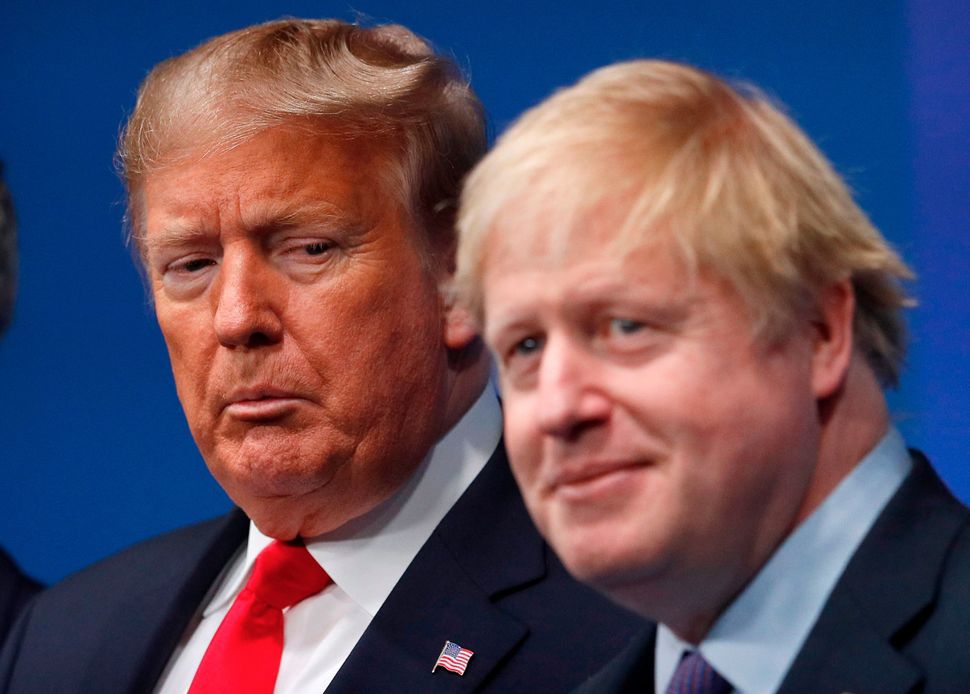 Watching the scenes of violence unfold in the United States Capitol on Wednesday from the United Kingdom was a surreal experience — but not an entirely shocking one.

It was clear, four years ago, when Donald Trump became the President of the United States, that he had been elected on a ticket of hyper-polarization, white nationalism and incendiary rhetoric. In many ways, it was predestined that this would be the result of him not winning a second term — or an unconstitutional third, fourth or fifth, as he suggested in bizarre Twitter videos he would like to do. Even before Trump lost the presidency in November, it was clear that he would not leave without a fight — or rather, without deploying his disciples to put up a fight for him.

“Stop the steal;” “the biggest fraud in American history;” “RIGGED ELECTION;” in Britain, we watched the increasingly delusional battle cries of Trump’s cult of personality with bemusement after his loss. It was extraordinary, given the gravitas the post of the President of the United States until recently had on the international stage. Flanked by the likes of Rudy Giuliani, the strange Trump children and a weak and compliant Vice President Mike Pence, it seemed there would be no containment — and no end — to the Trump Clown Show.

Seeing the scenes unfold in the Capitol — far-right protesters marching through the chambers carrying Confederate flags, wearing “Camp Auschwitz” sweatshirts and QAnon attire, while a Republican-elected representative spoke about what Hitler got “right” outside the door of the Capitol — was a stark reminder of what is at stake. Most alarmingly, it provided a deeper understanding of how it was possible for Germany to go from a liberal democracy to a Nazi state in less than a decade.

The warning signs, with Trump, were always there. His presidency has been marked by poignant flash-points. Charlottesville, where a white supremacist ran over and killed a peaceful protester, after which Trump said there were good people on “both sides.” This September, when Trump used the occasion of a presidential debate to explicitly tell the white supremacist group The Proud Boys to “stand back and stand by” on international television. The summer of 2019, when Trump called Jews who didn’t vote for him “disloyal.” And the literally countless xenophobic and racist slurs Trump has made not just over the course of his political career — but his life.

Wednesday afternoon, when Trump said in a video, since deleted by both Facebook and Twitter, that he loved those committing sedition in the capital, was just the cherry on top of his refusal to accept the results of a free and fair democratic election.

But it wasn’t even the first time that the lethality of Trumpism was made apparent. Before committing a 2019 mass shooting in El Paso, killing 23 people and injuring 23 more, the assailant used Trump-inspired language in his writing about Hispanic people. That same year, the Christchurch, New Zealand shooter who killed 51 people praying at mosques in New Zealand, cited Trump as an inspiration, “a symbol of renewed white identity.”

As a Jewish woman of color, watching Trump’s behavior has been painful, to say the least. Beyond the United States, the words of such a malignant demagogue put my own communities across the Atlantic in danger — especially when, as time went on, it became clear that Trump’s toxicity was infecting British politics as well.

Trump’s rise happened around the same time as the 2016 Brexit referendum, which polarized British politics in a way that was previously unseen. The political debates that followed were hyperpartisan, unapologetically dishonest and often rooted in a form of the same dangerous but powerful nationalism Trump had begun to normalize.

Hate crimes grew; racist rhetoric intensified; Jo Cox, a Labour Member of Parliament, was murdered by a far-right extremist. The way was paved for Boris Johnson to swoop in after the resignations of David Cameron and Theresa May. Boris Johnson: Britain’s own poundshop Trump. Beyond his physical resemblances to Trump, Johnson and his team, seeing what a political success Trumpism had been in the States, sought to emulate it.

A sampling of Johnson’s Trumpisms: he openly celebrates colonialism; has referred to Black people as “picanninies” with “watermelon” smiles; has said Black children scare him; and refused to say whether or not he believed Black people have lower IQs after his aide hired a eugenist.

In his days as a little-known Tory MP, Johnson wrote a novel in which he deployed virulently antisemitic stereotypes about Jewish people. As he’s gained more power, he’s approached Steve Bannon for political advice and allowed MPs who peddle antisemitic conspiracy theories about “cultural marxism” to remain unchallenged and unpunished. Johnson’s party is now so hostile on immigration that refugee babies are drowning in the English Channel, and our Home Secretary debates sending refugees to holding centers on obscure islands in the Atlantic — or using wave machines to disincentivize refugees trying to get to the U.K.

American readers: Does this sound familiar?

Like Trump, Johnson has lied and misled his way through much of his time in office. Just prior to the 2019 election, the courts found that he lied to the Queen, our symbolic head of state, about his justifications for prematurely proroguing Parliament, discontinuing Parliamentary assembly to serve his own political purposes. Since his rise, countless Conservative party advertisements have been found to contain outright lies and fabrications. The whole affair has had a bitter Trump aftertaste.

But America, unlike the U.K., is not stuck with Trump until 2024. No matter what Wednesday’s dismal display may signify, they voted for hope.

As a Brit looking in, it’s clear the hyper-polarized battle lines; proliferation of misinformation; rise of conspiracy theories, like QAnon, rooted in old-score antisemitism like that of the blood libel and the Elders of Zion; and the overarching scourge of white nationalism will not simply disappear when President-elect Joe Biden is inaugurated on Jan. 20.

The freedom and nonchalant behavior displayed Wednesday by Viking-clad QAnon conspiracist figures like Jake Angeli, who after breaking into the Capitol placed himself behind the dais of the Senate President; the frequency with the Confederate flag was paraded around openly and unapologetically through the center of America democracy; and the fact that a group of white Americans took actions that likely would have immediately gotten Black Americans killed will not end with Trump.

The malignancy of white supremacy is in America’s DNA. Trump is merely a symptom of a broader societal problem.

What happens next is in America’s, and only America’s, hands. It comes down to what the country wants to be in the aftermath of Trump’s destruction. What comes next, be it the 25th Amendment, impeachment, or just a transition, the next 13 days will be vital.

No matter what, one thing is certain: America will live under the shadow of what happened tonight for years to come. And, as a Black Jew, I watch with trepidation and anxiety as I imagine the effect on my communities across the pond.

Nadine Batchelor-Hunt is a British journalist and broadcaster