To understand Sheldon Adelson’s mark on the world, look to George Soros 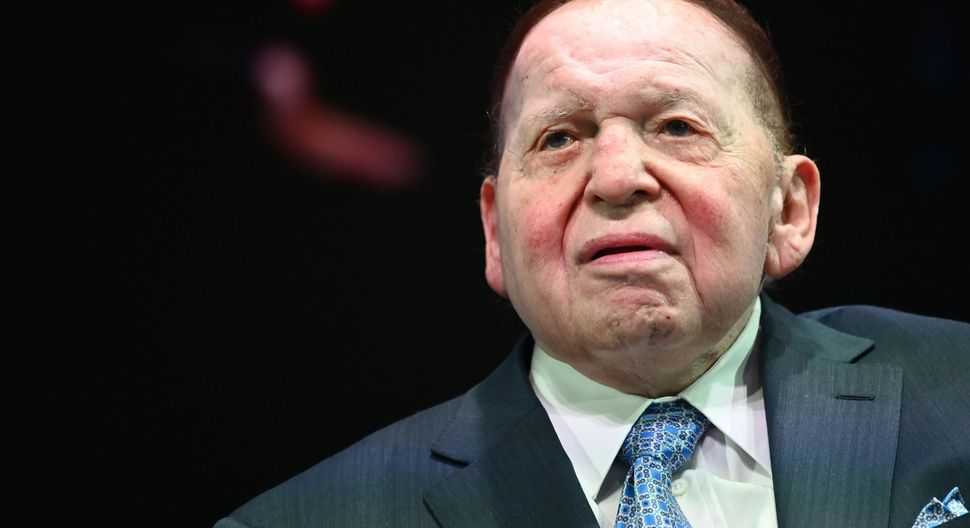 When a generation begins or ends often clicks into focus only in retrospect.

Even so, the passing of Sheldon Adelson at the age of 87 clearly marks the end of a chapter. He was a casino mogul who made big bets on Republican politics in the United States and Bibi Netanyahu in Israel, as well as Birthright and a range of other programs that have fundamentally remade what it means to be Jewish. Jews, both in the United States and Israel, to a large extent live in the world that Adelson built.

But he didn’t build it alone.

It is sometimes the case that historical figures reveal their full significance only in conversation, rather than in a soliloquy. Think of Hillel and Shammai in the Talmud, finding their voice in argument. Or David Ben-Gurion and Menachem Begin, battling for the soul of the Jewish State. For every Alexander Hamilton, there is a Thomas Jefferson; for every Betty Friedan, a Phyllis Schlafly.

So too, Adelson’s near-contemporary George Soros has been his counterpart. Both men, gamblers who sought to remake the world in their wildly different Jewish images, have commanded their share of public attention in their own right. But viewed together, they present a remarkably clear reflection of a painfully divided people. There are Soros Jews and Adelson Jews — and who knows when they might sit and dream together again.

As Adelson was a staunch man of the right, Soros has for decades been a kind of patron saint of the left. Adelson scrapped his way from the slums of Boston to the penthouses of a seemingly endless number of lavish hotels. Soros’s family escaped the Holocaust to the U.K., where the immigrant banker famously shorted the pound to make a billion dollars in the early 1990s.

Both attained almost unfathomable wealth, with bank accounts that at various times surged north of $30 billion.

And both became famous not only for accumulating vast quantities of wealth, but also for giving much of it away.

In addition to the millions he spent on the Republican Party, for which he was an indispensable financial kingmaker, Adelson gave millions to medical research, Yad Vashem and Birthright. He bought newspapers, the Ambassador’s residence in Jerusalem and, according to some accounts, the possibility of a Donald Trump presidency. Soros, through the Open Society Foundations, channeled billions toward a range of political causes across Europe and the world, including the founding of the Central European University — since shuttered in Soros’ native Hungary — the transition of Eastern and Central Europe away from communism and the funding of a range of organizations hostile to Israel and Zionism and supportive of BDS.

Adelson saw Israel as the lynchpin of his legacy. Soros made clear that he wanted nothing to do with it. The scope and scale of their influence made both the targets of antisemitic attacks and conspiracy theories, more explicitly in the case of Soros, who has become a bogeyman for all the old calumnies in Europe and, increasingly, the United States. Both seemed to run into the most ancient of buzzsaws: the Jew who succeeds too well, accumulating so much money and power that they become a target. The Rothschilds of old would have understood.

And yet, despite both men’s power, with Adelson’s passing and Soros in winter it is increasingly clear that each saw out of only one eye.

Adelson was right about Israel’s centrality to modern Jewish life. Birthright, in its efforts to make Israel the focal point of young American Jews’ religious and cultural education, has proven to be one of the most successful initiatives of the Jewish people in modern times. Adelson’s unapologetic belief in a strong Jewish homeland, and his willingness to fight for it, will give him a place in the Jewish story once the slot machines and craps tables are long hushed, and Las Vegas returns to the sand from which it was conjured.

But Adelson’s commitment to the most retrograde elements of American and Israeli political culture helped guide a narrow and dogmatic vision of both countries to the mainstream. He lived to reap the consequences, seeing his relationships with both Israel’s Prime Minister Benjamin Netanyahu and President Donald Trump decline in his last months. In the final week of his life, the implosion of the Trump presidency amidst a Capitol ransacked by brutes clad in Auschwitz merchandise made for a powerful illustration of an investment gone rancid.

Soros, too, has been hobbled by a partial perspective. He rightfully saw that the freedoms and guarantees of a liberal society could not be taken for granted, and that safeguarding the post-war constellation of liberal democracies would require constant work. The backsliding of his native Hungary into another authoritarian regime fluent in antisemitic tropes poignantly demonstrated democracy’s fragility. But Soros’ indifference to whether the post-Holocaust world should have a Jewish State, and his inability to grapple with the fact that the enemies of that project are often the contemporary faces of antisemitism, indicate an incomplete understanding of what is needed to keep Jews safe.

Adelson and Soros have become caricatures of the right and left, old men with enormous wealth whose partial view of the world has mattered to the whole world. They are the architects of our polarized age and the emblems of our divided people, and their legacies only make sense — tragically — when seen as two halves of a whole. It is long past time to call both of these gamblers’ bluffs in favor of a better balance.

To understand Sheldon Adelson’s mark on the world, look to George Soros