‘A proud, tough Jew’: Sheldon Adelson through the eyes of some who knew him well 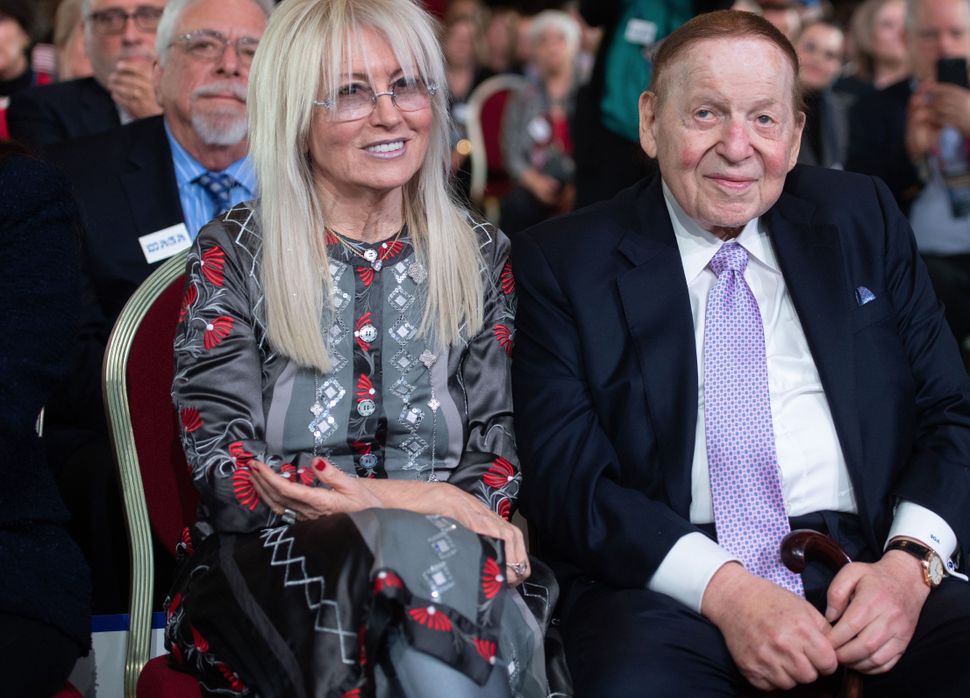 Billionaire donor. Republican kingmaker. Casino magnate. Those were among the phrases that blared from national headlines on Tuesday in the hours after Sheldon Adelson’s death at 87.

But the Jewish political activists, nonprofit executives, commentators and diplomats who worked with him up close are mourning a different Adelson. “A proud, tough Jew,: was how one put it. “Like a little kid,” said another. “Very direct.”

The mark Adelson left on the political, philanthropic and media landscapes in Israel and the United States will be debated in the coming days. He is lionized by the right, demonized by the left, and ripe for caricature. For those who knew him well, though — as with any death — the loss is much more personal.

In a series of separate interviews on Tuesday, six men who worked with Adelson on various projects over several decades shared some memories of reflections of the man behind the headlines. 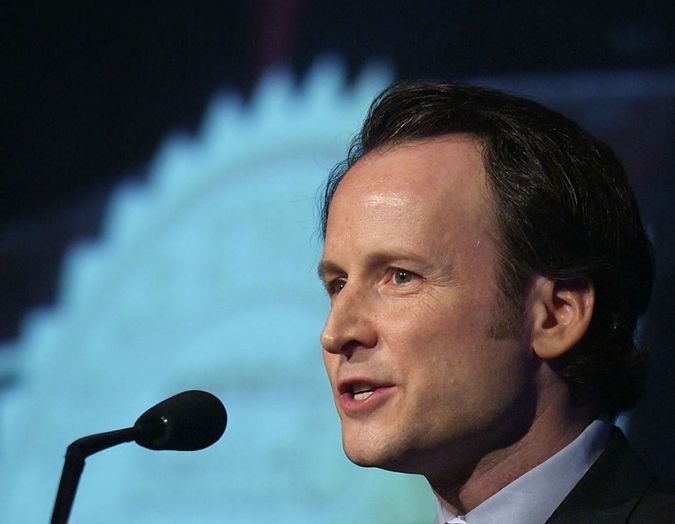 Adelson and the Israeli-American media magnate Haim Saban created this group in 2015 to combat antisemitism on college campuses, Brog said Adelson determined to provide students with the support and resources they need to fight antisemitism and hatred and took it on as a personal project.

Brog said Adelson was patient, treated people kindly and with respect, and was empathic and caring for the people he worked with.

When Brog’s oldest son, Jacob, was born shortly after the family moved to Las Vegas in 2015, he had some medical problems and needed to fly to Salt Lake City for emergency surgery, Adelson loaned the family his private jet to fly and return with the baby.

In all the years since, Brog said, whenever the two spoke — the last time was via Zoom in November — Adelson always inquired about Jacob’s well being.

“It would be a mistake to think of Adelson only in terms of his political givings,” Brog said. “At a moment like this, every decent person should recognize his philanthropy, his charities, his leadership, and not fall into the trap of just focusing on political disagreements.”

Today is a daythat words fail to capture the feeling of sadness and loss. I lost a great friend and mentor with the passing of Sheldon Adelson. A great man, a true giant. The world is a better place because of him.
I’m blessed to have had him in my life. This pic makes me smile pic.twitter.com/sABOU2wXel

Adelson, the largest single donor to Republicans nationwide in the last several political cycles, was also the prime funder of the coalition, which was created in 1985. Brooks said it has always amazed him that, despite his wealth and stature, Adelson always looked at things through the prism of a poor kid from Dorchester, the Boston neighborhood where he grew up.

“He would get a big bowl of sugar-free frozen yogurt with sugar-free chocolate sauce in the middle of these important meetings,” Brooks recalled, “along with a big glass of iced tea, extra ice and two big straws, and he was happy as a lark.”

Those who wanted to catch Adelson in a good mood, Brooks said, “ knew to schedule a lunch in his office on Fridays.”

“That was his favorite day — they brought him hotdogs and sliders,” he explained. “He just never lost touch with who he was and where it came from.” 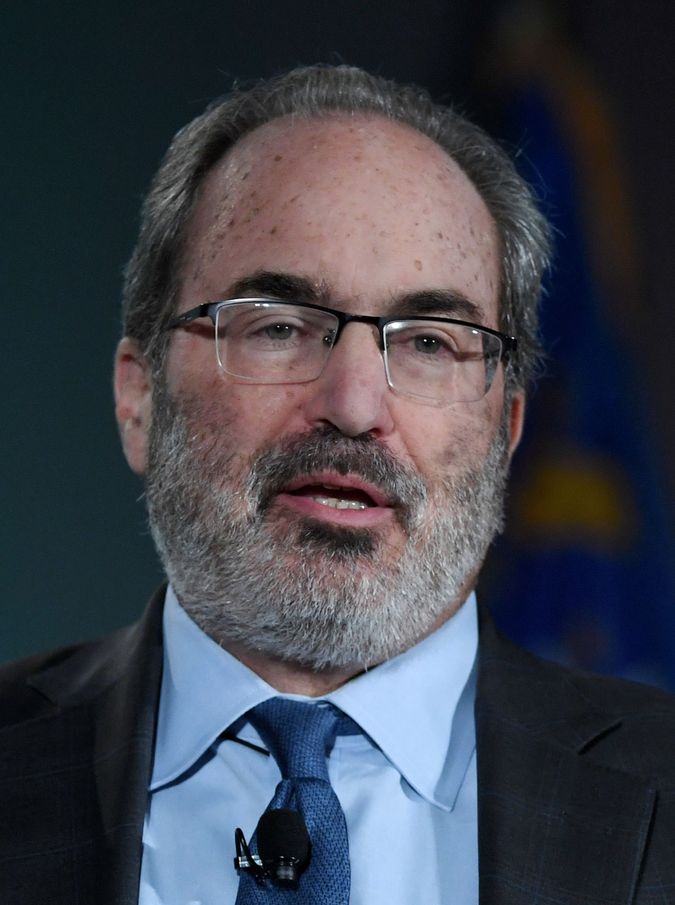 Ralston covered Adelson as a journalist for years, and was very critical of his controversial purchase of the Las Vegas Review-Journal. But Adelson never scolded him for the criticism, Ralston said, “and I’m going to miss him for that.”

Adelson was not as directly involved in politics as it sometimes seemed, Ralston said, explaining that he had simply been advised by people he trusted that bankrolling politicians would help achieve his goals.

“He knew what he wanted and he would give instructions, but he wasn’t counting the millions of dollars that he donated,” Ralston explained. He was “a man who said what he meant and meant what he said.”

Ralston acknowledged that Adelson “clearly had an occasional vindictive streak and was obsessive when he wanted to do something, whether it was getting the embassy to Jerusalem or trying to crush the convention authority here in Las Vegas, and he generally got what he wanted.”

But he also highlighted Adelson’s “remarkable” move, when the pandemic struck last spring, to promise paying his employees in full despite the closures of his casinos.

“I can understand why people are upset that he funded Trump or made that offhand comment about bombing Iran or did all kinds of other things with his political contributions,” he continued, “but that doesn’t necessarily negate his acts of generosity manifested throughout his life.” 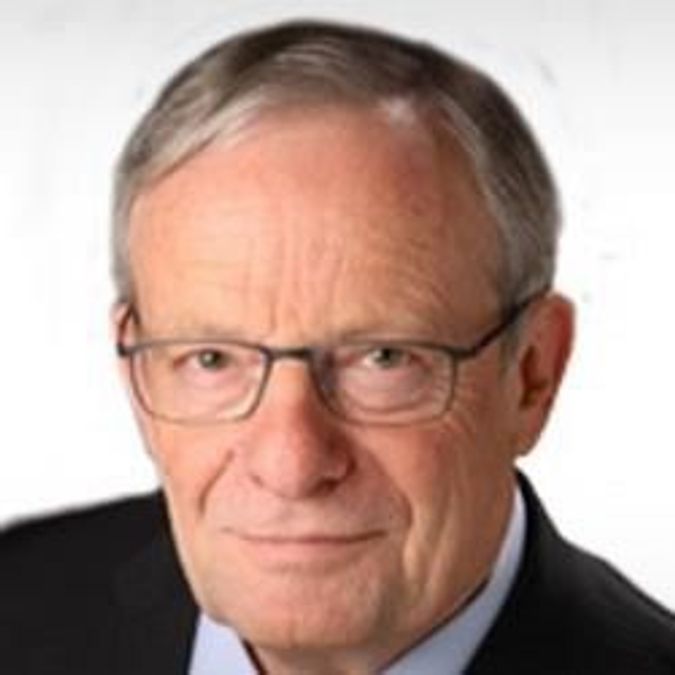 Adelson and his wife, Miriam, have given some $410 million since 2007 to Birthright, or 18% of its total budget. But in Tapoohi’s five years at the helm of the organization, which sends thousands of young adults to Israel for free, he said Adelson “didn’t interfere with any of the operational logistics aspects or express interest in the internal discussion of policy” at any time.

“He was always sharing his story about his father who never made it to Israel and he was determined to make sure that other Jewish young adults never miss the opportunity of actually coming and visiting Israel,” Tapoohi said. “And when he heard that there was a waiting list for the program and we have a situation where we have twice as many applicants as we have spots, he obviously increased his support for birthright.”

“His concern was not for the politics whatsoever,” Tapoohi added. “I never heard him saying to me, ‘‘Let’s make sure we get these young Jewish adults to Israel so that they become more right-wing.’ He wanted them to come to Israel to learn and understand what Israel is all about.” 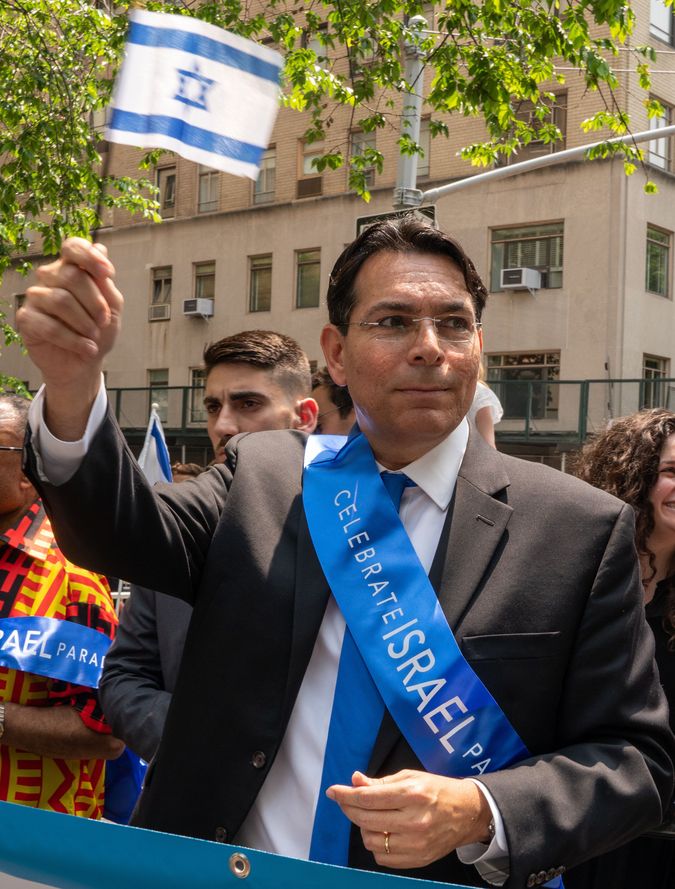 Danon said he and Adelson had many long conversations, particularly about President Donald Trump’s 2017 decision to move the United States embassy to Jerusalem to Tel Aviv, and that they shared “a similar approach” of being “very direct.”

Adelson was one of the principal advocates for moving the embassy, and Israeli news media reported in December that he was the anonymous buyer who paid $67 million for the former ambassadorial residence.

“I remember one night he told me that he had no doubt that it will happen because ‘I took it as a mission and when I take on a mission, I accomplish it,’” Danon recounted. He said that Adelson was equally instrumental in getting Guatemala to follow suit.

One night in early November 2016, Klein was in Poland having dinner with some government officials when his phone rang. He excused himself and left the room. On the other line was Adelson, his friend for more than 20 years.

“You are the first one I called,” Klein recalled Adelson saying. ‘I just left Trump Tower where I met with the president-elect.’

“And he promptly said, ‘I’ve been urging him during the campaign and I urged him again today, and he said, ‘Sheldon, I promise you — during my first term as president I will move the U.S. embassy to Jerusalem.’

Klein also recalled once having dinner with Adelson at his penthouse condominium in Jerusalem when the doorbell rang. Adelson answered the door, and in walked Israeli Prime Minister Benjamin Netanyahu. Klein said that Netanyahu turned to Adelson and quipped, ‘Oh my God Sheldon, you know Mort too?’

Adelson then turned to Netanyahu and asked him, ‘Don’t you just love Mort? Don’t you agree with everything he says? “And Bibi hesitantly says, ‘Yes yes,’” Klein said.

‘A proud, tough Jew’: Sheldon Adelson through the eyes of some who knew him well