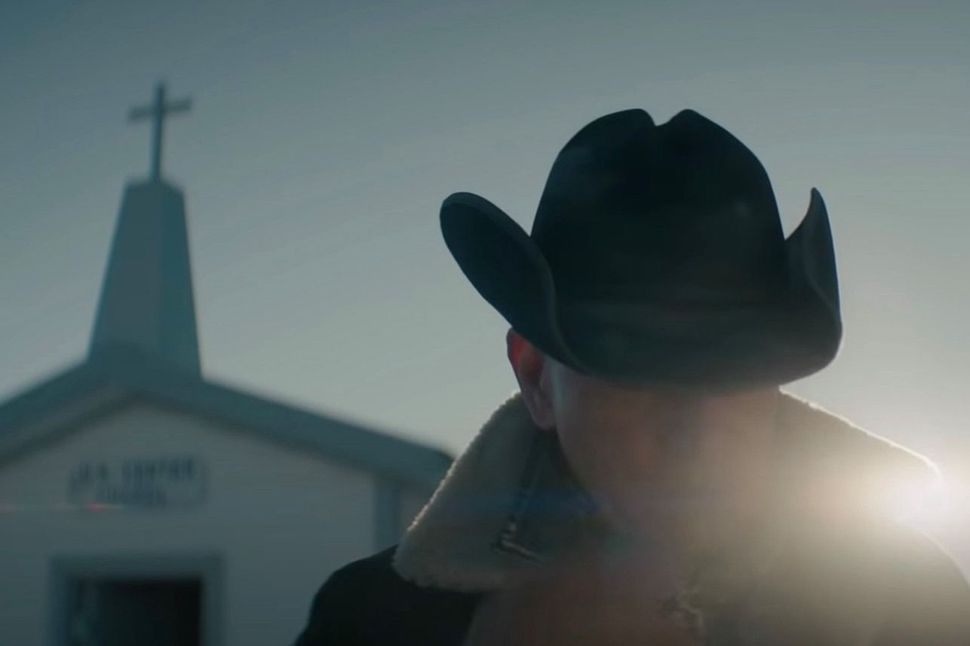 I spent a lot of this week ruminating about the promises and perils of the First Amendment. Unsurprisingly, it’s my favorite part of the Constitution. As a journalist and as a Jew, I use it practically every day.

“Congress shall make no law respecting an establishment of religion, or prohibiting the free exercise thereof,” it declares boldly, “or abridging the freedom of speech; or of the press; or the right of the people peaceably to assemble, and to petition the Government for a redress of grievances.”

But “freedom of speech” and “freedom of religion” are not as simple as they sound. They’re tricky and messy concepts, inspiring ideals that often translate imperfectly to our actual lives.

Take the stirring ad starring Bruce Springsteen that aired during Sunday’s Super Bowl. Titled, “The Middle,” it showed the rock icon in and around what he described as “a chapel that never closes” in Lebanon, Kansas — the geographic center of the Lower 48 — where, he said, “all are more than welcome.”

Bruce Springsteen in a Jeep commercial Courtesy of Youtube

I loved the message of the ad almost as much as the husband loves “Thunder Road.” ”The middle has been a hard place to get to lately, between red and blue, between servant and citizen, between our freedom and our fear,” Springsteen said. “We  need the middle. we just have to remember the very soil we stand on is common ground.”

But next to me on the couch, my 13-year-old daughter was filled with righteous Jewish anger. 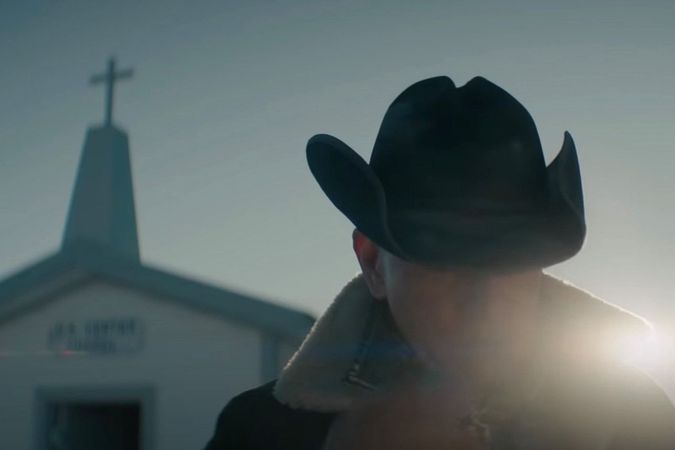 My daughter was baffled that this call for unity would come from a church with a cross on its roof. Did Springsteen and Jeep and CBS, the network broadcasting the Super Bowl, not see how alienating these symbols are to us non-Christians? What happened to the separation of church and state?

As Jeremy Burton of the Jewish Community Relations Council wrote in this excellent JTA OpEd, “we should proceed with caution in embracing faith as a unifying civic principle.”

And that was just a Super Bowl ad. With the opening of Trump’s second impeachment trial on Tuesday, the stakes were much higher for our beloved First Amendment. The former president’s defense against the charge that his words incited the Jan. 6 riot at the Capitol is, essentially, that to convict him would be to curtail his right to free speech.

This very serious and consequential discussion was overtaken Tuesday afternoon — at least on Twitter — by a ridiculous one over why his Orthodox lawyer, David Schoen, kept putting his hand on his head while taking a sip of water. As my yarmulke-wearing colleagues Benyamin Cohen and Jacob Kornbluh explained (with a little help from their bare-headed friend PJ Grisar), it is especially important for religious Jews to cover their heads while eating or drinking, so Schoen — who had decided to forego a yarmulke for the trial — improvised. 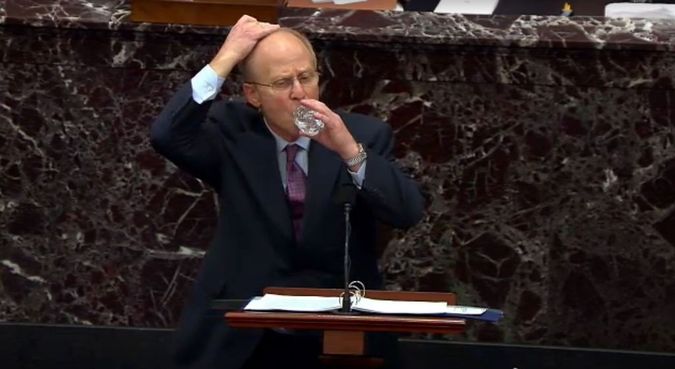 Fine. But also: not fine. Schoen later told CNN that he had taken off his yarmulke because he “just wasn’t sure if it was appropriate.” He added: “I didn’t want to offend anyone.” And: “It’s just an awkward thing and people stare at it.”

Think about this: A lawyer representing the President of the United States in a historic trial centering on the First Amendment felt compelled to remove the symbol of his religion that the First Amendment guarantees his right to practice because he “wasn’t sure if it was appropriate,” because he thought it might “offend” his audience, because it’s “awkward,” because “people stare.”

By Wednesday afternoon, Schoen had returned to the floor of the Senate wearing his black yarmulke, and news had broken that Springsteen was arrested for drunken driving in November, causing Jeep to remove its ad from YouTube. That same day brought the death of Larry Flynt, the notorious Hustler publisher who The New York Times called “an unlikely hero for free speech” at the top of its obituary.

Oh, how messy and tricky is our First Amendment, setting out ideals that often translate imperfectly into our real lives. I cannot help but see a connection between the Super Bowl ad and Schoen’s (phantom) yarmulke.

The lawyer, who also withdrew his initial request that the impeachment trial break for Shabbat, certainly has the equal right to wear or not wear his Judaism on his sleeve — err, head — whenever he chooses.

But as long as Springsteen and Jeep put “the middle” inside a church, ignoring the fact that many of us would not feel comfortable “coming together” under a cross, we should not be surprised that some observant Jews are going to wonder if it is “appropriate” to wear a yarmulke while invoking the First Amendment. That, to me, is what is really “awkward.”