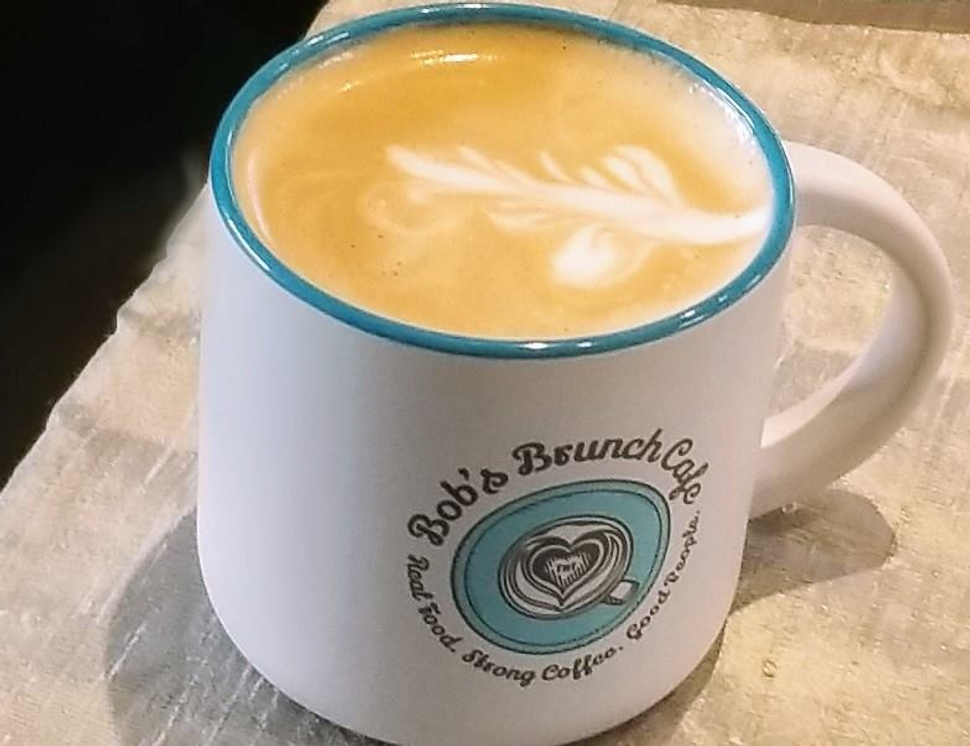 This is an adaptation of our weekly Shabbat newsletter, sent by our editor-in-chief on Friday afternoons. Sign up here to get the Forward’s free newsletters delivered to your inbox. And click here for a PDF of stories to savor over Shabbat and Sunday that you can download and print.

The president of our synagogue called a few weeks ago to ask what it would take to reopen my little restaurant.

Restaurants, of course, have been one of the industries most devastated by the coronavirus pandemic. The National Restaurant Association reported a 24% loss in revenue — more than $200 billion — and the long-term shuttering of some 110,000 of America’s 1 million eateries last year.

Our tiny, volunteer-powered, experimental pop-up Bob’s Brunch Cafe is not officially part of this toll, but has also been on indefinite hiatus. The president, my friend Josh Katz, wanted to let me know that as he and the other leaders of Temple Ner Tamid in Bloomfield, New Jersey, had started thinking about post-pandemic re-opening, Bob’s felt as important as in-person prayer. 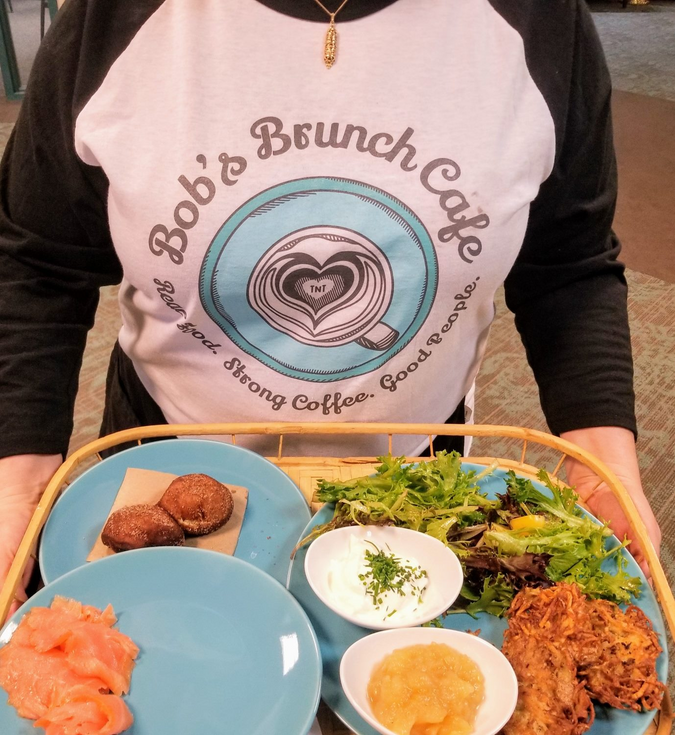 Bob’s opened in November, 2018, with an ambitious menu featuring made-to-order shakshuka alongside signature mugs and T-shirts bearing the slogan, “Our cup runneth over.” We had live music in the corner of the humble library remade to resemble a hip cafe.

The crowd ranneth over the small space, and the noise disrupted religious-school classes, so the next month, Bob’s moved to the chapel — a longer shlep from the kitchen for our middle-aged mom servers, but a bigger, blanker canvas for the bohemian vibe we were trying to build.

We kept experimenting in the kitchen: egguritos, harvest grain bowls with fresh hollandaise, challah French toast with berry sauce, frittatas, Mexican egg bakes, and always at least one gluten-free option among the homemade muffins and breads. It was, in a word, a hit. 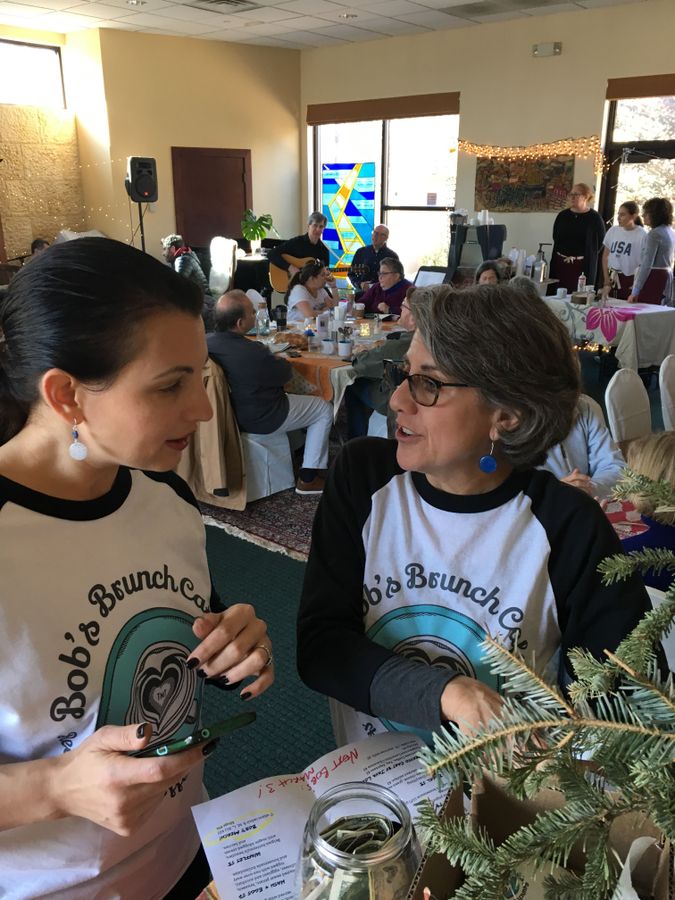 But the origin story of Bob’s matters more than the menu. It began back in 2017, as the shul was readying for the retirement of its rabbi after nearly four decades. An anonymous donor gave $10,000 for a Big Idea, requiring only that it be something the synagogue had never done before.

I was one of a half-dozen people invited to serve on the Big Idea committee, and we set about canvassing the community. There was a detailed application form, and there were also index cards on which kids submitted suggestions, including some with just a single word (“restaurant”).

We got some really Big Ideas: dig up the front lawn to build an underground pool and gym, build a parking garage over the often-crowded parking lot. Start a podcast, run a golf tournament, build a community garden, launch “Jewber” — a ride-sharing service for seniors and shut-ins. Some were clearly too big, others felt too familiar: more adult education, a mission to Israel, a community cookbook. 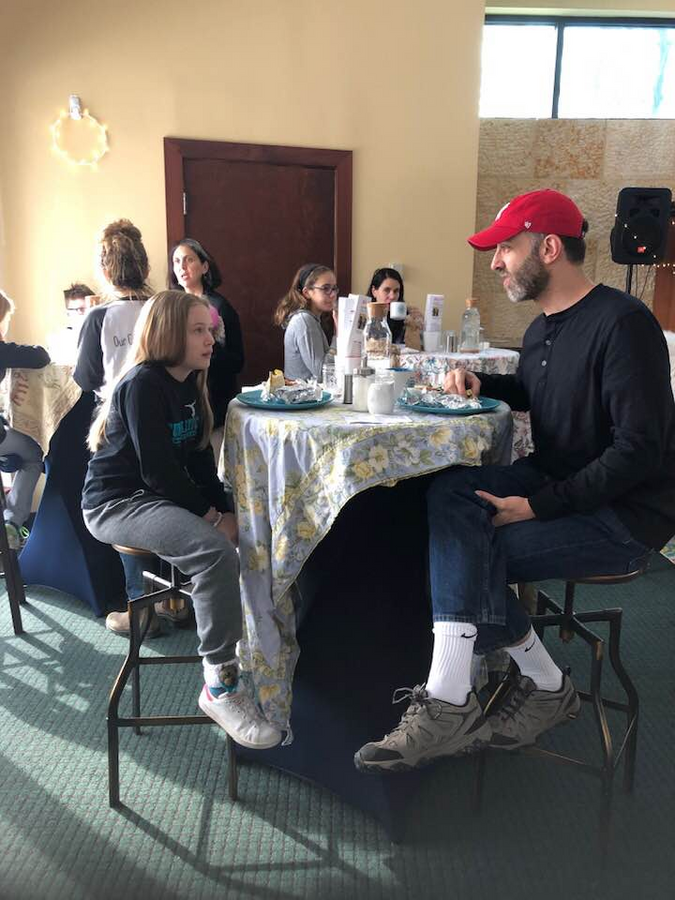 But we quickly detected a theme: people were looking for ways to connect, for reasons to be in the building besides services and study groups. And a lot of the ideas, perhaps unsurprisingly, revolved around food — expand the coffee room, add vending machines, that single word, “restaurant,” on the index card from a fifth-grader called Bob.

The leader of our committee recalled once visiting in St. Louis, Congregation Shaare Emeth, where the Brotherhood ran a monthly “Kibbitz Cafe.” I called up the guy who ran it — a former executive chef at a Los Angeles restaurant — and he shared the backstory.

It began about four years before as a way to get parents of religious-school kids to stick around on Sundays rather than head to Starbucks. But the yummy food and low prices (eggs any style with potatoes and bagel for $5.50, lox platter $7.50) had ended up drawing a broader crowd, including many non-members.

It took about 35 volunteers each time and drew an average of 120 guests, yielding a small profit for the synagogue. The coordinator, Ken Stein, also said he had repeatedly rejected suggestions to add a guest speaker or other program.

“I don’t want people to feel like they’re going to get preached to, going to get religion,” he told me. “This is down time, just a chance to connect with other people in the synagogue.” I agreed entirely, and similarly have rejected such suggestions for our Bob’s. 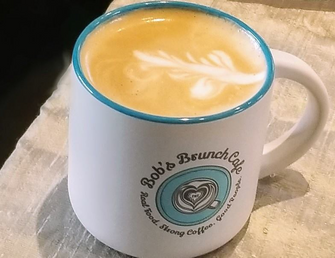 Running a restaurant, even a tiny one a half-dozen times a year, is a ton of work, especially for a bunch of volunteers who mostly have demanding full-time day jobs. But if you love to cook — and schmooze — it is also a ton of fun.

Our team was led by a creative amateur chef who had grown up in the shul and long before moved to Manhattan, but came back for each Bob’s with his wife — and, eventually, their newborn strapped to her chest as she chopped vegetables. His parents were also kitchen-crew stalwarts, and we later recruited a 10th grader who had competed on “Chopped Junior.” We had more grownups wanting to be servers than we could use, backed by kids collecting community-service hours for clearing tables and running orders.

We soon had regulars, though also some new people each time. We had basically paid off the initial investment and were breaking even, plus collecting about $100 in tips each time that we put towards a monthly hot meal the synagogue served for the food-insecure at a local church.

But we were also bone-tired: the same few volunteers who showed up early to set up the cafe and start the shakshuka sauce would inevitably be the only ones left to put all the pillows away, wash and dry the last plates, count the money. I remember asking myself, knees aching, on those Sunday evenings, whether it was worth it.

The pandemic provided a clear answer. While ours and other synagogues have responded to social-distancing restrictions with dynamic virtual programs that I hope will continue long after we’re all vaccinated, you cannot share shakshuka over Zoom. 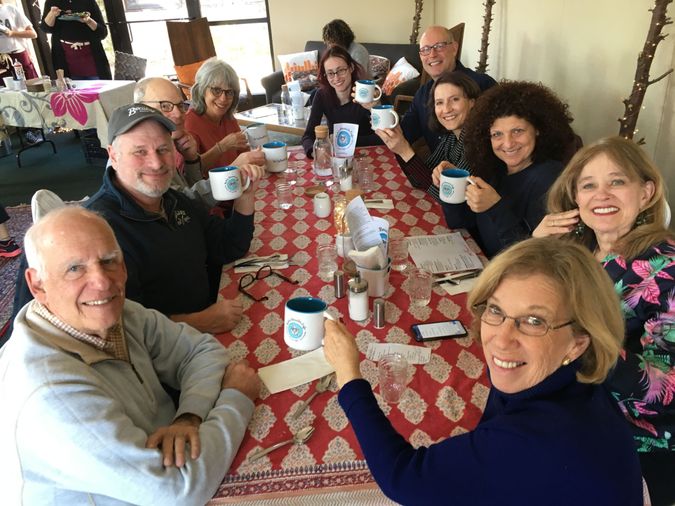 There is no replacement for the serendipitous schmoozing that happened at Bob’s. That’s what Josh, our synagogue president, was calling to say. That Bob’s was not just an extra, it was essential to one of the key goals of any synagogue, creating community.

As we approach Purim this week, it’s both hard to believe that it’s been nearly a year of this new very-not-normal, and hard to remember what life was like in the Before Times. Not quite a year ago, we had 50-plus people packed into our house for the after-party of the temple’s shpiel, which the husband directs; this week, he’s been working via Zoom with the cast and crew to create a video-montage version from the archives. The real question, I think, is what next Purim will be like.

And what will the next Bob’s be like? My last email to our stellar crew, after the last Bob’s on Feb. 2, 2020, reported that French toast had been our No. 1 seller, with 27 orders, and that we’d rung up $932 in sales. We had a bunch of new volunteers who had adapted seamlessly. I wrote that the next Bob’s was scheduled for March 22, but that I’d be traveling, so we might have to postpone. How prescient.

As synagogues reopen in the coming months, they’ll have a lot of decisions to make — what to keep from this era of virtual programming; how to re-engage people who have fallen away;  how better to serve the evolving needs of new generations of Jews that might just need a Big Idea — something synagogues had not done before — to bring them in the door.

I’m thrilled to know our leaders see Bob’s as a key part of that mix, understanding that the essence of a congregation is the community part. I cannot wait to get back in the kitchen and try some of my pandemic recipes out on the regulars.