What the Surfside tragedy teaches us about ‘critical maintenance’ 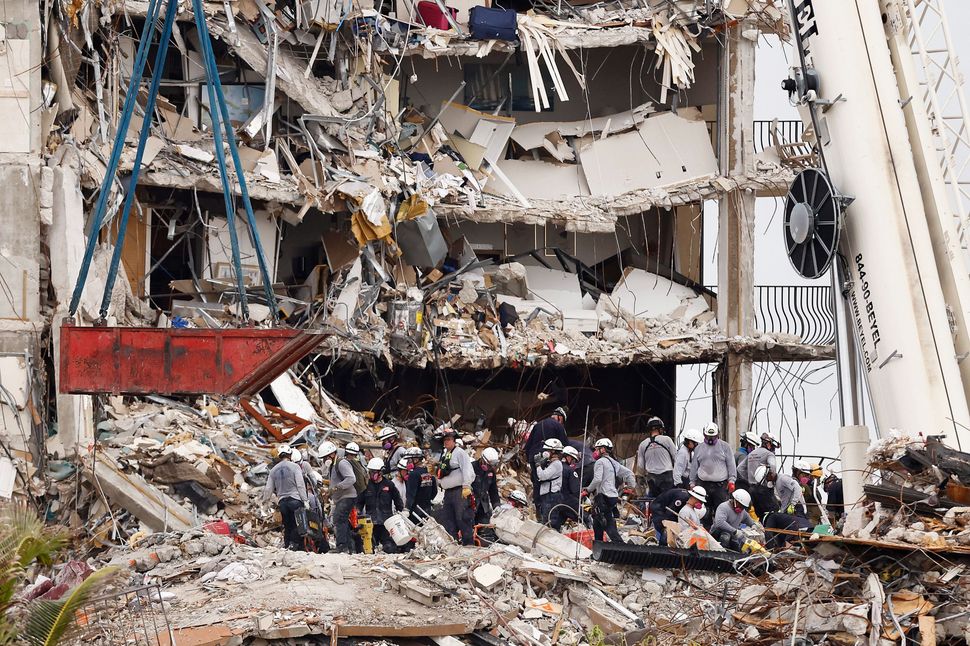 While driving my daughter to her viola lesson this week, we heard a radio story about the condominium collapse in Surfside, Fla. — an event as absurd as it is agonizing. As one resident in the neighboring tower put it, these things are not supposed to happen in this country.

As a structural engineer being interviewed on the radio reviewed the possible causes to this tragic event, I noticed a blinking yellow light on the dashboard of my 2019 Toyota Camry. It advised that it was time for my 50,000-mile maintenance.

In fact, the light had been flashing for several weeks; the car’s odometer is now at 54,098. Rather than resign myself to a trip to the mechanic and a service cost of $300 to 400, I had been telling myself that such “critical” car checks are not at all critical.

Warning lights, we now know, had been flashing for years at Champlain Towers South, the 12-story condo building in Surfside where 18 have been confirmed dead and some 150 remain missing.

In 2018, an engineer discovered that “major structural damage” affected the concrete slab under the roof-top pool, as well as the concrete pillars below the garage. Failure to address these issues, the engineer concluded, would “cause the concrete damage to expand exponentially.” But he also acknowledged that the repair work would be “extremely expensive” and disruptive.

Eighteen months after this engineer’s report, the condo association hired his firm to prepare repair plans. But the work never got started. In April of this year, the president of the condo association sent an urgent letter to residents, warning that the building’s structural integrity was at far greater risk than they had known.

The repair work to halt the “accelerating” damage to the concrete support system, she revealed, would cost $15 million. The residents signed off on the plan, according to the Washington Post[https://www.nytimes.com/live/2021/06/29/us/miami-building-collapse], but by then it was too late.

Back in my car, I was struck by a realization. My avoidance of the dashboard light’s notification of a need for maintenance was similar, though on a dramatically smaller scale, to the way some of the condo’s residents had approached the warnings about their building’s need for expensive repairs: I simply avoided taking any action at all. In both instances, we were thinking fast, not slow.

That idea, of course, was made famous by Daniel Kahneman, the Nobel Prize-winning economist whose remarkable and remarkably sobering book, “Thinking, Fast and Slow,” was published 10 years ago. The book explores the many ways that the power of sensations overrides our power of deliberation, and how our bent for rationalization often trumps our capacity to reason.

Navigating the world with unreliable guides like confirmation bias and halo effect, we are, as Kahneman puts it, “machines for jumping to conclusions.” Another dubious compass we use unwittingly is loss aversion. In a chapter titled “Bad Events,” Kahneman writes, most of us evaluate outcomes most of the time as gains and losses. And, he notes, “we are driven more strongly to avoid losses than to achieve gains.”

This is true with monetary matters and with social capital — and in sports. Kahneman offers a brilliant account of how the phenomenon plays out in golf, a game where the lowest score wins. Players spend far more energy trying to avoid bogeys — a score above par, the number of shots an expert would be expected to take to reach a particular hole — than they do trying to land birdies, or scores under par.

The drive to avoid losses and to achieve gains, Kahneman concludes, “shows up almost everywhere.”

“Almost everywhere” includes Surfside. Over the past few days, journalists have revealed fissures among the condo association’s board members and residents as worrisome as those in the building’s concrete pillars. Debate and dissension over the need and cost of repairs may have played a role in delaying the work.

“It took a lot of time to get the ball rolling, and of course there was sticker shock,” one former board member told The Washington Post, “Nobody truly believed the building was in imminent danger.”

And, crucially, these owners are hardly unique. As a Miami Herald editorial remarked, “condo owners often push back on expenses.”

Owners push back against expensive maintenance not because they are bad actors, but because they are, like the rest of us, all too human. We require superhuman strength to always push back, without pause or stumble, against what makes us human: our biases and limitations.

This makes the unspeakable loss of life in Surfside especially tragic. That word, “tragic” — invoked countless times since the building’s collapse — evokes a heart-breaking or soul-numbing, calamitous or catastrophic event. And the collapse is all of these things.

But it is also tragic in the sense the ancient Greeks and, I believe, Kahneman would recognize: the fault lies not in the rebars, but in ourselves.

The work of rewiring, he concluded, is slow, difficult and inevitably incomplete. As for his own wiring, Kahneman confessed “I have made much more progress in recognizing the errors of others than my own.”

Me too. But I now plan on taking my Toyota to the mechanic. Perhaps next week.

What the Surfside tragedy teaches us about ‘critical maintenance’