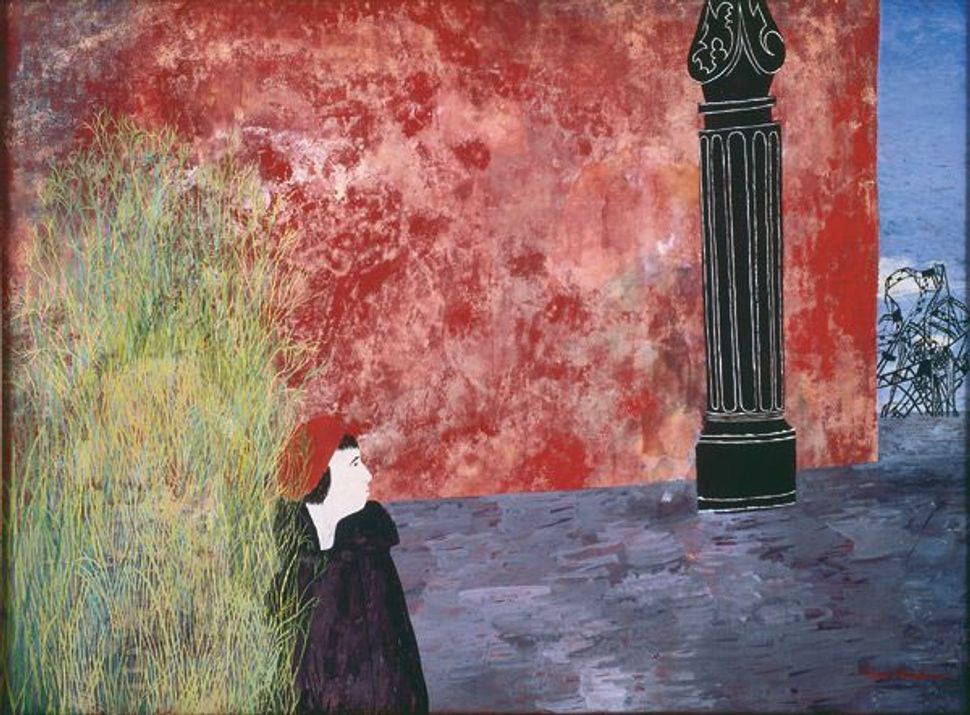 Discerning lovers of Jewish art have until January 17, 2010 to see the exhibit “American Artists from the Russian Empire” which opened in October at the San Diego Museum of Art. They will need to be discerning, because although the exhibit features major works of interest by Ben Shahn, Louise Nevelson and Mark Rothko, greeting–card mediocrity is also displayed. 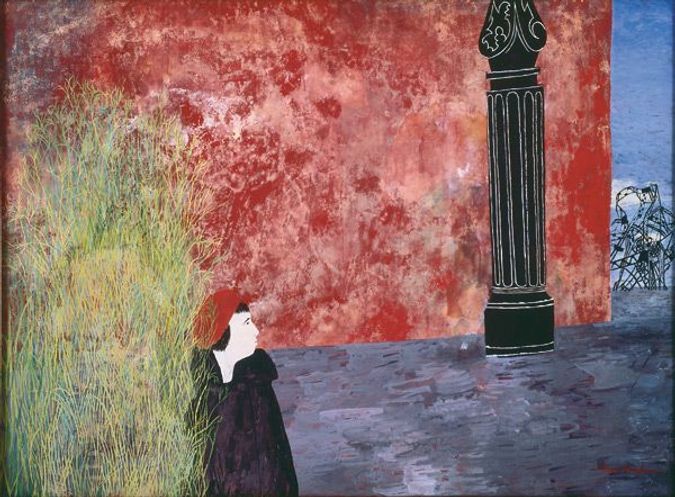 This peculiarly uneven show is organized by the Foundation for International Arts & Education, a political-business association which backs traveling exhibits of kitschy realist painters and a forthcoming historical show about the father of the current U.S. Ambassador to Russia. The exhibit’s ineptly garbled and often irrelevant catalogue (essays on Hollywood, music, etc.), produced by the State Russian Museum does not mention the word “pogrom” or indicate why artists, Jews and others, were forced to flee Mother Russia. Thus, an innocuous still life and landscape by Abraham Manievich are shown here, instead of his more pointed oil on canvas, “Destruction of the Ghetto, Kiev, 1919,” now in the Jewish Museum, from the storerooms of which many works are lent.

Another usually unseen canvas from the Jewish Museum, “Pig’s Feet and Vinegar, 1927” by Peter Blume, who painted a dreamlike New England scene, is bizarrely misread in the catalog, where pig’s feet are described as “forbidden fruit which is not available to a Jewish girl.”

Moses Soyer’s moving “The Lover of Books,” also from the Jewish Museum storerooms, should have been paired with another portrait of the artist’s father, a Hebrew scholar, from the same source by his brother Raphael. Missed opportunities also include poor choice of works by Mané-Katz, an artist of some power, who donated a museum’s worth of art to the city of Haifa.

Boris Margo’s hellish landscapes influenced by Bosch and Dalí are worth a visit, along with the sure values of Shahn, Nevelson and Rothko. Yet, since Imperialism and antisemitism are booming in Russia today, the very title is a chilling reminder of what can come from a “Russian Empire.”

Watch a harried Frenchman, Ghislain d’Humières, explain the exhibit ‘American Artists from the Russian Empire’ at one of its previous stops, the University of Oklahoma’s Fred Jones Jr. Museum of Art: