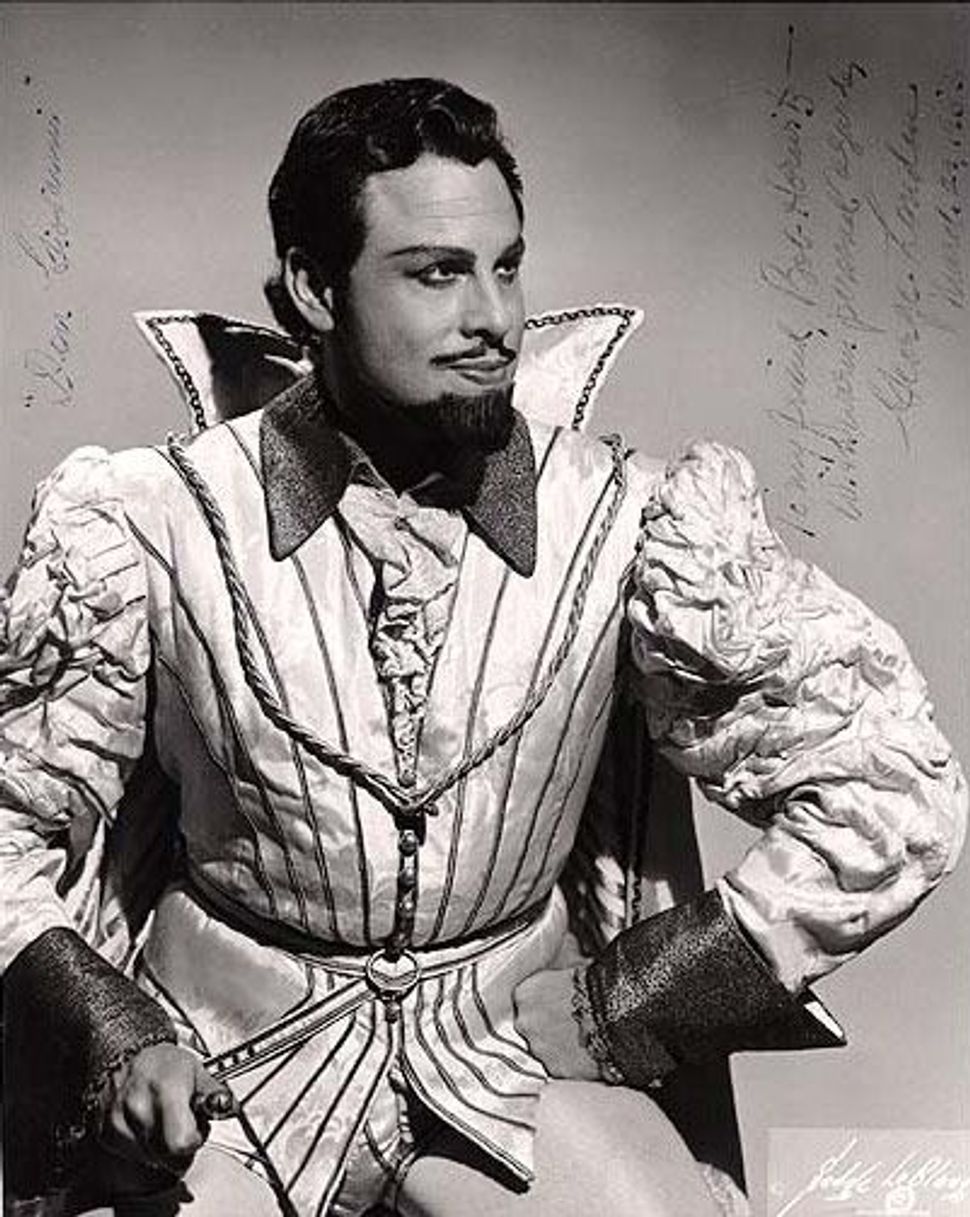 The family of Canadian-Jewish baritone George London (born George Burnstein in 1920) originated in Sirvintos, Lithuania, and as the singer’s widow Nora explains in the affectionate biography she wrote for Baskerville Publishers, “George London: Of Gods and Demons,” the Montreal-born London “did his Bar Mitzvah in Hebrew, and in spite of ups and downs, he retained a solid belief in God and a pride in being Jewish throughout his life.”

London was indeed at ease with Jewish colleagues like the tenors Jan Peerce and Richard Tucker, both chazzans, and a degree of soulful Yiddishkeit enriches London’s performances of Mendelssohn, Mahler, and even negro spirituals.

This ease was in distinct contrast to another star American baritone of the day, Leonard Warren, who abandoned his Russian Jewish roots and converted to Catholicism in the 1950s, irking colleagues like Peerce. Unlike some of his Jewish colleagues, London was also an ardent performer of Wagnerian roles, although Nora London writes that when her husband first sang at Bayreuth, Germany in 1951, the director of the festival received “several threatening phone calls because George London was Jewish.”

The otherwise heritage-conscious London did not speak Russian at home as a child, but became an authoritative singer of Russian music by Mussorgsky and Borodin, yet was also convincing in Puccini’s “Tosca” (see below) and Mozart’s operas, where he was an inspired ensemble singer.

His career shortened by a bout of hepatitis caught in Israel, London struggled with a paralyzed vocal cord, and eventually illness carried him off prematurely at age 64. But to concertgoers at the Morgan Library on February 7 and March 19, as well as an increasing number of opera lovers worldwide, George London is still very much part of the current scene.

Watch London stand up to Maria Callas in Puccini’s ‘Tosca’ with a stage presence akin to that of actor Rip Torn: