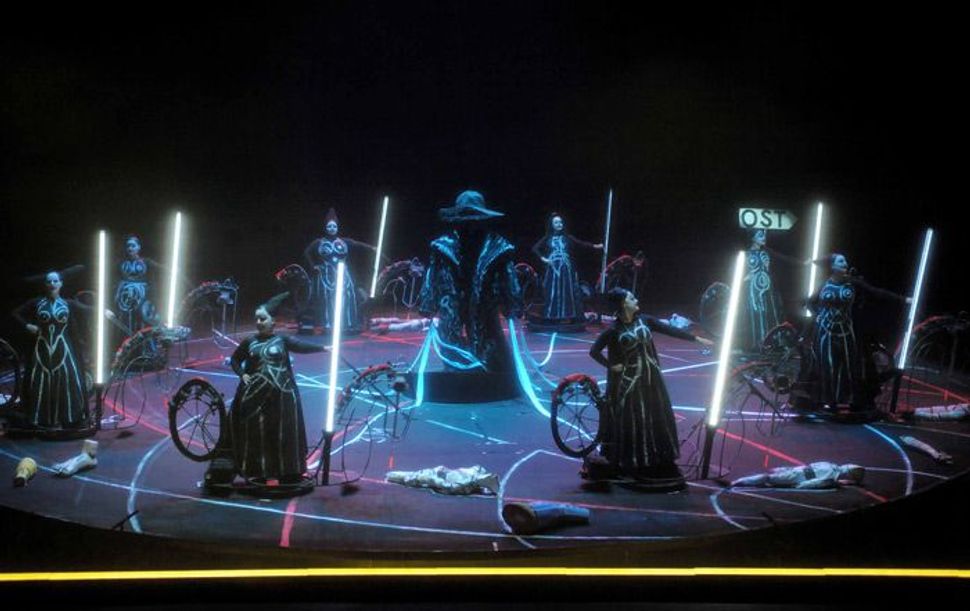 In a second season episode of Larry David’s HBO comedy series “Curb Your Enthusiasm,” Larry is caught whistling a Wagner tune outside of a film premier and is accused of being a self-hating Jew. On the show it’s all for laughs; “I do hate myself, but it has nothing to do with being Jewish!” Larry quips, borrowing from Woody Allen. But for many, the issue of Richard Wagner’s antisemitism and the effect it should have on our appreciation of his music is deadly serious business.

The problem is once again rising to the surface, thanks to the L.A. Opera’s upcoming Ring Festival. Starting in April, the festival will include art exhibitions, lectures and performances, but its main event will be a $32 million production of Wagner’s complete Ring cycle, which will take place from May 29 to June 26. In a recent piece for the L.A. Times, Reed Johnson outlined the controversy surrounding Wagner’s work, which will be the subject of various lectures and symposiums in the run-up to the festival.

“That issue, of course, is what relationship Wagner’s social and political ideas, particularly his grotesque anti-Jewish ones, had to his artistry, and how they affected Germany and, possibly, influenced the rise of the Nazis,” Johnson writes.

In the decades since Wagner’s death in 1883, hordes of musicians, critics, historians and philosophers have chewed over that theme. Is it valid, or even desirable, to separate Wagner’s politics from his sublimely beautiful, radically innovative music? Should his works be stricken from the repertory, like a high-rolling slugger banned from the Hall of Fame? Or can the composer who penned the viciously anti-Semitic essay “Jewry in Music,” yet still has been idolized by generations of Jewish composers and musicians, be embraced in all his monumental contradictoriness?

One of the many complications Johnson points to is the fact that Theodor Herzl himself fell in love with Wagner’s music while he was in Paris in 1895, covering the Dreyfus affair for the Viennese newspaper Neue Freie Presse.

Of course, there are reasons to dislike Wagner other than his antisemitism. As American conductor David Randolph once remarked, “Parsifal is the kind of opera that starts at six o’clock and after it has been running for three hours you check your watch and it says 6:20.” Or as Woody Allen said, “I can’t listen to that much Wagner. I start getting the urge to conquer Poland.”