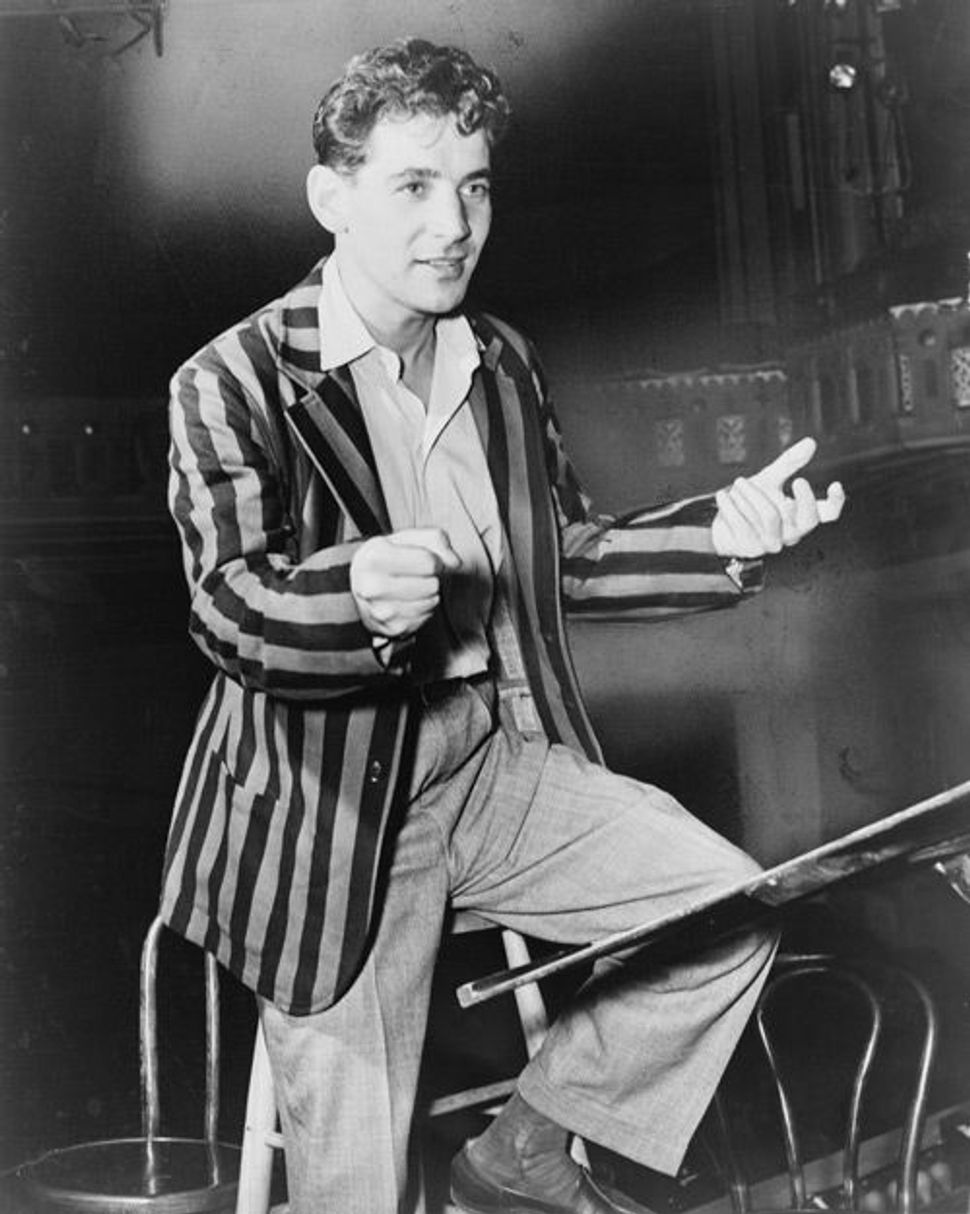 Revealing the secret behind a magic trick is usually not a good thing, but when it comes to real artistry, uncovering the nitty-gritty details of creation can often deepen our appreciation of an artist’s genius. In the case of Leonard Bernstein, a few recent and forthcoming releases help pull back the curtain on the composer and conductor’s creative methods.

The first of these, and the subject of a recent New York Times article by Allan Kozinn, is the release on DVD of seven appearances by Bernstein on the “Omnibus” TV series that ran from 1952 to 1961. The program “made the details of music and music making accessible, usually without dumbing down, to a broad audience,” Kozinn writes.

The effort undertaken by the “Omnibus” production team (particularly Henry May, the production designer and art director) to find creative ways to stage a program about music’s nuts and bolts is especially striking. In the first, “Beethoven’s Fifth Symphony,” the stage floor is a greatly magnified reproduction of the score’s opening page. When Bernstein discusses the work’s instrumentation and how Beethoven used it…. he has single players, with their instruments, line up in the order they appear on the page.

If there is a weakness to these programs, Kozinn notes, it might be Bernstein himself:

Not everyone admired this professorial-rabbinical side of Bernstein. By the end of his tenure at the Philharmonic, members of the orchestra complained about his tendency to morph into a lecturer during rehearsals and concerts. And Tom Wolfe, in his 1970 essay “Radical Chic,” offered a devastating gloss on Bernstein in teaching mode.

“Anyone who has spent a three-day weekend with Lenny in the country, by the shore, or captive on some lonesome cay in the Windward Islands knows that feeling,” Mr. Wolfe wrote, “the alternating spells of adrenal stimulation and insulin coma as the Great Interrupter, the Village Explainer, the champion of Mental Jotto, the Free Analyst, Mr. Let’s Find Out, leads the troops on a 72-hour forced march through the lateral geniculate and the pyramids of Betz, no breathers allowed, until every human brain is reduced finally to a clump of dried seaweed inside a burnt-out husk and collapses, implodes, in one last crunch of terminal boredom.”

Fortunately, for the more specialized audience who might be interested in investigating Bernstein’s technique without having to listen to Bernstein explain it to them, the New York Philharmonic will soon be making Bernstein’s marked conducting scores available online. The undertaking is the result of a $2.4 million grant from the Leon Levy Foundation, and will eventually include 1.3 million pages from the Philharmonic’s archives. Bernstein’s scores are the first step in this ambitious project, and are supposed to become available some time this spring.