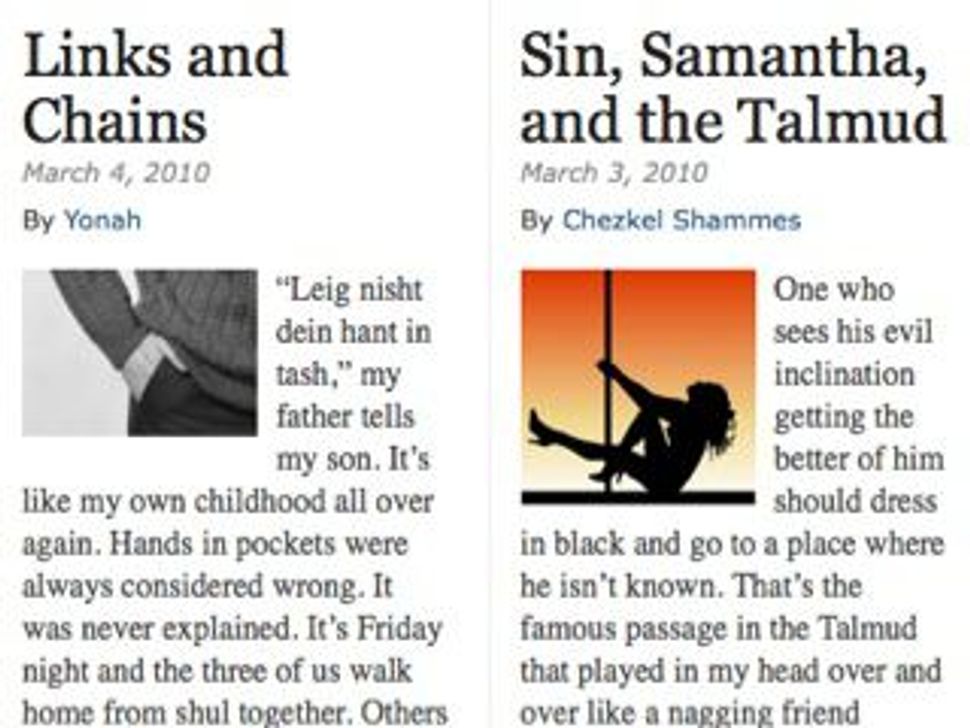 The essays on Unpious.com tend to fall into two categories. Some are based around transgressions that will seem relatively mild to more secular readers, like visits to strip clubs or spanking fantasies. Other essays explore the contradictions and difficulties of religious life.

Although there’s a boosterish tone in the comments section, the quality of the writing is generally, well, not so good. Grammatical errors are somewhat frequent, and some posts are overwritten to the point of incomprehensibility. And while I found it interesting to poke around the site at first, I soon noticed a general similarity of style and tone that had me wondering if (a) most of the pieces were written by one or two people or (b) they’re all taking the same creative writing classes in Monsey or Brooklyn.

In the end I found it all a little suffocating. While I don’t believe that Hasidim are by definition unhappy or repressed, clearly the contributors to Unpious.com (whether there are two or twenty) have few outlets for their feelings. So be warned. You may be looking to be amused by stories of hot and bothered Hasids. But linger too long and you’ll end up depressed.