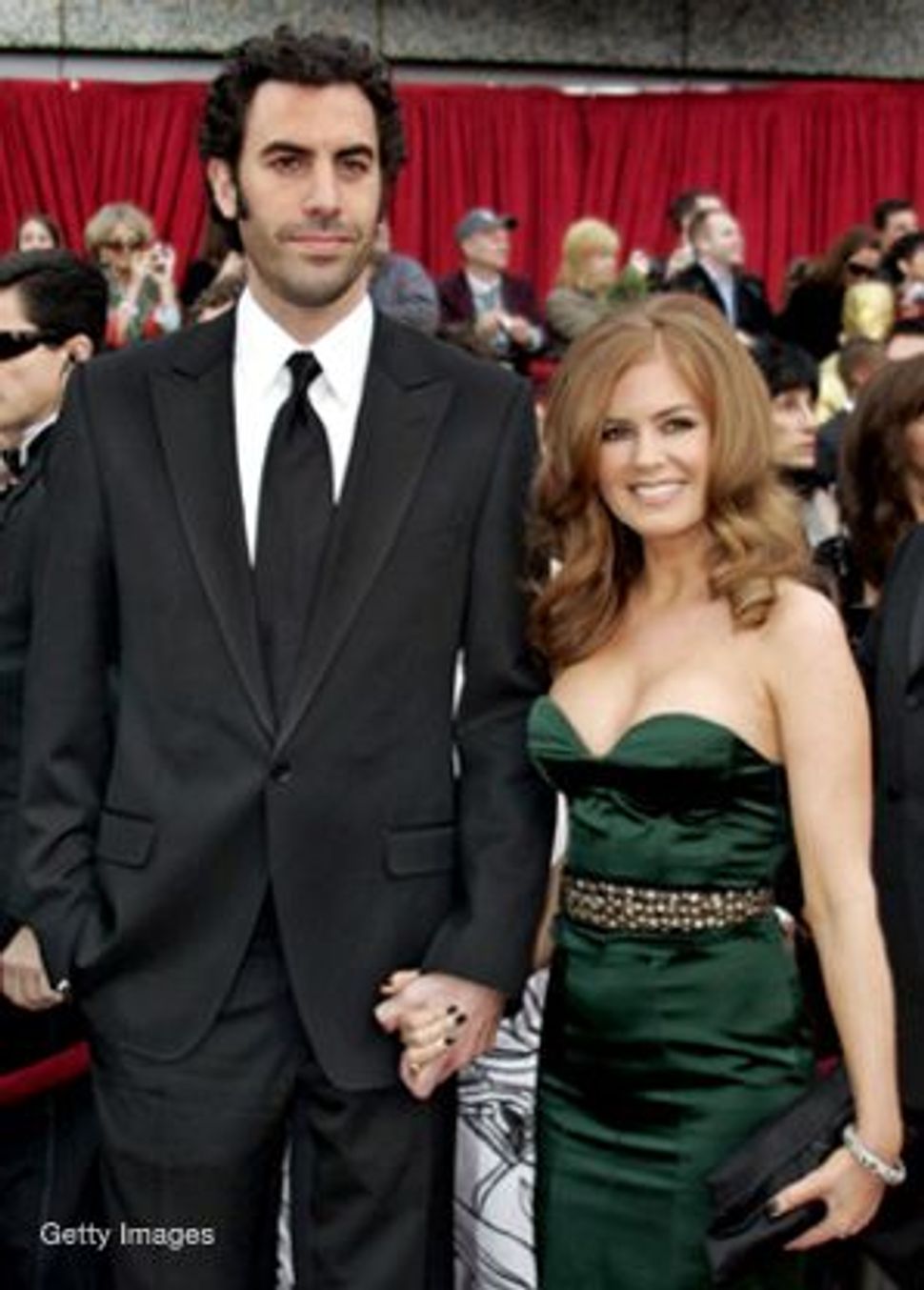 Sacha Baron Cohen is officially off the market. He and longtime girlfriend, Australian actress Isla Fisher, tied the knot in a traditional Jewish ceremony in Paris last week, following an eight-year courtship. “We did it — we’re married!” Fisher reportedly told friends via email, according to the Australian edition of Woman’s Day magazine. “It was the absolute best day of my life and in so many beautiful moments I missed you all so much. I thought of you as everything was happening, but Sacha and I wanted no fuss — just us!” she went on.

Fisher converted to Judaism in 2007 after several years of study. She took the Hebrew name Ayala, which means doe in Hebrew.

The famously private couple wed in a small ceremony in the presence of only a few relatives. Fisher, 34, and Cohen, 38, became engaged six years ago but postponed wedding plans several times. The couple has a 2-year-old daughter, Olive.