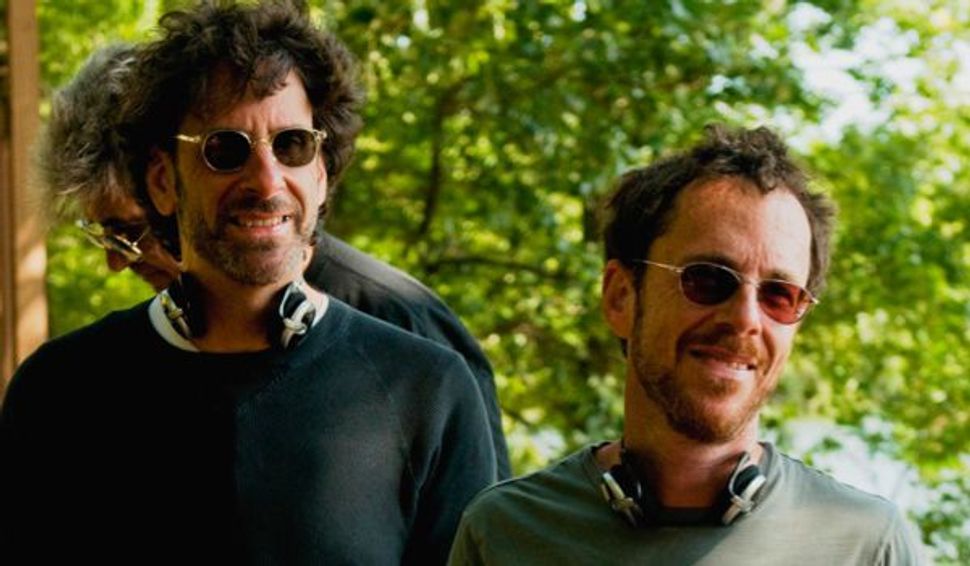 One of the audience members recounted his query to one of the Coen brothers asking why the opening scene was in Yiddish and set in Eastern Europe. His reply, “We wanted to introduce audiences to the world of a Jewish movie.”

The problem is that the world of the Jewish movie is not in the distant past, it is in the here and now, among the young extras from the movie selling paper flowers and collecting donations to benefit victims of the Haitian earthquake, couples in their teens and twenties dancing to Israeli music, and the old folks, as at an actual bar mitzvah, looking at family pictures on display. In this case the photos were of the extras in costume, and photos from the film’s 1967 era courtesy of the Jewish Historical Society of the Upper Midwest.

A man who was in the funeral scene recounted how he instructed everyone to stand for the Kaddish, and showed the actor playing a rabbi how to raise his hands indicating the assembled should rise. The production crew went with his suggestions. However, in the bar mitzvah scene, the cantor and a number of the gabbaim told the directors that the blessings for the Torah were not being done in the right order and that the bar mitzvah boy, not the older man, should be reciting the aliyah, the blessing before chanting the Torah. The production crew was not interested in verisimilitude for that scene, waving critique away.

Finally, one woman got up and said, “Mary Zophres, the costume designer, dressed Brad Pitt, she dressed George Clooney, she dressed Frances Mc Dormand and she dressed me.” The congregation applauded. She added, in a critique more often leveled at religions than movies, “Being in the movie was much more fun than watching it.”