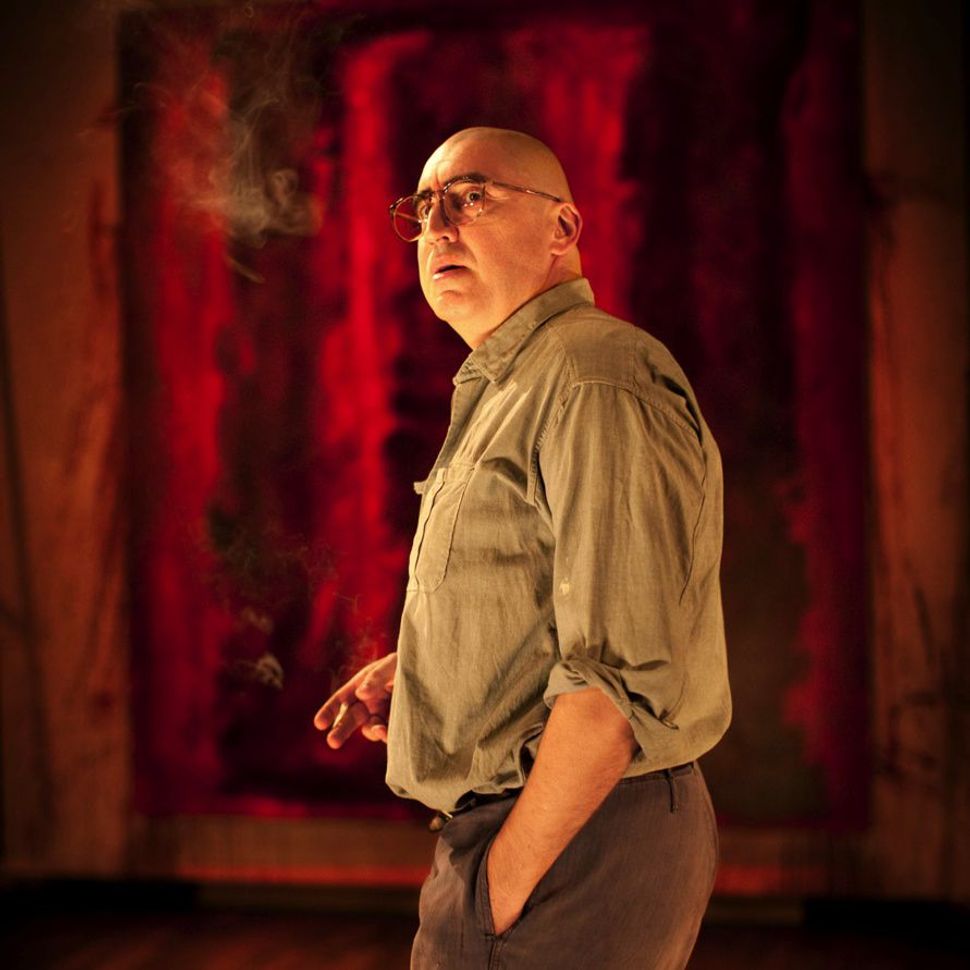 The play is full of wonderful, if highfalutin’, art criticism, literary discourse and philosophy. I was actually quite surprised that this sort of thing could fly on Broadway. Rothko’s assistant Ken (Eddie Redmayne), recently introduced to Nietzsche, also begins to pontificate, calling Rothko “Appolonian, Rabbinical,” as opposed to Jackson Pollock who was purely “Dionysian.” Of course, his simplistic boxing of artistic personalities into newly discovered archetypes ends up being squashed and demolished by his mentor.

The duo exhibits excellent interplay, and even boldly creates a fine red under-painting in the middle of the show. The last time I saw Molina on Broadway was in “Fiddler on the Roof,” and he really has the Ashkenazi lament down — there was some of Tevye’s moaning in Rothko’s raging against his predicament and against a world that doesn’t deserve art as complex and divine as his own.

There wasn’t much discussion of Rothko’s Eastern European roots in the play, though he does mention that when he came to New York, his art dealer asked him to change his name (from Markus Rothkowitz) because there were too many Jewish painters around already. He also talks about feeling “too Jewish” (i.e. out of place) in a fancy high-society New York restaurant.

The theme that ran through my mind the most while watching the play, however, is the egomania that often accompanies great talent. No matter how beautiful and precious art may be, the artists who create it are often pathetically self-absorbed. Rothko’s work was abstract, and therefore demanded the subjective and empathetic input of the audience. Thus, Rothko epitomized this neediness for constant praise. I wonder if there ever were any high-caliber artists who were known for their humble demeanor?