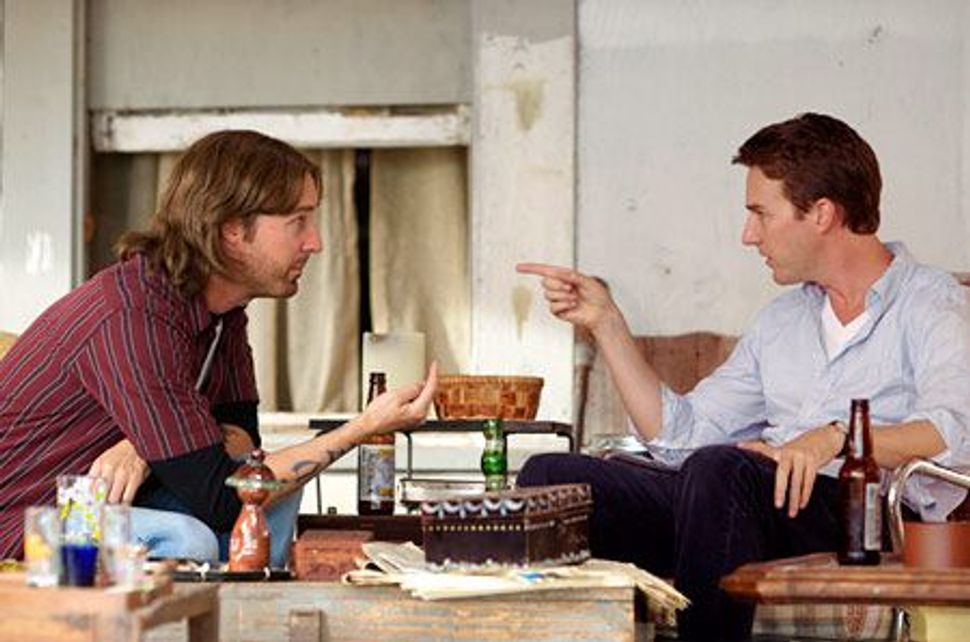 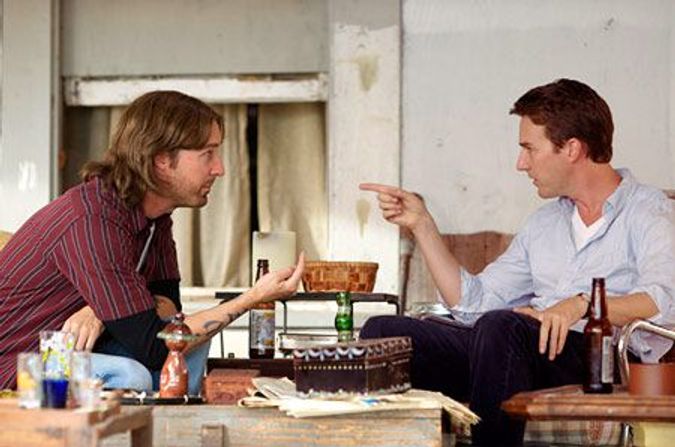 The story centers on identical twins, both played by Edward Norton. Billy is an Ivy League philosophy professor. His brother Brady is a marijuana dealer who grows his leaves of grass hydroponically with the help of his sidekick, played by Nelson. When Billy reunites with his estranged family in Oklahoma, he finds a netherworld of drugs and violence that forces him to question his ethics and values. With requisite scenes of identity swapping, the twins’ reunion soon devolves into tragedy.

The film is fueled by clashes between stereotypes: Billy is a city slicker in redneck country. His expertise in Plato and Heidegger is useless in his brother’s world of fistfights and shootouts. And his rationalism is no match for his mother (Susan Sarandon) in a retirement home or the Girl Next Door (Keri Russell) who noodles for catfish and writes Whitman-inspired poetry.

Nelson also employs stereotypes in his depiction of Jewish characters. Richard Dreyfuss plays a drug kingpin who quotes Shylock from “The Merchant of Venice” and brags that he donates his profits to Israel. Josh Pais plays a henpecked orthodontist whose kids complain that New York pizza is better than Oklahoma pizza. And the cascade of violence in the film begins with a murder disguised as an antisemitic hate crime.

Beneath the surface, however, “Leaves of Grass” warns against the danger of stereotypes and the consequences of confusing appearances and reality. The characters stake their identities on lifestyle, geography, faith, and socio-economic class. But these categories fall short as they confront the messiness of life. Ultimately, the film offers a vision of humanity in which people can overcome their differences and embrace their own inconsistencies. In this way, the film adopts Whitman’s famous lines: “Do I contradict myself? Very well, then I contradict myself, I am large, I contain multitudes.”

Watch the Trailer for ‘Leaves of Grass’: