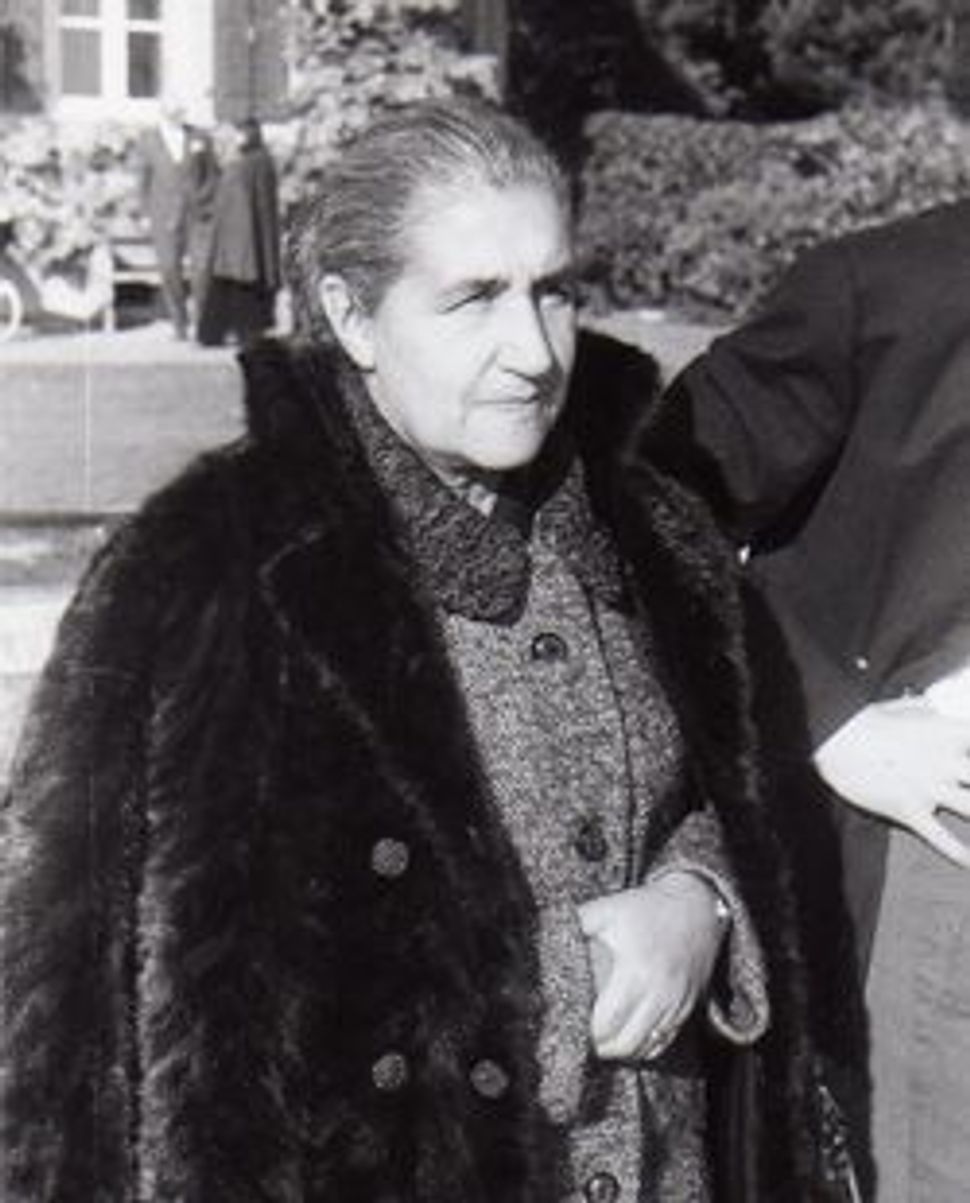 Although her centenary is not until July 13, the Swiss Jewish philosopher Jeanne Hersch (1910-2000) is already being remembered as a gimlet-eyed defender of freedom.

Born in Geneva to a Polish Jewish statistics professor and his doctor wife, Hersch studied with the philosopher Karl Jaspers, whose career suffered in Germany after 1933 because his own wife was Jewish. Hersch and a fellow student, Hannah Arendt, were among Jasper’s most devoted disciples. Hersch later taught philosophy and worked at UNESCO, and though she remained less famous than Arendt outside of academic circles, she could make waves.

This was demonstrated last July when an exhibit was named in her honor in a Geneva park near the office of the controversial U.N. official Jean Ziegler, who Hersch derided as early as the 1970s, opposing his appointment to the University of Geneva sociology faculty: “Ziegler owes his entire university career to political pressures—going almost to the point of blackmail…he is interested neither in accuracy nor truth,” Hersch wrote. Hersch’s well-founded fears later came back to haunt observers of world politics.

Miłosz’s poem “What I Learned from Jeanne Hersch”, in his “New and Collected Poems” enumerates a dozen lessons, including “7. That intellectuals in the twentieth century were afflicted with the habit of baratin, i.e., irresponsible jabber.” In “The Year of the Hunter” Miłosz (who also wrote a poem “A Conversation With Jeanne”) further describes Hersch, who disapproved of the poet’s drinking and partying: “It would not be easy today to find another person as consumed by moral passion as she was. From the tribe of prophets… I was afraid of her… Jeanne was doomed to isolation, because everyone was afraid of her. That air was so morally pure it couldn’t be breathed.”

On Jeanne Hersch’s centenary, we may all be grateful for that pure air.

To see what Czesław Miłosz was afraid of, watch a Swiss TV interview about philosophy with Jeanne Hersch here.