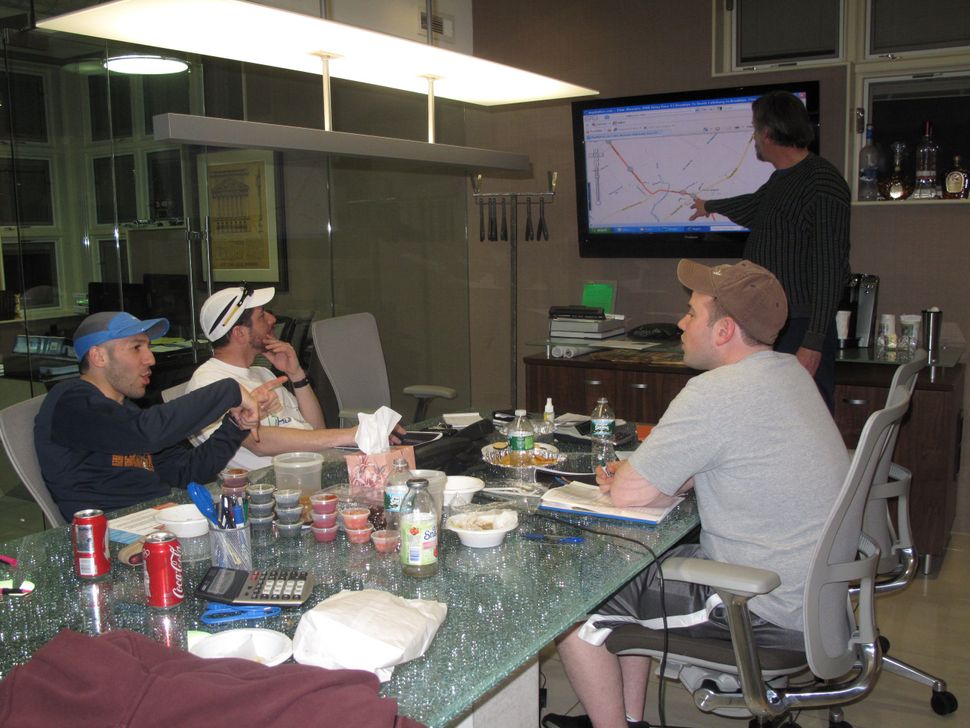 But JRunners, a new Brooklyn-based group, aims to expand on that image. The organization, which was started a few months ago to raise money for charity, is signing up runners for its first race, a 200-kilometer (roughly 124-mile) “Jewish Relay Race,” to be held in late July.

If a race that long seems extreme, well, it is. Starting in Brooklyn’s Prospect Park, the course crosses the George Washington Bridge into Bergen County, N.J., then weaves through Spring Valley, Monsey and Wesley Hills before hitting Monticello, Kiamesha Lake and finally Fallsburg, N.Y. Runners finish up in the heart of the old Borscht Belt, where a feast of kosher barbecue and entertainment will await.

“It’s the first race of its kind, or at least that I know of,” says JRunners co-founder Steven Friedman. “What JRunners can do is be the backbone for racing for Jewish causes.”

Unlike most marathons, the two-day race starts on a Wednesday. This, Friedman says, allows Sabbath-observant Jews to participate. The group also plans to accommodate prayer times.

Although the group calls itself “the first-ever Jewish runners club,” other groups, like the Running Rabbis, a collective of 10 rabbis, cantors and rabbinical and cantorial students that run marathons and half marathons, do exist. But JRunners is different in that it’s committed to organizing its own races.

Founded by three Brooklynites, Friedman, Matt Katz and Saul Rosenblum, JRunners is dedicating its first race to ALS, or Lou Gehrig’s disease – a cause, Friedman says, that’s been overlooked by Jewish charities.

Ideally, each runner – the organization is looking for 10 groups of 10 athletes – will raise $1,000, and will log 12 miles, split into 30 legs. All told, the race takes around 22 hours to finish. So for those who need some rest on the road, JRunners will provide each team with an RV furnished with a bed, bath and shower. Since it’s not kosher for men and women to share an RV, women will have to stay home. But a women-only event is in the works, Friedman says.