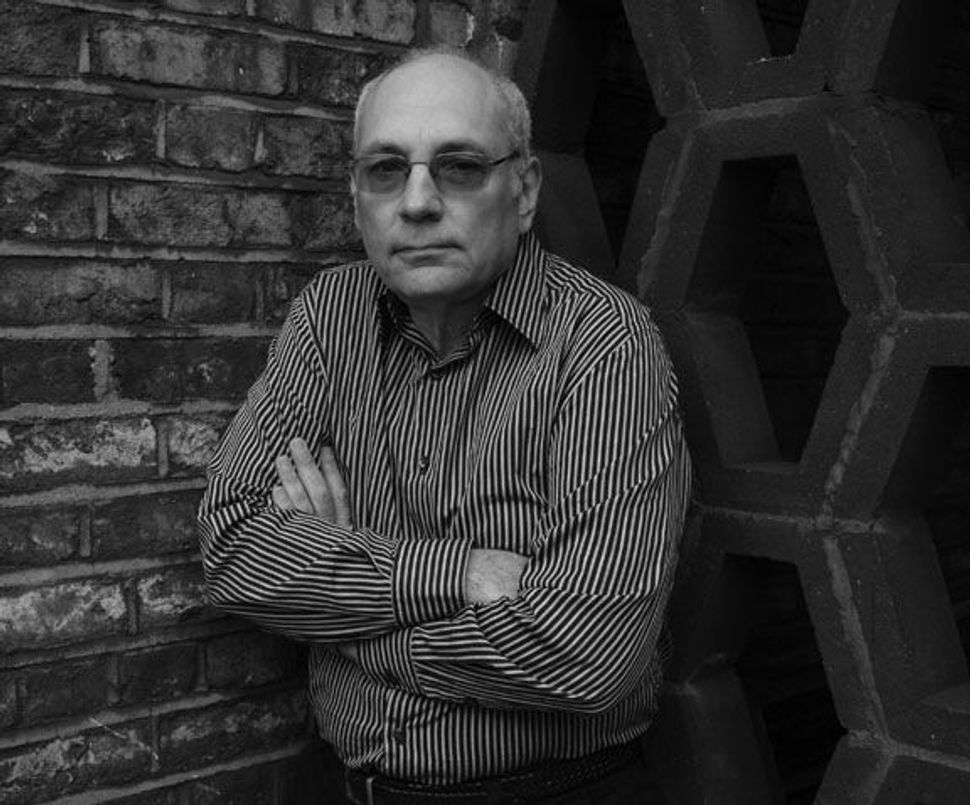 In the Jewish world, the initiative was picked up widely too. The new zine, TCJewfolk.com had two great features on slam poets Yael Miriam and Matthue Roth. Rumor has it, another two Jewish slam poets will appear on the website in the weeks to come.

Sixth Street Synagogue in East Village is welcoming Samuel Menashe and Stanley Moss, two poetry titans, on Monday April 26 to read their poetry and talk about Jewish identity in their works.

The online magazine Tablet is running a contest for creative interpretations of Yehuda HaLevy’s poetry. And The Jewish Museum generously posted a feature on Nancy Spero painting that interprets Bertold Brecht’s poem.

Of course, not every poet has been enthusiastic about this whole project. Two Jewish poets, Charles Bernstein and Richard Howard, have written some downright hostile things about poetry month over the years. Bernstein, whose latest book, “All the Whisky in Heaven” was reviewed by me in the Forward and by Daisy Fried in the New York Times, wrote a hilarious rant “Against the Poetry Month as Such”, that opens up with:

As part of the spring ritual of National Poetry Month, poets are symbolically dragged into the public square in order to be humiliated with the claim that their product has not achieved sufficient market penetration and must be revived by the Artificial Resuscitation Foundation (ARF) lest the art form collapse from its own incompetence, irrelevance, and as a result of the general disinterest among the broad masses of the American People.

The motto of ARF’s National Poetry Month is: “Poetry’s not so bad, really.”

Given Bernstein’s consistent anti-establishment program, the rant does not exactly come as a surprise, but it doesn’t fail to delight. Richard Howard’s attitude was more serious, as he told Newsweek that the National Poetry month is a “deleterious development…. which I have no hesitation in calling the worst thing to have happened to poetry since the advent of the camera and the internal combustion engine, two inventions that W.H. Auden once declared to be the bane of our modernity.”