Five Torahs Valued at Up To $250,000 Stolen From Brooklyn Synagogue 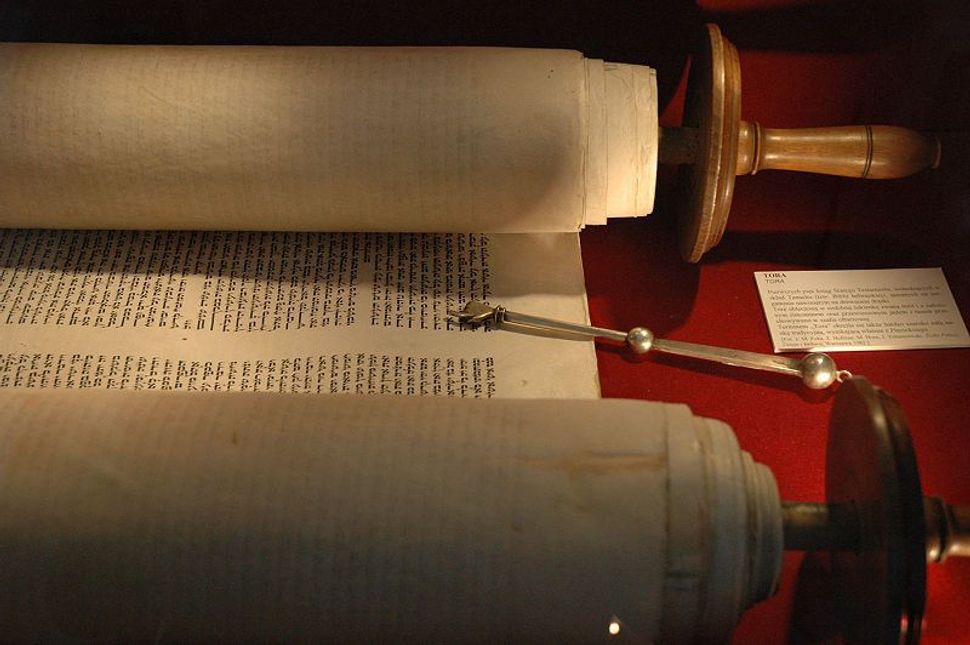 Five torahs valued at up to $50,000 a piece were stolen from a synagogue in Brooklyn yesterday morning, saddening congregants and the area’s Jewish community. Police said the burglar may have entered the Karlsburg Synagogue (also known as the Khal Yirei Hashem Synagogue) in the Borough Park neighborhood through either an open or unlocked window. Two silver crowns and two silver breastplates stored with the scrolls were also taken.

Assemblyman Dov Hikind and City Councilman David G. Greenfield announced a $10,000 reward for information leading to the arrest of the robber.

“This is a very shocking thing to the entire community,” Hikind said in an interview with The New York Times. “A Torah is so sacred and so holy, it’s really very painful.” According to the article, employees of the synagogue said a surveillance camera on a neighboring building captured a license plate on a suspicious vehicle that was parked outside the synagogue just before the theft.

Community leader Jack Meyer said it may have been an inside job, according to the New York Daily news. “We’re unsure if it was someone within the congregation, but quite a number of people knew the combination to the safe and many people have keys,” he said.

The synagogue is located on 53rd street between 15th and 16th Avenues.

Five Torahs Valued at Up To $250,000 Stolen From Brooklyn Synagogue