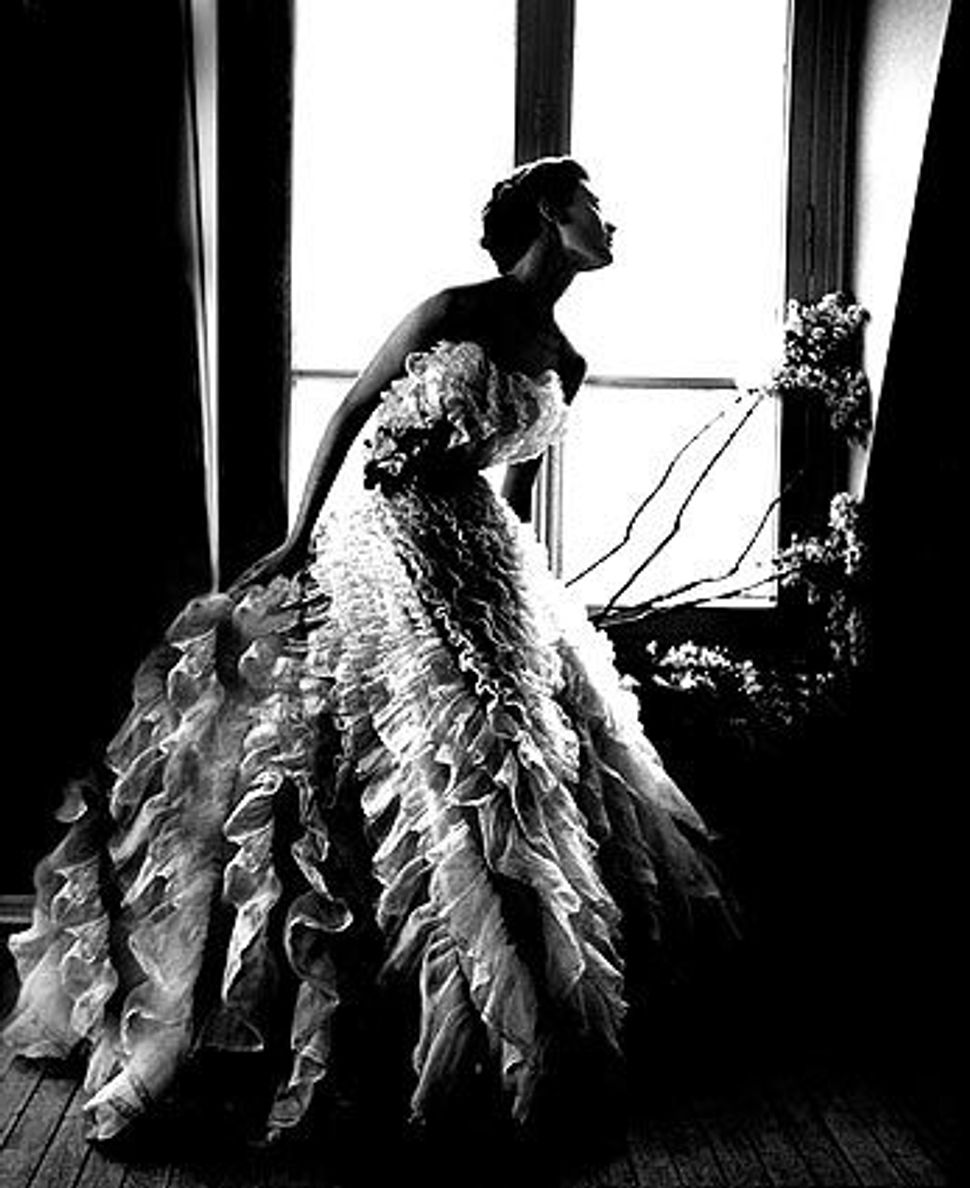 At 92, Brooklyn-born Lillian Bassman and her husband Paul Himmel, who died last year at age 94, are enjoying remarkable, if belated, fame.

Paul (born Motel) Himmel came from a colorful family; his Aunt Esther, a Coney Island snake charmer, married a sideshow “armless and legless wonder.” A comparably free spirit, but with legs and arms, Bassman worked as a nude model in the 1930s for Chaim Gross, as well as Raphael and Moses Soyer.

By 1932, the 15-year-old Lillian and 18-year-old Paul were already living together, and did so until Paul’s death 77 years later. Working at the “Harper’s Bazaar” editorial office, Bassman encouraged younger photographic talents like Arnold Newman and Robert Frank, but eventually grew disenchanted with much of her work in fashion photography.

Equally self-critical, Himmel, whose work interpreted motion in photography, especially ballet, once marched into the Museum of Modern Art and unceremoniously removed one of his photographs from public display because the curator had not asked his permission before showing it. Asked by one interviewer to describe the diet which allowed his remarkable longevity, Himmel explained that he favored “boiled beef, for instance, I think it’s a Jewish thing, I’m not sure.” Assuredly a Jewish thing was Himmel’s decision in mid-life to abandon the uncertain world of professional photography and become a psychotherapist instead.

Still living and working in a carriage house on Manhattan’s East 83rd street which has been the couple’s base since 1959, Bassman marches on.

Watch a 2009 tribute to Himmel (and Bassman) by their daughter Lizzie, herself an artist, below: