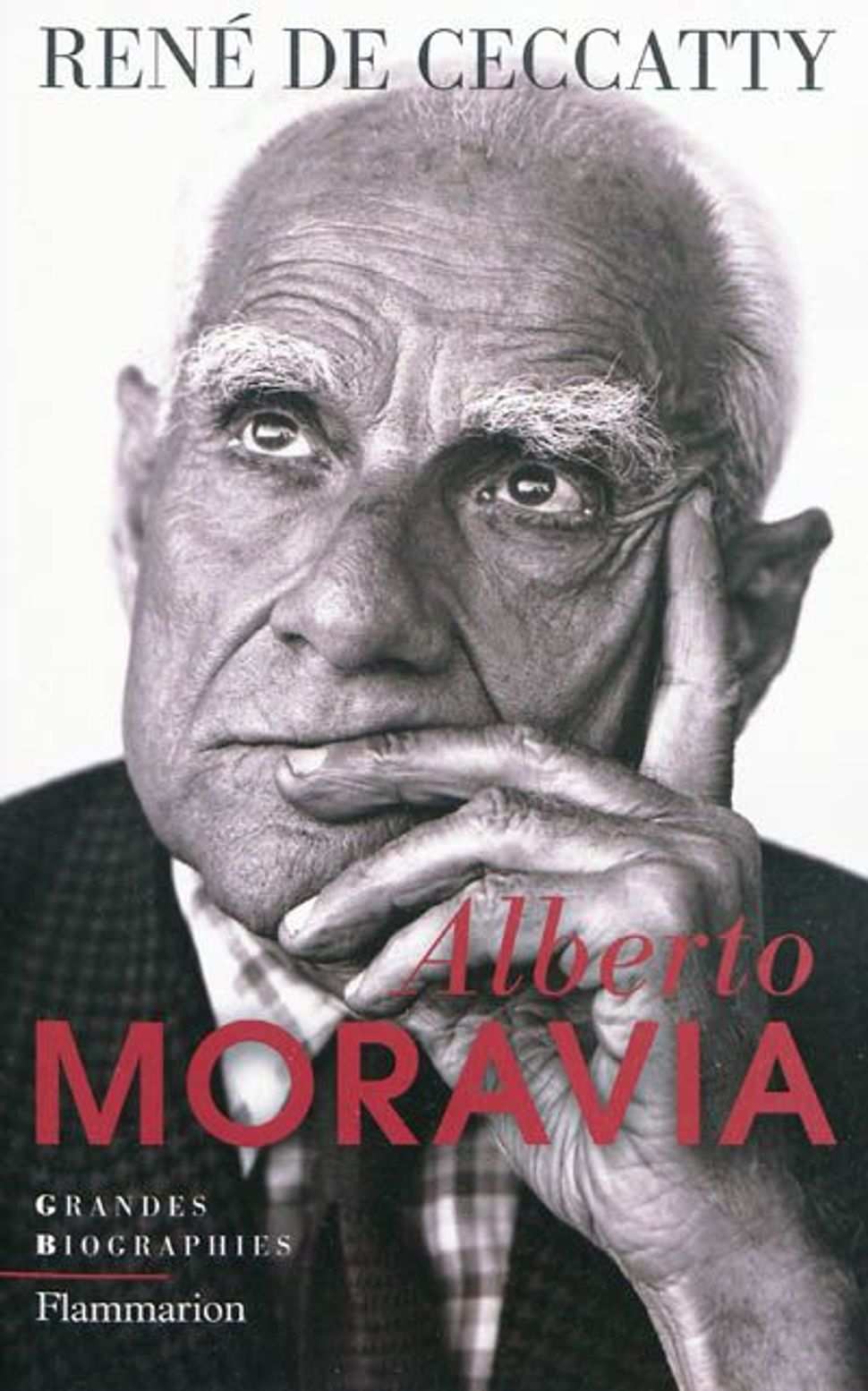 Art is its own form of activism, we are reminded by a major new biography of the Italian novelist Alberto Moravia, published by les éditions Flammarion in Paris. Born Alberto Pincherle (his father was a Jewish architect) in 1907, Moravia was a cousin of Carlo and Nello Rosselli, the Jewish anti-fascist activists who were murdered in 1937 by French right wing extremists on Mussolini’s orders, as described in “Carlo Rosselli: Socialist Heretic and Antifascist Exile” by Stanislao Pugliese.

Moravia’s activism was expressed in novels like “The Conformist,” (1951) which explores how educated and cultured Europeans can be so morally paralyzed as to allow events like the Rosselli murders to occur. His first novel, “The Time of Indifference,” (1929) already scorned the suffocating stasis of Italian bourgeois life during the early years of Mussolini’s reign.

Long married to another writer, Elsa Morante, from a Modena Jewish family, Moravia was forced to publish anonymously as antisemitic laws developed in the 1930s. In 1968 his play, “Il Dio Kurt” (Kurt the God) revisited the theme of the Shoah, while Moravia’s preface to a 1976 edition of Giacomo Debenedetti’s remarkable “16 October 1943,” about the deportation of Rome’s Jews, expresses explicit “solidarity with the unfortunate people whom Kappler’s SS arrested on that distant October morning in order to send them to their deaths in the death camp gas chambers.”

Throughout Moravia’s career he had close alliances with Jewish authors, including the Frenchman Benjamin Crémieux, who died in Buchenwald; painter/writer Carlo Levi; and art historian Meyer Schapiro. When Moravia decided to create his memoirs, “Life of Moravia,” in dialogue form, his chosen interlocutor was the Italian Jewish writer Alain Elkann. Although clueless on English language literature, referring to “Pickwick’s Papers” by Dickens and the “intellectual couple” Scott and Zelda Fitzgerald, this dense, indeed Proustian, new biography by critic and translator René de Ceccatty urgently deserves translation into English.

Watch a humorous 1960s video, in which Moravia attempts to get work done despite distractions, below: