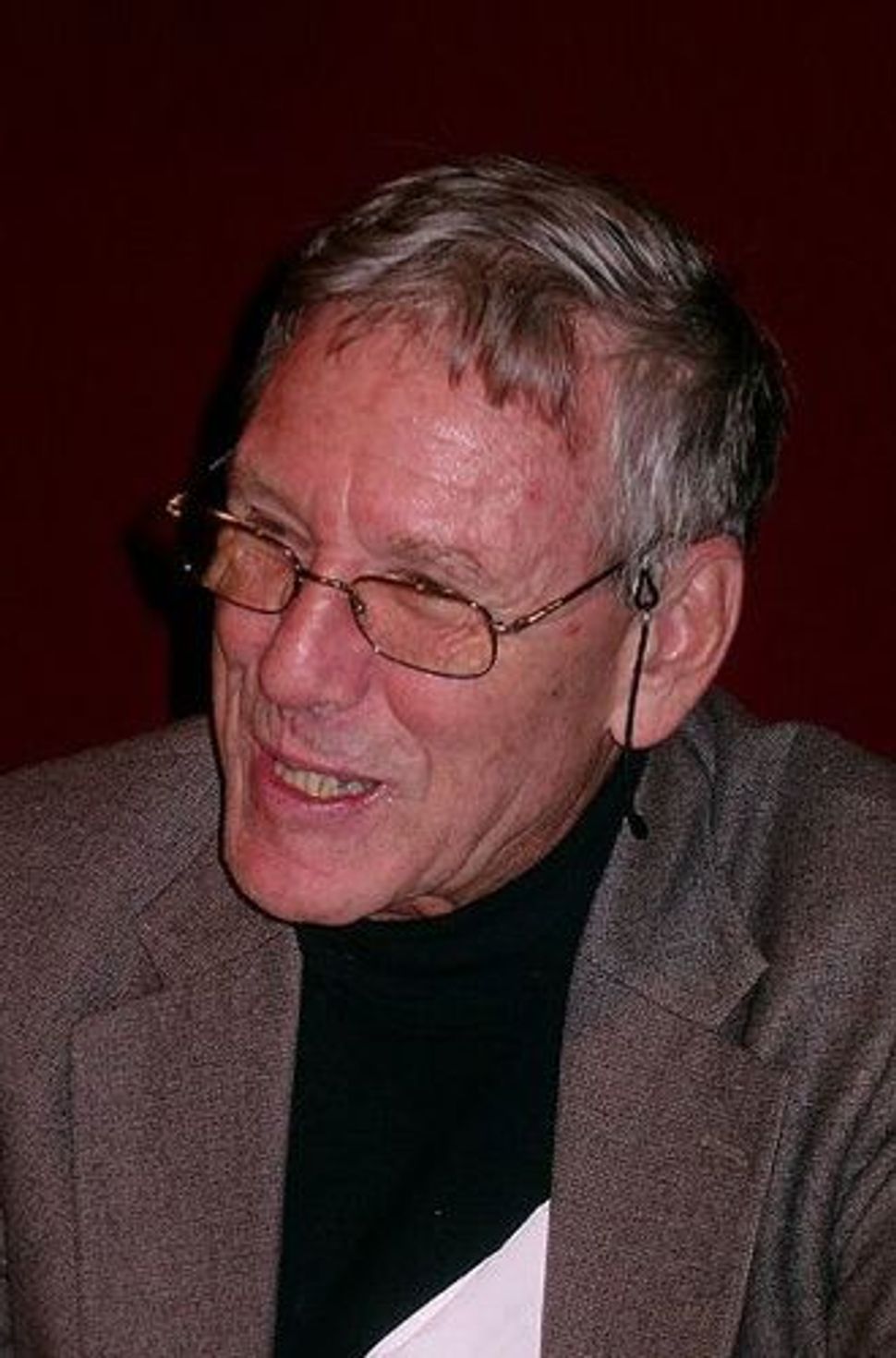 Some writers slow down with age. Their books take longer to appear, their delivery live is more halting, their stories are repetitive, confusing or meandering. Not so Amos Oz. Over the past three decades that I’ve seen him, his calm but forceful delivery has become more fluent, more persuasive and, indeed, wiser.

On Tuesday morning, May 4, Oz’s 71st birthday he addressed a sellout crowd of several hundred in the conference tent at Mishkenot Sha’ananim. The talk was billed as one of the daily “Israeli Mornings” at the International Writers’ Conference — “Reading and conversation with Amos Oz.” In the event, Oz read from “A Tale of Love and Darkness” (Houghton Mifflin Harcourt, 2004) and then told stories about his family and the extended family of Israel.

These stories were not necessarily or factually true ones. Oz particularly objected to that book having been categorized by various competitions as memoir or simple autobiography. In the hour long, spellbinding disquisition he took pains to take down the walls between the categories of memoir and story, of fact and fiction, of tragedy and comedy.

As one audience member observed later, his performance was like “a stream of story” in its seamless, faultless delivery. Despite the brief printed notes on his lap, Oz delivered an artful and rhetorically accomplished speech apparently ad hoc. His pellucid Hebrew was, as always, deceptively simple and his conclusions likewise.

WIth a glorious view of Jerusalem at his back, Oz recounted stories of his parents and grandparents thrown out of a Europe that they loved, unrequitedly. He told how they arrived into a Levantine Jerusalem that they barely understood and even, in his grandmother’s case, struggled against until her death. Both the Jews AND the Arabs, Oz observed, were sacrificed by Christian Europe — Jews in the Holocaust, Arabs by European colonial oppression and nationalism — and both sides see the other in the guise of their oppressor.

However persuasive my rendering of one of his arguments, to state this in retrospect is to remove the discussion from the context that made it seem self-evident.

His parents spoke a multitude of languages (Russian and Polish for secrets, mainly about sex and the murder in Europe: “Yiddish perhaps in their dreams, I never asked them.”) but only spoke Hebrew at home. There was not a single European language in their home for fear that he would learn it, move to Europe and be murdered by the Europe they loved.

Fortunately for us, Oz’s mastery of Hebrew has been one of the factors making it a European language worth reckoning with. Happy Birthday Amos, may you keep improving to 120!

Arts and Culture Dan Friedman, reporting from Israel, sits down with Amos Oz to discuss his family’s European heritage:

Correction appended: A previous version of this post incorrectly stated that Tuesday, May 4 was Amos Oz’s 61st, rather than 71st, birthday.