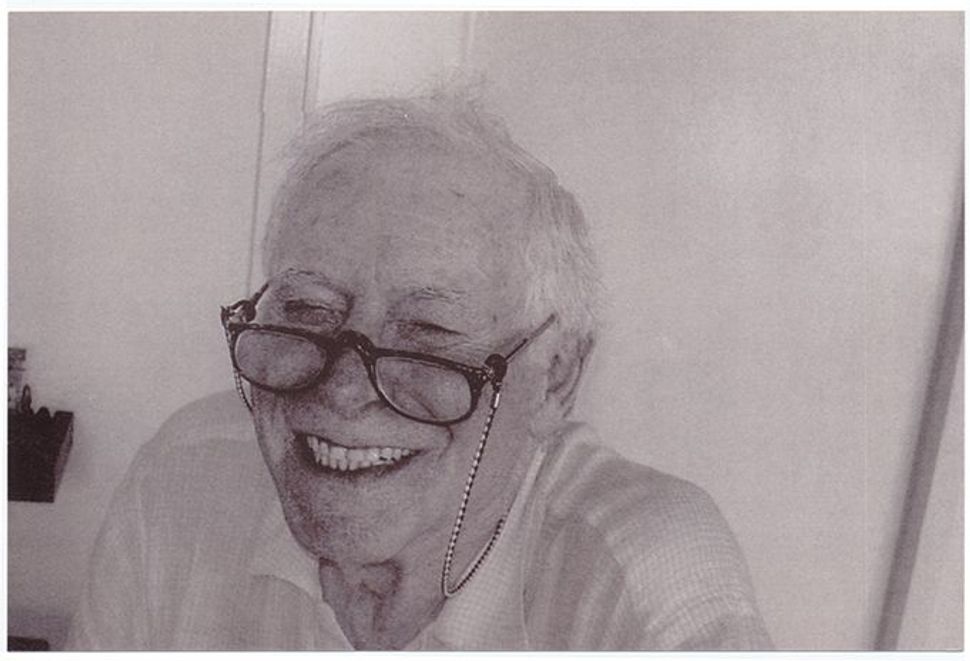 A brave alternative to 1950s “Stoolpigeon Culture,” as described in Joseph Litvak’s influential “The Un-Americans: Jews, the Blacklist, and Stoolpigeon Culture,” the novelist Sanford Friedman, who died April 20 at age 81, proudly assumed his membership in several minority groups.

Leftist, gay and Jewish, Friedman was a Horace Mann School student, where he became friends with a fellow class of 1945 graduate, politician Allard K. Lowenstein. After studying theater at Carnegie Tech, Friedman served in the US Army as a military policeman in Korea, receiving a Bronze Star. Returning home, he became active off-Broadway as a writer and producer, collaborating with Jews on McCarthy’s blacklist such as actor [Howard Da Silva][6]; author Ben Maddow; and playwright Arnold Perl. The last-mentioned authored a 1957 play, “Tevya and his Daughters,” co-produced by Friedman and starring Mike Kellin as Sholem Aleichem’s dairyman — a production which inspired 1964’s “Fiddler on the Roof.”

Turning to fiction, Friedman published a 1965 novel, Totempole, about Stephen Wolfe, a New York Jew who serves in the army in Korea, where he falls in love with a male prisoner of war. “Totempole” won critical raves, and was praised by novelist Anthony Burgess, who called it the “most candid, and least pornographic, of studies of the genesis of a homosexual.” Friedman followed this with 1975’s “Still Life,” a novel about Danny Wahl, a young French Jew who is tormented by his homosexuality.

By then, Friedman had witnessed the tragic anguish with which friends such as Allard Lowenstein and the sculptor Fritz Bultman had experienced gay feelings. Always exemplifying a brighter approach to minority status, Friedman lived for many years with the ebullient Cleveland-born Jewish poet Richard Howard, with whom he would invent titles for the paintings of their friend Lee Krasner (born Lena Krassner) at the feisty artist’s request.