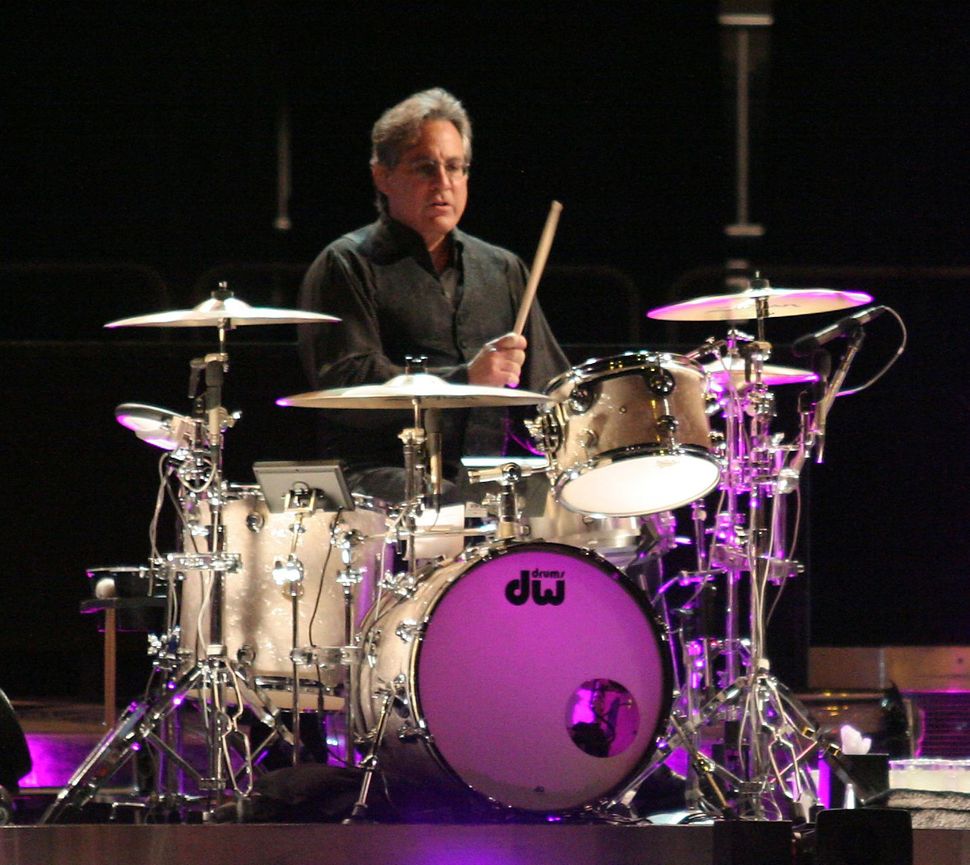 The kerfuffle started when Weinberg’s fellow Jewish rock musician Al Kooper (born Alan Kuperschmidt) told an interviewer that Weinberg had been “fired” because of conflicts with Weinberg’s performing schedule with Bruce Springsteen, as well as Conan’s production team not appreciating Weinberg’s purported approaches – yet another rumor – to replace Kevin Eubanks as Jay Leno’s bandleader.

Conan’s production team has attempted to quiet the rumors by announcing that no hiring decisions have been made for the upcoming show, but Weinberg may have cause to reflect that as Yiddish musicians are often wont to sigh: “Schwer ein Rock-Drummer zu sein.” (It’s hard to be a rock-drummer.)

Weinberg is surely familiar with the violent vagaries of show-biz. Springsteen lauded him as “Mighty Max,” but also fired him abruptly over the phone in 1989 after 15 years’ collaboration. Rehired by Springsteen some years later, Weinberg also carved out a place as Conan’s straight man, playing on his business-suited, bespectacled appearance, which resembles a sort of jocular orthodontist.

For anyone fearing a potential loss of Yiddishkeit in Conan’s TV future, the buoyant Philadelphia-born trombonist Richie “LaBamba” Rosenberg shows no sign of leaving the Kingdom of Coco, which – no joke – has not just fans but also employees based in Israel.

To see a 2009 Max Weinberg interview at the Rock and Roll Hall of Fame, click here

To see Max Weinberg attacked by an incredibly convincing serpent on the Conan show, click here