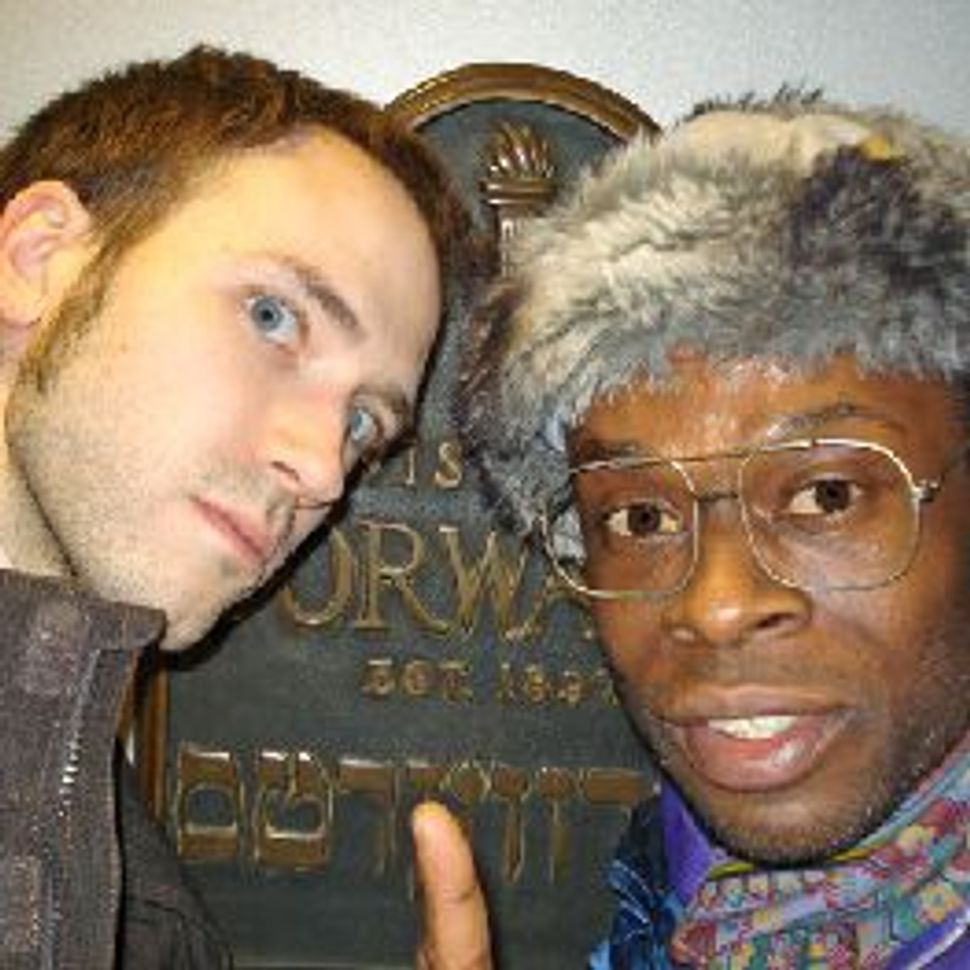 The Forward has a Tony Award nominee in its midst.

The nominations were announced today, and among those up for Broadway’s top honor is Sahr Ngaujah — nominated for his leading role in the musical “Fela!” about the life of the Nigerian afrobeat musician Fela Kuti.

As you may remember, Sahr worked with Forward artist-in-residence Jeremiah Lockwood, of “The Sway Machinery,” to create the first installment of The Nigun Project. Over the course of the next year, Jeremiah will be collaborating with a range of other musicians on new versions of old nigunim, or Jewish songs without words.

The Tony awards ceremony will be held on June 13.