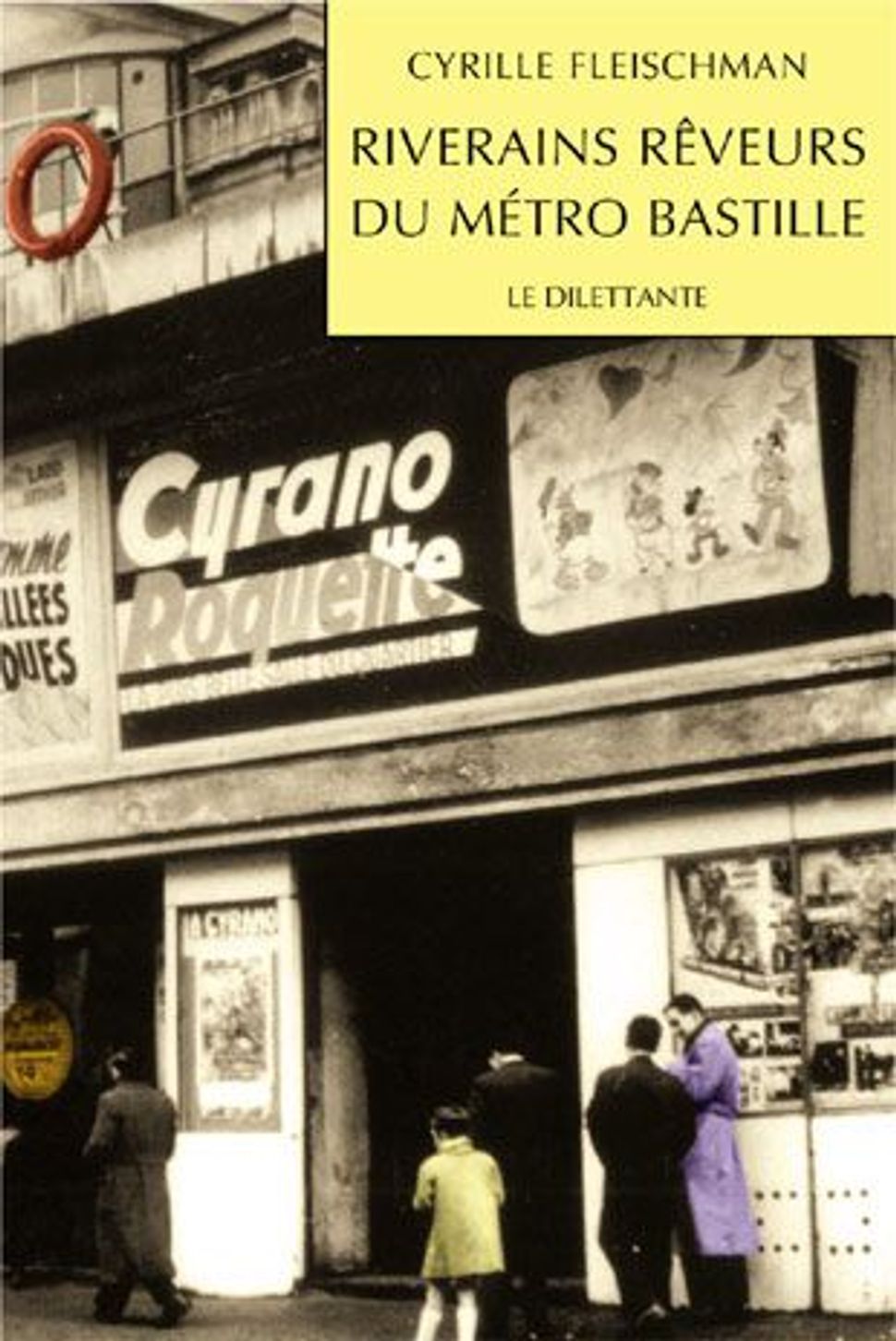 Without quitting his day job as a lawyer, Fleischman has just produced a charming new story collection for les Éditions Fayard, “Destiny’s Repairman” (“Réparateur de destin”). Set, as ever, in Fleischman’s Parisian Jewish Neverland of the 1950s and ’60s, his characters read the now-defunct local Yiddish newspaper, “Unzer Wort,” and dawdle at a now-shut restaurant in the Samaritaine department store. One of his Ashkenazi Jewish protagonists, Mr. Eisenblic, decides to spend his entire summer vacation sitting in this restaurant, where “life is a real blessing,” as he reflects in a Tevye-like aside.

Fleischman often adopts a tone akin to Sholom Aleichem’s gentler tales, and although he has also been likened to I.B. Singer and Marc Chagall, both of these Jewish artists have a sharper edge than Fleischman, a utopian by nature. Still, as the son of the distinguished Zionist and mystic Heymann Fleischman (known as Armand; 1886-1973), who founded a cheder on the rue des Écouffes, Fleishman’s tales have a naturally detailed knowledge of le Marais’s inner and outer life.

Like his father’s cheder, Fleischman’s stories are set in the neighborhood called “The Pletzl,” which was once the home of Ashkenazic Jews, although it has more recently been dominated by Sephardic arrivals from North Africa. Fleischman’s stories predate such developments, focusing instead on a Dr. Artzig, who prescribes shots of Slivovitz to his patients, and who runs to buy the latest Yiddish LPs by the beloved Dutch Jewish balladeer Leo Fuld.

Like Fuld’s own artistry, Fleischman’s narratives, most of which originally appeared in the weekly “Actualité Juive” and the monthly “Tribune juive,” are dulcet-toned but never saccharine. They are long overdue for translation.