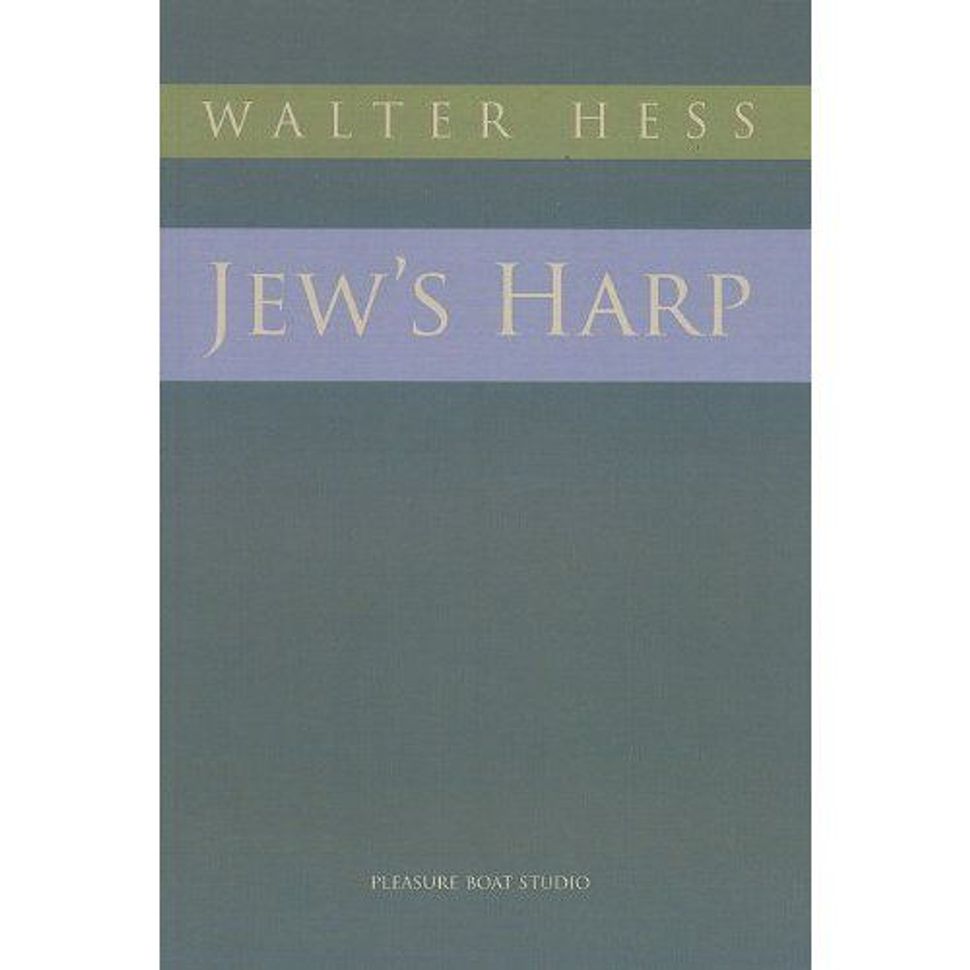 As far as Holocaust poetry goes, in general I stand with Adorno: it is barbaric. The subject’s too loaded, too heavy and too sacred to approach with crafted words. Yet, having picked up Walter Hess’s collection of poems, “Jew’s Harp,” I was swept away by the depth of its lyricism, gentleness, and sheer beauty.

Hess left Germany as late as 1940 and lost his grandparents in Terezin. So it is a core experience expressed in his collection, and yet, it is not all that’s there. While the first few poems address the Shoah directly, there are others that linger on books, nature and family. Particularly enthralling are the poems of grandfatherhood. Following the collection’s initial pieces, each of these is endowed with sense of quiet, miraculous pleasure derived from, well, life.

Here is one of the earlier works in the collection:

The house in which we bowed toward the door

Where carpets softly caught our sweets

I want it back

though others own it now.

Hewn stone, I marvel yet,

square as the adze could make it;

the songs of morning, evening, night;

the sacrifices at their proper hour

were shot while trying to escape

the stones tooled to a solid beauty

can’t have it back,

must sing in other places now,

Notice how each instance of the refrain “L’cho Daudi” means something else: first the image of the Shabbat hymn itself and the bow that goes with it; then the form of the song is evoked, where “L’cho Daudi” is the repetition that follows the verses; next, it is already the song’s experience that poet is referencing — and missing. Over the following three repetitions, the refrain transforms into a painful memory, an expression of identity, and finally — survival. The line “where carpets softly caught our sweets” may be the most endearing description of the synagogue I’ve ever encountered — perfectly visual and specific and full of childhood longing and beauty. It helps to know that “opa” is German for “grandpa,” and the synagogue described in the poem is the one where Hess’s grandfather was the rabbi.

Here are a few other poems from Hess’s collection:

“Suppose you weren’t here, Would I be here?

A shadow slickered down her face, a fear

That stopped. She then edged closer to my side

and took my hand as if to solace me.

He held my hand when I was Stephie’s age.

Praise and instruction in our step, we walked

of psalms in Shul. Call and response. We talked.

he held my hand and solaced me.

Dear Steph, Survivors have no other task

than being who and what they are. You ask

what you already know. You are where you are meant to be.

Your very question solaced me.

How to negotiate transitions

from wake to sleep, from sleep

to waking is the trick. Position’s

embossed in cheek and shoulder, bone and flesh.

I now remember how to look and keep

alert to that loud crabbing in the creche.

And long before, the fine high chirping trill,

the threshing arms, the bouncing legs; so fresh

the tunes, so long forgot. And then the thrill,

when bending down with arms outstretched, to see

returning arms stretched out again. The will

goes numb. The daughter says, She’s got to sleep.

He’s here to play and not to help. My deep

We stately step as if Antaeus joining earth.

A look aslant. We tread parquet. I hold her.

We weave in dance to Artie Shaw.

and lovely…the cheek of night bends gray and low,

Lids founder, crease, enfold those eyes so black and blessed.

She’s out. And daughter’s scoffing too is put to rest.

praise, praise in an evil world

it sings the dark,

when cops or engines

Mostly, among the brownstones,

I hear the sparrows.

Their morning roar below the eaves

among the tense and hardly sleeping

the chafe of sidewalks’ mica glints.

Who is this singer then, of dew,

who turns the new moon into song,

the flute and flutter of its throat,

who sings the hook beaked kestrel

high above the Reservoir

whose pure and uninflected nigun

into the baffled beauty of the light,

its liquid changes on the text

I may yet be his congregant.