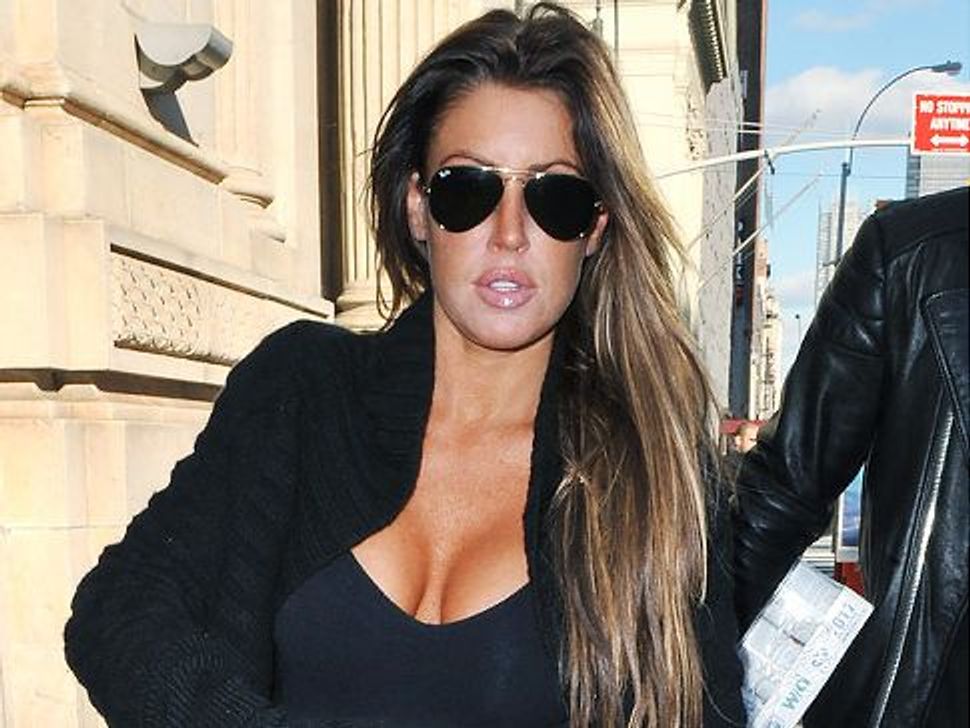 Rachel Uchitel, the Las Vegas nightclub hostess-cum-Tiger Woods mistress, will capitalize on her tryst with the world’s most infamous golfer by appearing half-nude in an upcoming Playboy spread, according to celebrity gossip site, TMZ.

But, Uchitel, the granddaughter of Ukrainian Jewish immigrants may not be taking it off so fast. She agreed to pose on the condition that she can back out anytime before the shoot, which is scheduled in three weeks.

Uchitel, who’s also been linked to actor David Boreanaz, will only reveal her upper half and her bare backside.

The rest is for Tiger’s eyes only.