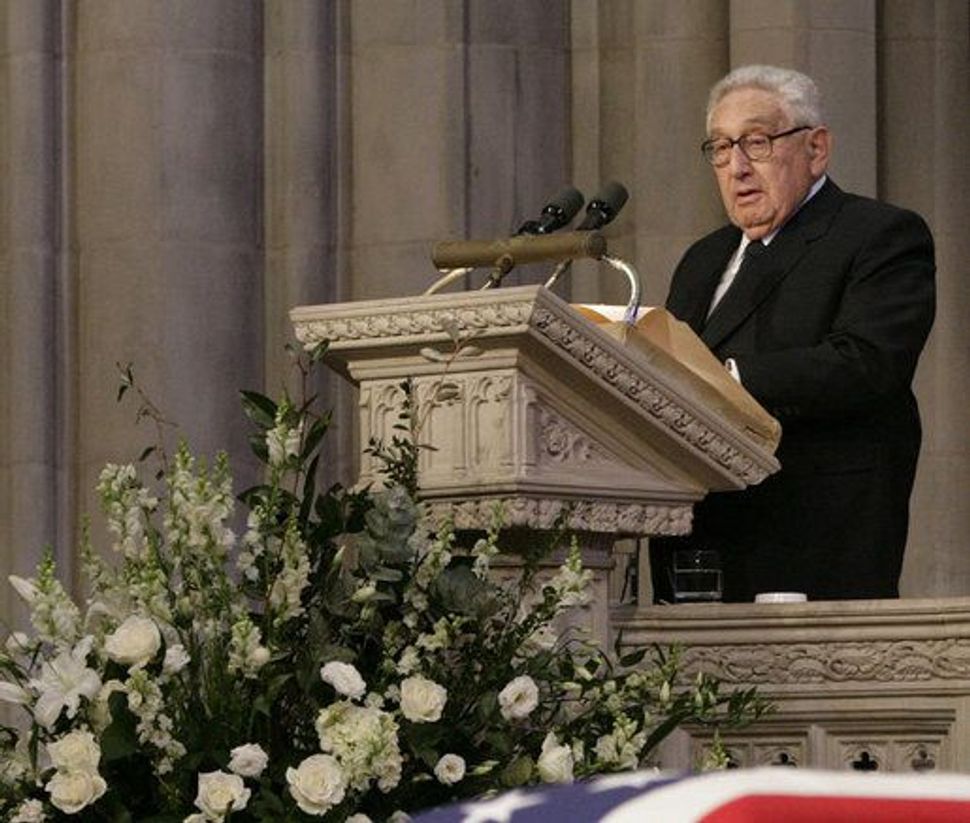 The sheer notion of juxtaposing W. F. Buckley and Mozart is an unintentional example of the “laugh-out-loud humor” promised by one back cover blurb for “Losing Mum and Pup.” But Kissinger, like Buckley fils, takes his oration entirely seriously, even posting it on his personal website. The notion of composing “by inspiration; he never needed a second draft” may apply to Buckley, a lifelong deadline journalist and author of trashy spy novels, but has nothing whatsoever to do with Mozart.

As the eminent Cornell University musicologist Neal Zaslaw points out in “Mozart as a Working Stiff,” an essay reprinted in “On Mozart” (Cambridge University Press), “we know that Mozart sketched,” laboring over different drafts of some compositions over a period of years. Some Mozart manuscripts “show second thoughts and hesitation,” Zaslaw emphasizes, citing Mozart’s 24th Piano Concerto in C Minor, K. 491.

Maybe Kissinger was simply confusing Mozart with left wing gay Jewish poet Allen Ginsberg, who loudly proclaimed “First thought, best thought,” although understandably, Kissinger might not have wished to link Buckley and Ginsberg at St. Patrick’s, and decided to drag in Mozart instead.

Kissinger (born Heinz Kissinger to a Bavarian Jewish family in 1923) has many enemies, notably Christopher Hitchens, who for over a decade has made a plausible case in articles, a documentary film, and a new memoir, “Hitch-22,” (also from Twelve Publishers) for regarding Kissinger as a war criminal.

Faulting the politico, who turned 87 on May 27, for misunderstanding Mozart may be like criticizing a death row inmate’s taste in socks, but decisions in the arts can also be directly linked to political actions, as a much-anticipated book to be published in the United States on October 4 by Yale University Press, “Mozart and the Nazis: How the Third Reich Abused a Cultural Icon” by Erik Levi, details. Even before Professor Levi’s book is available here, Kissinger helpfully shows that Nazis were not the only ones to misappropriate Wolfgang Amadeus for political purposes.