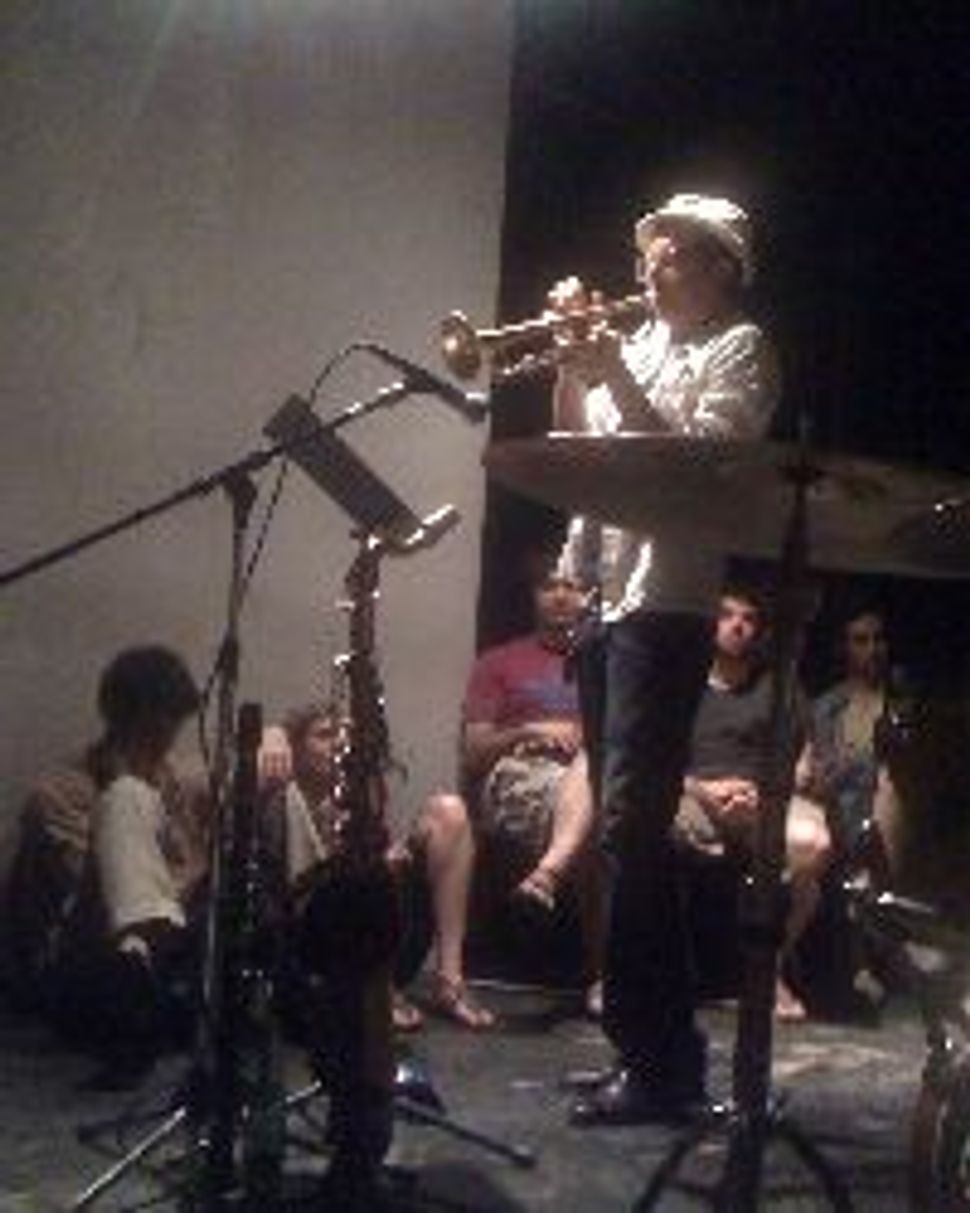 “Someone had to do it,” said Roberto Rodriguez who composes, leads and plays drums for the Cuban Jewish All-Stars. After 20 shows and over 1000 people passing through the doors at John Zorn’s non-profit jazz space The Stone last week, Rodriguez expressed quite a bit of — well, nachas — at what he and the musicians were able to create from May 20 to 30.

“I wanted to show how deep and influential Israelis have become in the New York Jazz scene,” he said. “They come from a small country, like Cuba, and they play in such different styles. I couldn’t get that kind of diversity from any other country.”

With performances that ranged from the emerging Oz Noy to the polished Avishai and Anat Cohen brother sister combo, the audiences of the festival were treated to the exploration and virtuosity that Israeli musicians are bringing out of Israel and to the streets of New York.

“There isn’t really a market for Jazz in Israel,” said Ziv Ravitz, who has been on the New York jazz scene for 10 years and played drums on Saturday night in a quartet led by Alon Nechustan.

“Israelis want music that is easier to digest. In times of problems you find yourself gravitating towards music that puts you more at ease, to find comfort. This music is challenging more, asks of you a little more, and so in these situations you have to have your own space for it. Whenever I go home, the last thing that my family wants to hear is another jazz album, no — there’s too many notes.”

Ravitz’s playing particularly stood out. Anyone who has attended a jazz show knows that drum solos can often test one’s patience — like an undergraduate literary theorist insisting that you listen to his understanding of Deleuze. Get to the point! But Ravitz impressed, seeming to find new depths in the drum heads, swaying at his kit unballasted, stabilized by his bouncing brown Chuck Taylored feet. The audience was in thrall every time the band stood back.

“There is a certain kind of old soul in Israeli jazz musicians,” said Rodriguez. “It’s kind of a maturity and I find that there is a lot of originality coming over.”

New York drummer Jeff Davis suggested: “A lot of Israelis are classically trained, but they want to play jazz. You can see that influence in the way that a lot of Israeli drummers set up. Their drums are flat, parallel to the ground, like classical drums.”

Rodriguez, sounding like Jackie Mason, suggested other benefits to exploring music with his brothers in exile:

“The other night I played there were three Cubans and five Israelis in my band. And I booked a wedding!”