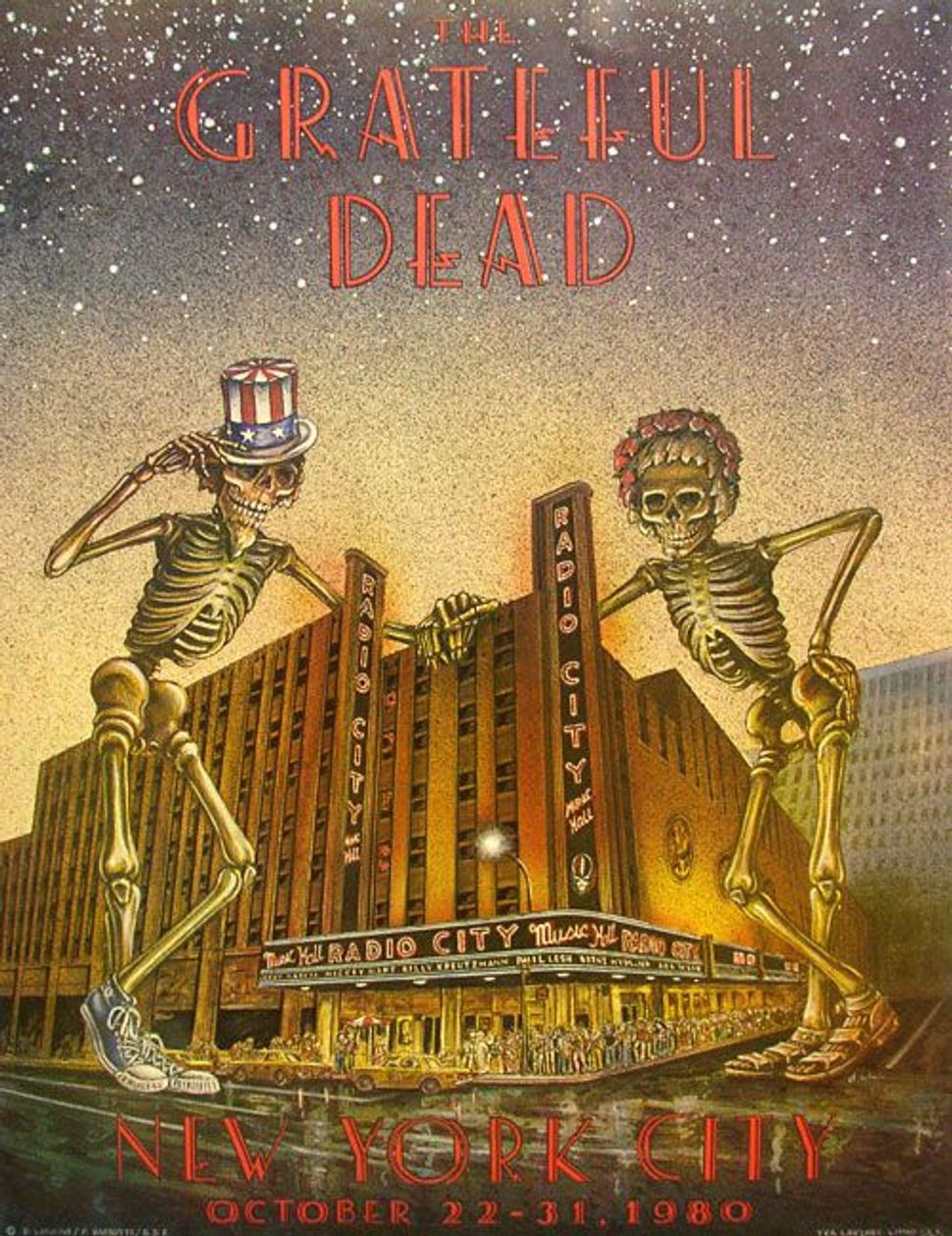 There is a much buzzed-about exhibit on the Grateful Dead going on right now at the New York Historical Society, which comes as a colorful contrast to the museum’s usual fare of Lincoln arcana and 18th century portraiture.

I was wondering, at first, what exactly the Jewish angle is on the Dead. Sure, you don’t have to look very far to find a ‘Steal Your Face’ yarmulke (there is one included in the NYHS exhibit), and the band did have one Jewish member, drummer Mickey Hart. More to the point, perhaps, the Dead are reputed to have held a Passover Seder backstage each year, usually coinciding with the New York stop of their spring tour.

All of this seemed redundant, however, when I showed up last week at a panel discussion being held in concurrence with the exhibit at the Society for Ethical Culture on Manhattan’s Upper West Side, where the Jewish component of Deadhead fandom was out in number. The crowd was more or less what you’d expect — middle-aged music fans, aging hippies, and respectable uptown professionals eager to recall youthful extravagances. Unsurprisingly, there were a few yarmulkes in the crowd (though none that I noticed with Dead decorations), along with a larger number of less-observant Jews who recalled, after the lecture, how the band always managed to schedule their shows on the High Holidays, leading inevitably to new rounds of inter-generational conflict.

Not all of the recently rekindled interest in the Dead is simply a matter of hippie nostalgia, however. A recent article in the Atlantic Monthly argued that the band’s carefully cultivated relationship with its intensely loyal fan base was decades ahead of its time in terms of business management theory, as was its conviction that sometimes the best way to make money is to give things away for free. The NYHS exhibit is replete with evidence of the Dead’s forward thinking approach, from recordings from its tour hotline to pieces of fan art licensed by the Dead as official merchandise. ‘Steal Your Face’ YamulKap, anyone?