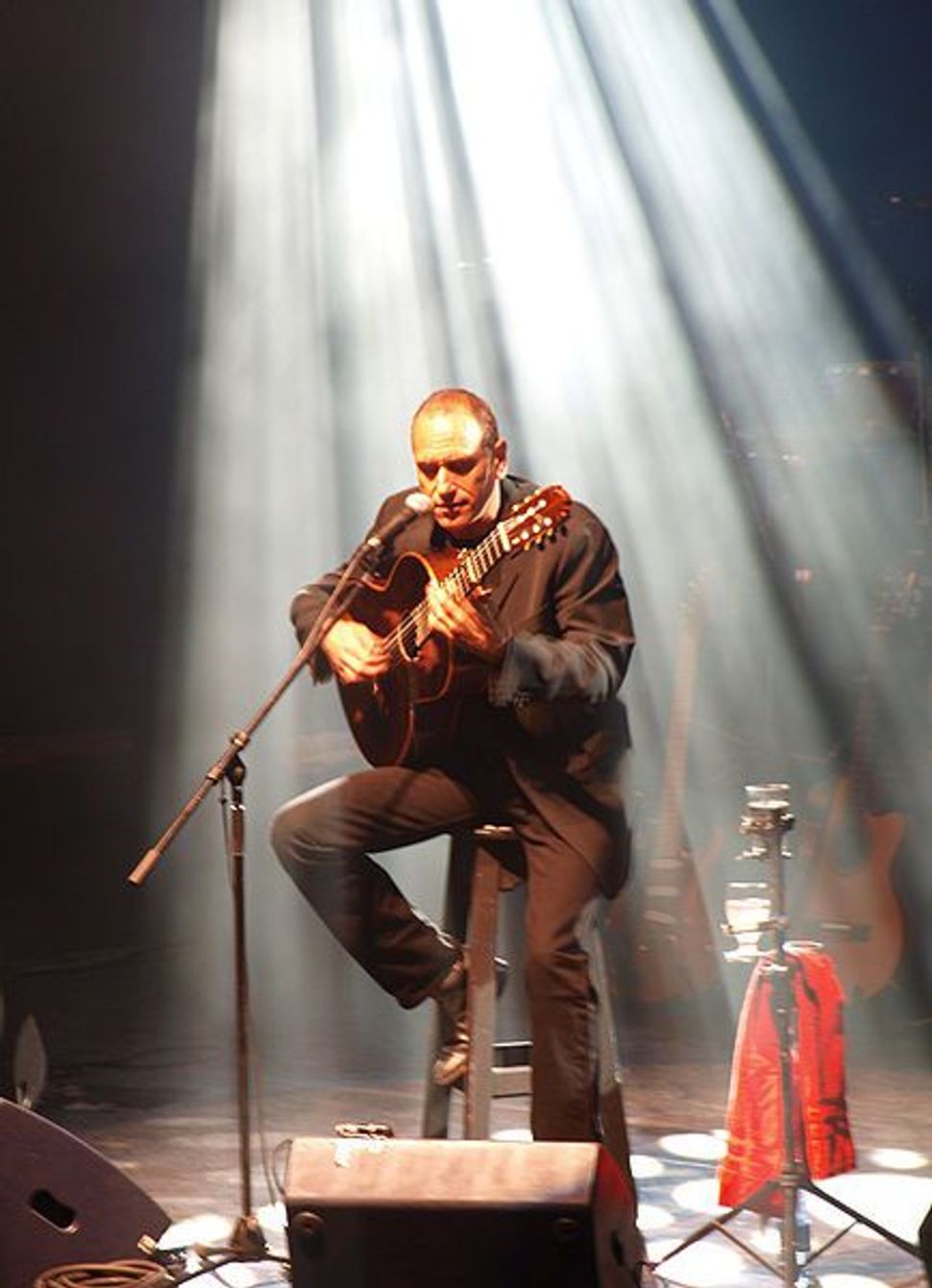 The grandson of Wellesley (Pinchas) Aron, Chaim Weizmann’s political secretary and co-founder of the Habonim movement as well as the Arab-Israeli settlement, Neve Shalom – Wāħat as-Salām, Broza was born in Haifa but raised in England and Spain. In the last country he picked up a highly personalized shorthand reduction of flamenco guitar style, without the benefit of formal studies, which has been a mainstay of his performances for decades.

Critics are at a total loss to describe Broza, now 54, reaching out for wildly inapposite terms like “Bruce Springsteen of Israel” or “post-modern Leonard Cohen” or even “Stevie Ray Vaughan of folk-rock.” On the contrary, Broza is Broza, from his start as a 1970s tousled-hair heartthrob to today’s performer, with somewhat less hair but comparable intensity and expressivity.

Early performances have a quasi-Brazilian relaxation that would not be out of place on Ipanema Beach. The chutzpah starts when Broza sings in languages other than Hebrew, where he is naturally most idiomatic as a longtime Tel Aviv resident. In one song, “The Art of Losing,” he rewrites a famous poem by Elizabeth Bishop, adjusting the words to suit his melody, much as nightclub singers do with Tin Pan Alley lyrics, except Bishop is one of America’s greatest poets, and deserves textual accuracy.

Broza’s Spanish is better, but many may feel that the real Broza is heard when he sings in Hebrew. B’Ivrit, Broza’s omnipresence in the Israeli entertainment world becomes immediately comprehensible, whether in powerful concerts or at informal venues, some as small as a bookstore. An accompanying presence to audiences’ lives, like all enduring performers, Broza enchants his fans by speaking to them but also by performing with a standard of quality that has altered remarkably little from the late ’70s until today.

Watch Broza sing under a giant pair of lips on TV in the 1970s: