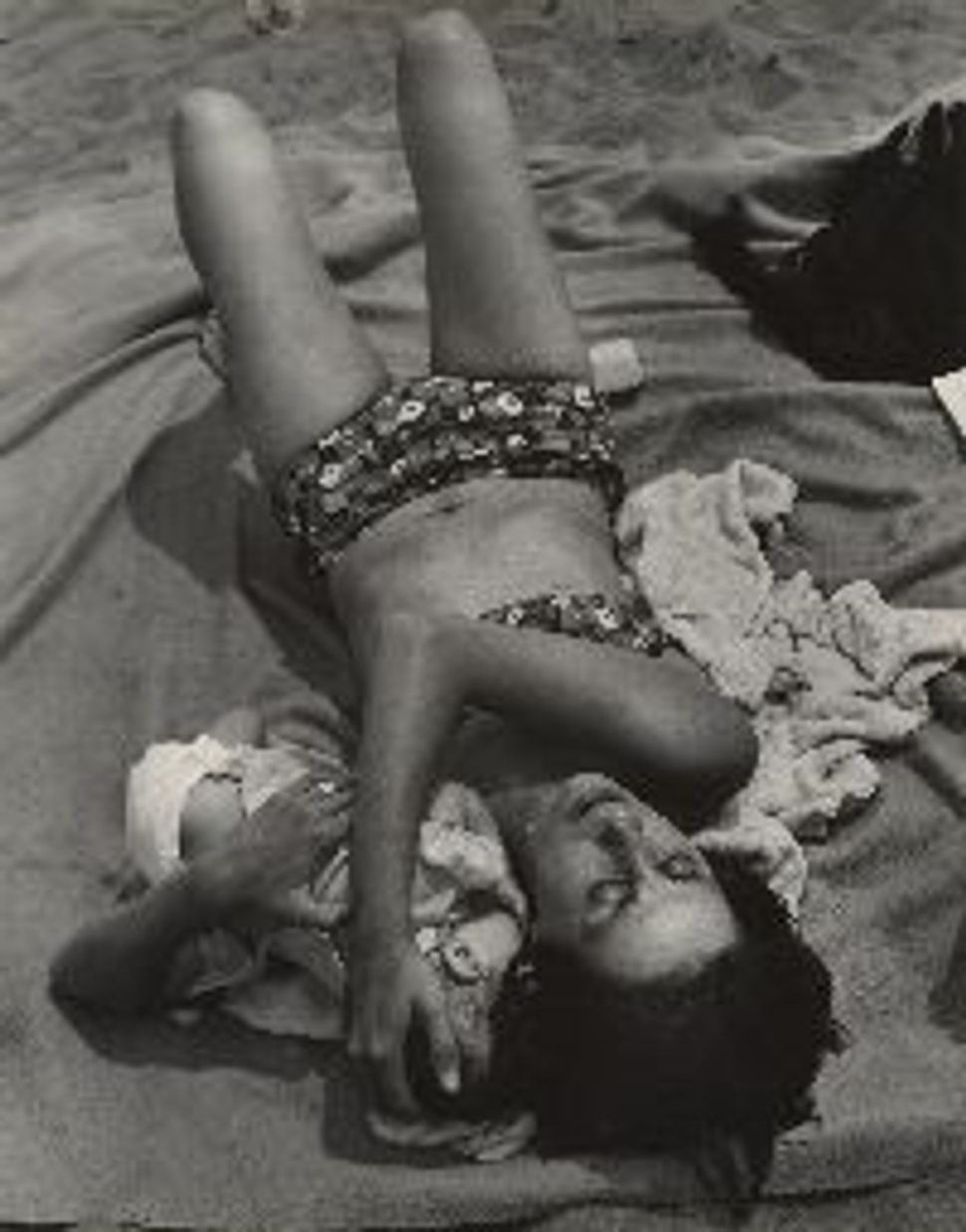 Leon Levinstein, an even more difficult case than Weegee because he was a less exuberant slummer, is being honored from June 8 to October 17 at the Metropolitan Museum with the exhibit “Hipsters, Hustlers, and Handball Players: Leon Levinstein’s New York Photographs, 1950–1980.”

The Met is not issuing an exhibit catalog, so the best book on Levinstein will remain a lavish album from Paris’s Les éditions Léo Scheer by photo curator Sam Stourdzé. In it, we learn that Levinstein came late to photography, at around age 35, and it remained a mere avocation while he kept his day job at a Manhattan ad agency.

Born in West Virginia in 1910, Levinstein’s shock at discovering New York in 1946 remained a permanent motivating force of his artistry. He studied with the socially aware photographer Sid Grossman, co-founder with Sol Libsohn of New York’s Photo League, where other gifted Jewish photographers such as Jerome Liebling, Aaron Siskind and Morris Engel also gathered.

Levinstein’s “Prospect Park, 1950” shows a barely visible, joyous child among Hasidim, who retain somber dignity even as they stretch out on the grass. The fiercely coiled bodies in Levinstein’s “Handball Players, Houston Street, New York, 1969” seem like a visual quote from “Handball,” the 1939 Tempera on paper by Ben Shahn.

In Levinstein’s “Mother with Child, 1955” a woman’s eyes goggle with emotion, perhaps at some unseen horror. “Mother with Child, 1955” might be an image from a deportation camp, but then, big city life is like a permanent displacement for some. Levinstein’s “New Orleans, 1975” depicts an almost nude, emaciated New Orleans male reveler extending a plastic cup of beer in a quasi-crucified pose, an image of simultaneous self-indulgence and death which appears to prefigure the AIDS era.

In “Coney Island, ca. 1954,” Levinstein is no celebrant of beach fun, regardless of age and ugliness, unlike the exuberant images of Lisette Model. Instead, Levinstein’s unflinching view of weather-beaten bodies and body parts is a photographic equivalent of talking tachlis, which makes his artistry both difficult and commanding.