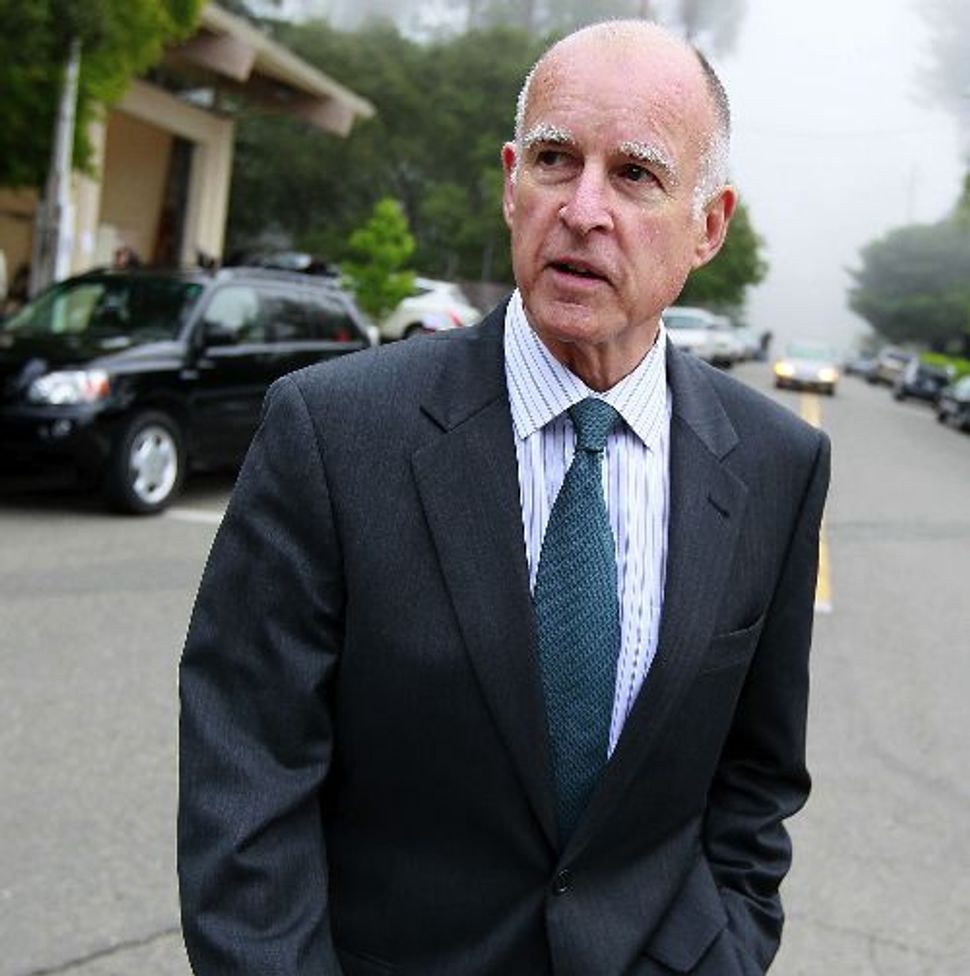 It’s hard to have sympathy for a seasoned politician who says something obviously inappropriate to a reporter. Really hard. Particularly when he compares his opponent to Nazi Minister of Propaganda Joseph Goebbels.

When the conversation drifted over to Republican opponent Meg Whitman’s deep pockets, Brown worried out loud – to a reporter – about the potential for a costly but effective smear campaign:

“It’s like Goebbels,” Brown said. “Goebbels invented this kind of propaganda. He took control of the whole world.”

The Whitman campaign quickly released a statement castigating Brown. And the ADL followed suit, saying “the use of Nazi references to underscore a political point is inappropriate and offensive under any circumstance.”

Then – as these things go, oh-so-predictably – Brown publicly apologized today and promised he’d learned a lesson – though perhaps not the one intended.

“I’ll tell you this,” he said. “Jogging in the hills with sweaty strangers will no longer result in conversations.”