‘Hipsters and Hassids’ Unite on Canvas 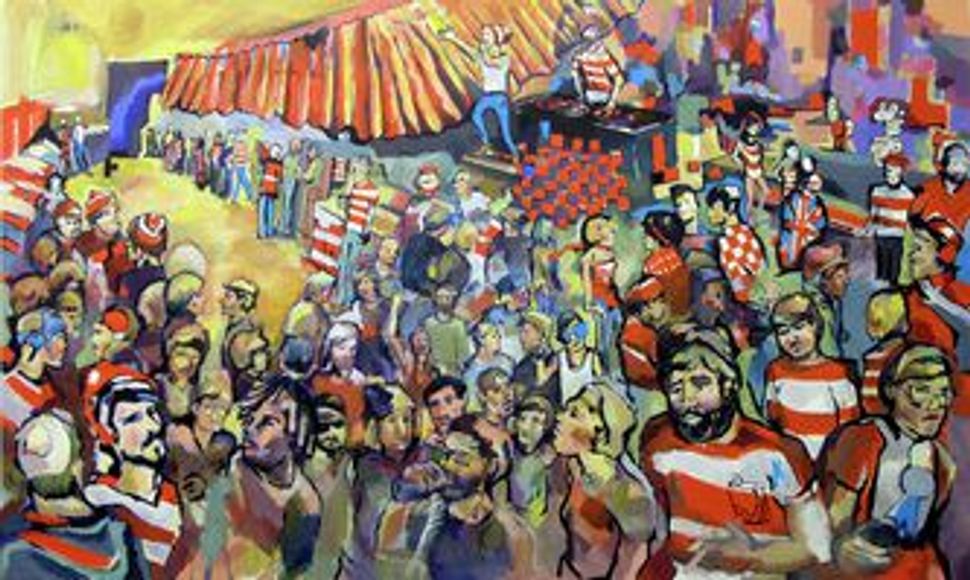 The hipster and Hasid communities go together like peanut butter and, well, gefilte fish. From the glaring cultural clashes, to the battle of the bicycles, the chosen people and their artsy, gaunt neighbors have not exactly achieved a harmonious blend over the years. 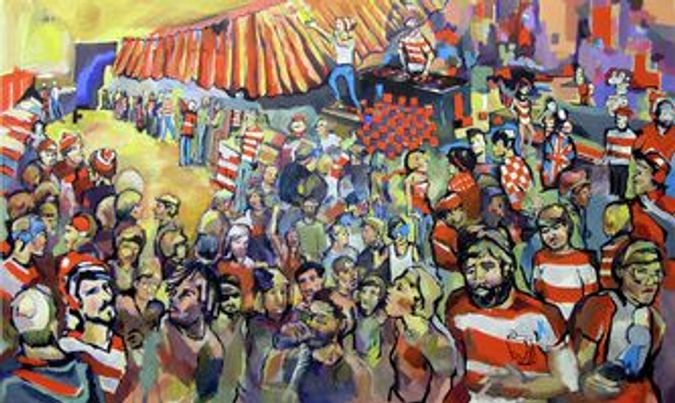 But on May 27 on the Lower East Side, the two worlds united on canvas and wood in a painting series titled “Hipsters and Hassids.” The exhibit is hosted by Le Salon d’Art, a hair-salon-meets-gallery that has been home to monthly art exhibits since July 2009. This month, Le Salon d’Art displays the work of Elke Reva Sudin, who received her Bachelor of Art degree from the Pratt Institute in 2009.

Sudin created much of her work on location, drawing inspiration by walking the streets of Williamsburg and visiting shops and cafés in both communities. This interactive process reverberates throughout the color soaked walls of the gallery, which breathe life into the space with their popsicle hues.

While certain paintings, such as “Gottleib’s Deli” and “Kellog’s Diner,” interact as straightforward juxtapositions, other pairs transcend the boundaries of the canvas. The “2 am Hipster Party” painting is infused with a rich, vibrant, red-and-white-striped “Where’s Waldo?” theme, while its counterpoint, “2 am Hassidic Fabrengen,” utilizes a blue-gray, charcoal color scheme to depict men talking and dancing. Strikingly, in both paintings most of the figures wear mirthless, almost forlorn expressions despite the convivial atmospheres, suggesting an underlying parallel between the two worlds.

With roots in both communities, but as neither a hipster nor a Hasid, Sudin is able to use her creative talents, if not to marry turntables and Talmud, at least to put them in the same room for a short time.

‘Hipsters and Hassids’ Unite on Canvas