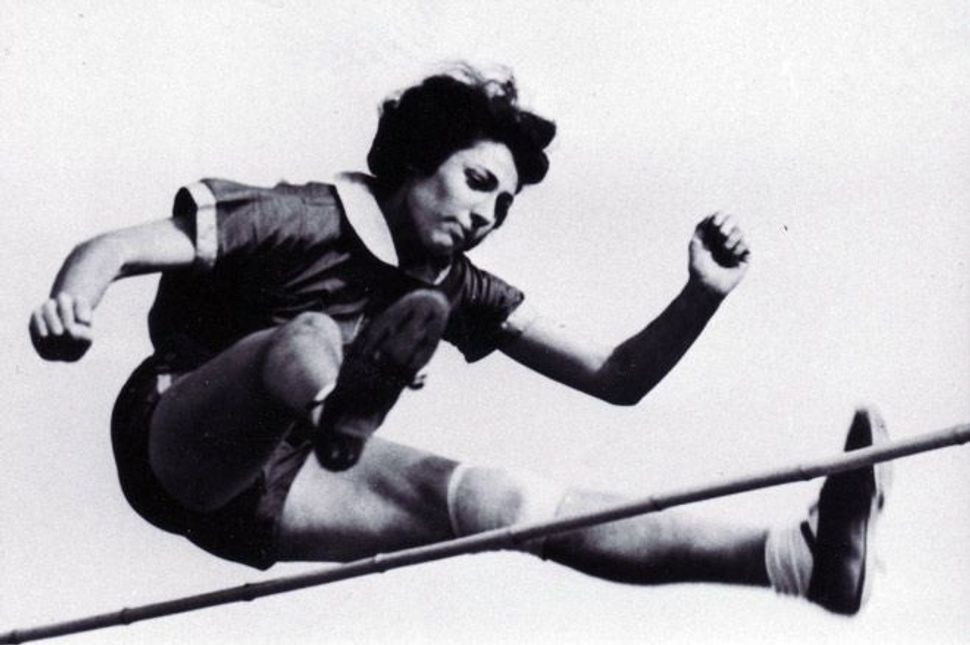 As summer approaches, sports fans may worry about the progress of the Mets’ rookie first baseman Isaac Benjamin “Ike” Davis, of Lithuanian Jewish ancestry, and use Sandy Koufax’s recent White House visit to remind everyone that the “only Jewish left-hander not named Sandy Koufax to toss two no-hitters” was Ken Holtzman.

The overpowering passion for Yiddishe sports has also struck Europe in the form of a book from the Göttingen publisher Verlag Die Werkstatt: “Jewish Sports and Sporting Jews in Germany: An Annotated Bibliography.” The book astutely traces what happened to Jews in Germany’s sports world before, during, and after the Nazi period.

This is essential and timely subject matter. After all, the German Jewish high jumper Gretel Bergmann, now 96, only received the national record due her last year. The German Athletics Federation was reportedly swayed to do so by the release of “Berlin 36,” a German film that, as the London Times reported, “tells how Nazis replaced Jewish woman athlete for man in drag.”

For all her achievements and belated recognition, Gretel Bergmann is far from the only Jewish athlete with a fascinating story (although possibly the only one with a Nazi drag queen rival). Also discussed in “Jewish Sports and Sporting Jews in Germany” is Zishe Breitbart, born Siegmund Breitbart to an Orthodox Jewish family of blacksmiths in Łódź, Poland.

Like Bergmann, Breitbart has attracted on-screen attention with Werner Herzog’s 2001 fictionalized biopic “Invincible.” Despite the film’s title, Breitbart, who sought to transform physically slack ghetto Jews into athletes, was himself vanquished by blood poisoning at the early age of 42.

Other German Jewish athletic greats have not benefited from movie fame, however, like the gymnast Alfred Flatow, a gold medalist at the 1896 Athens Summer Olympics. Flatow and his cousin Gustav, also an accomplished gymnast, were both murdered in their 70s in Theresienstadt. Honored in modern Germany with a 1996 postage stamp, the Flatows have been relatively little commemorated outside their homeland.

Nor is the Hungarian Jewish soccer player and coach Béla Guttmann a household name outside central Europe, despite his association, starting in 1922, with the renowned Sport Club Hakoah Wien, an all-star, all-Jewish soccer team which thrived until the 1938 Anschluss. Their adventures are described in “Star of David and Leather Ball: the Story of Jews in German and International Soccer,” another title from Werkstatt. German Jewish athletes, forerunners of today’s Maccabiah Games, take your places!

Watch Gretel Bergmann, who for many years has gone by the name of Margaret Lambert, describe her 1936 Berlin Olympics experience: