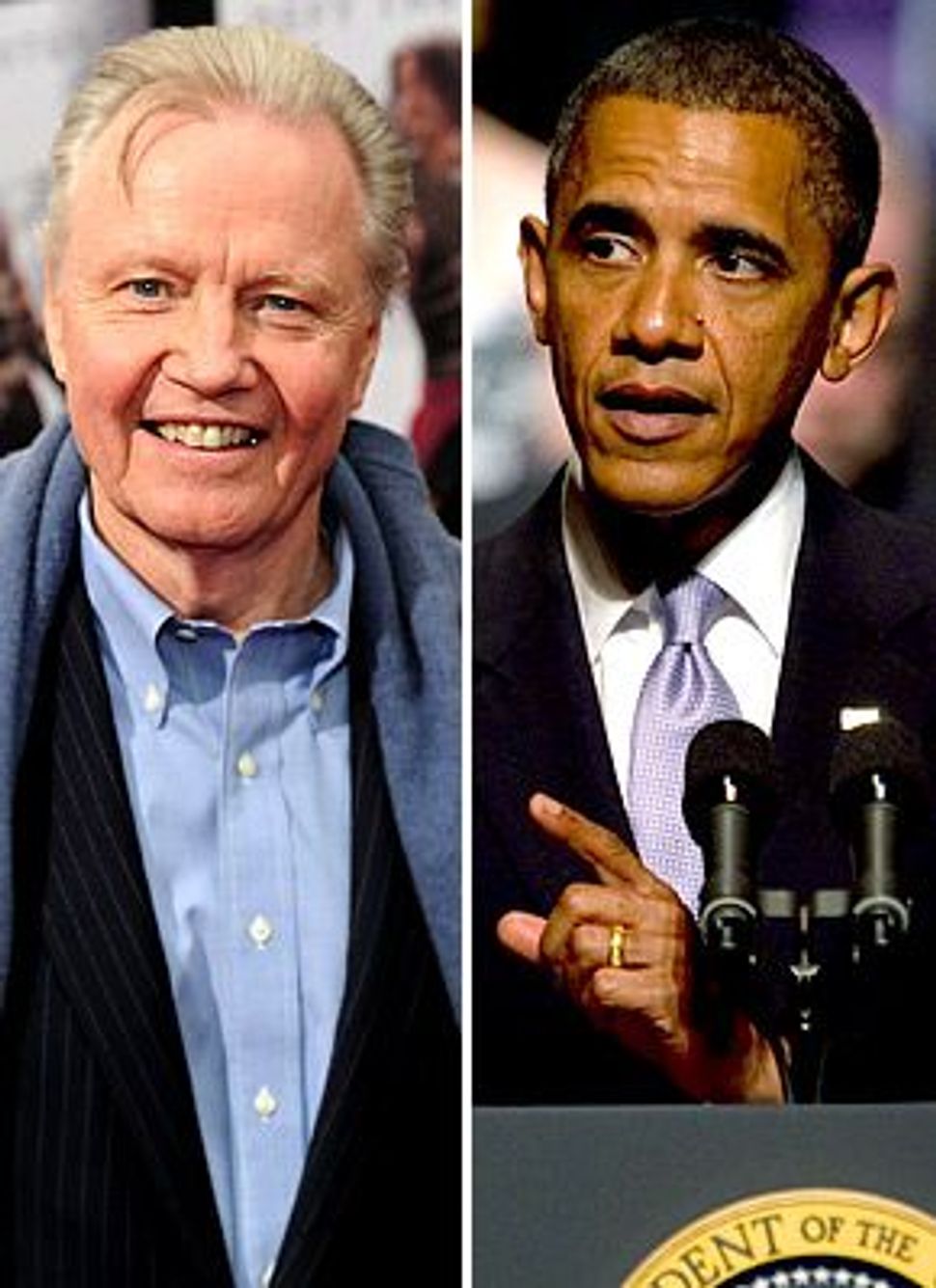 Jon Voight, actor and father of Angelina Jolie, attacked Obama’s treatment of Israel and Jews in an open letter published Tuesday in the conservative Washington Times:

You will be the first American president that lied to the Jewish people, and the American people as well, when you said that you would defend Israel, the only Democratic state in the Middle East, against all their enemies. You have done just the opposite. You have propagandized Israel, until they look like they are everyone’s enemy — and it has resonated throughout the world. You are putting Israel in harm’s way, and you have promoted anti-Semitism throughout the world.

You have brought this to a people who have given the world the Ten Commandments and most laws we live by today. The Jewish people have given the world our greatest scientists and philosophers, and the cures for many diseases, and now you play a very dangerous game so you can look like a true martyr to what you see and say are the underdogs. But the underdogs you defend are murderers and criminals who want Israel eradicated….

With heartfelt and deep concern for America and Israel,

This wasn’t the first time Voight bashed Obama. The staunch conservative has been critical of Obama since he was a senator. This was also not the first time Voight “advocated” for Israel. In 2009 he publicly criticized his former “Coming Home” co-star Jane Fonda for signing a petition supporting the withdraw of a film from the Toronto International Film Festival because of the fest’s spotlight on Tel Aviv.