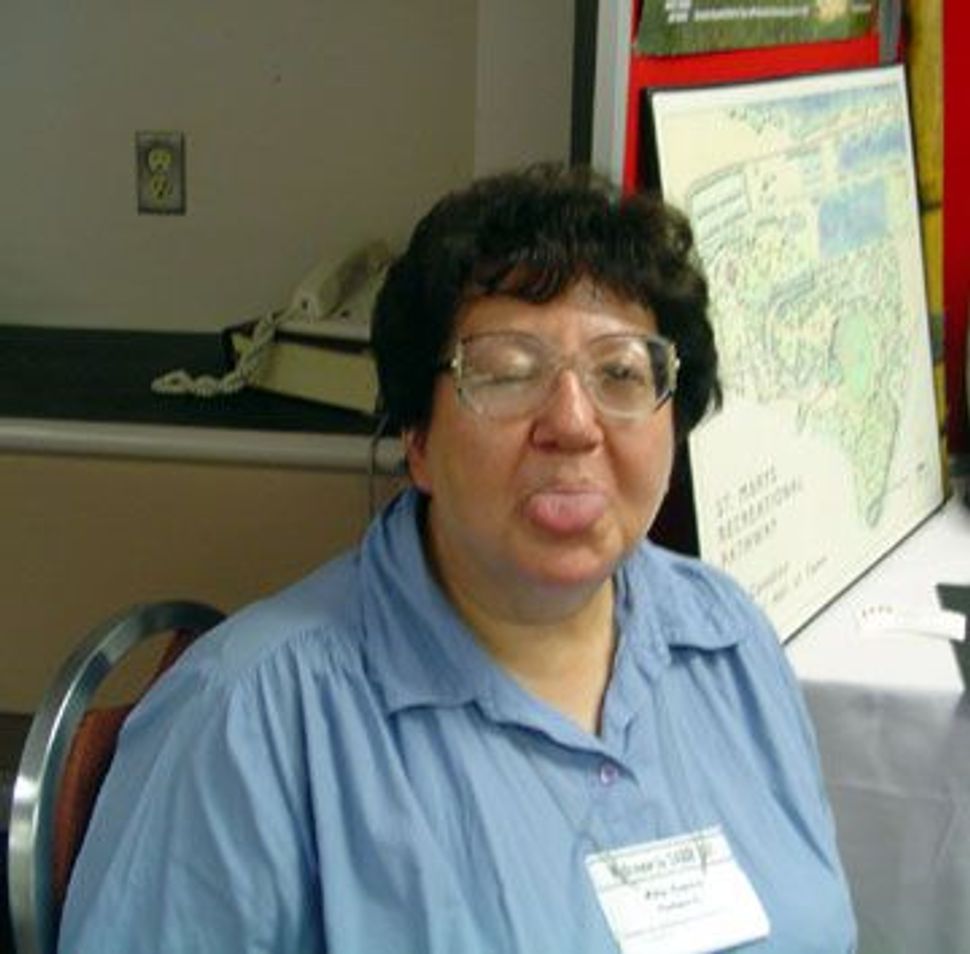 Musician and baseball fan Zita Carno disagrees with the umpire.

This August in Atlanta, when the Society for American Baseball Research (SABR) convenes, one of the attendees will be one of America’s most accomplished, if under-celebrated, Jewish musicians. For many years, the pianist Zita Carno (originally Carnovsky) has delighted music lovers with heartfelt and elegant performances of demanding modern music, first in New York, then in California, and most recently in Florida.

Carno’s dazzling skill as an accompanist has made her an in-demand performer on recordings of contemporary music, many from the small label Crystal Records. These include an album with trumpeter Thomas Stevens of the playful and pensive “Three Ideas for trumpet & piano” by Meyer Kupferman, a composer much influenced by Yiddish songs and Romanian Jewish folklore. The same CD boasts Leonard Bernstein’s jazzily joyous “Rondo for Lifey” from his 1948 “Brass Music” suite, in which Carno’s eupeptic personality especially shines.

Both Carno and Bernstein are jazz-influenced, but Carno’s grasp of free jazz is arguably more advanced than Bernstein’s, as proven by her performance alongside the great composer and pianist Mary Lou Williams on a Smithsonian Folkways CD. Carno, who soloed with Bernstein and the New York Philharmonic, also wrote cogent liner notes for John Coltrane, and contributed early analyses of Coltrane and Art Blakey to Nat Hentoff’s Jazz Review.

Composer Irwin Bazelon, a cousin of the Jewish social critic David T. Bazelon, was likewise influenced by modern jazz, and his Chamber Concerto, No 2, “Churchill Downs,” which Carno performs on a CD from Composers Recordings, is a delight. Bazelon was a horse racing fan who titled his concerto after the Kentucky Derby’s hometown. Carno surely empathizes, as she is a baseball fan to the point of joining the SABR after her retirement, following stalwart service as keyboard player for the LA Philharmonic.

Carno has also penned a short online biography of pitcher Eddie Lopat, who in 1950 was the first one to give up a grand slam home run to a Jewish pitcher, a certain Saul Rogovin. Carno’s absorbingly fluent, sage and sophisticated musicianship has been a widely shared secret for years among musicians, in old repertoire and new. Yet in Atlanta among her fellow SABR members, she will probably seem like just another passionate fan.