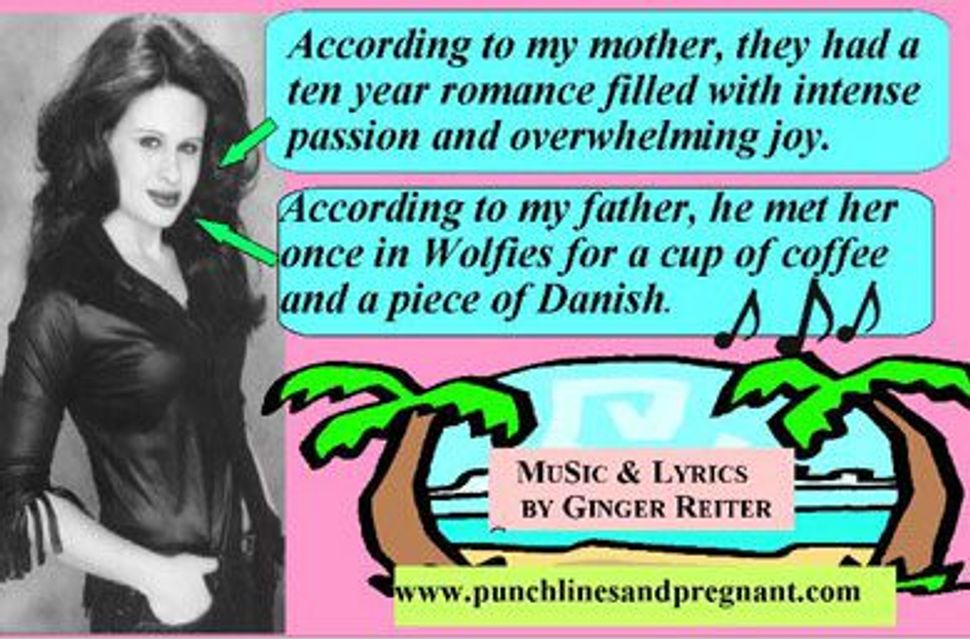 The product of that union is about to tell her own side of the story, The New York Post’s Page Six reports. Sheba Mason’s “702 Punchlines and Pregnant” will premiere July 6 at Gramercy Park’s Richard Shepard Theater. She’ll be playing her own mother; actor Alex Dunbar will play her famous father, who, Sheba told the Post, is not exactly expected to bring roses on opening night.

“When he sees me in the street, he actually recognizes me,” she told Page Six. “I know he recognizes me because he runs in the other direction.” She was being kind. In 2009, The New York Observer reported from one of her standup gigs: “Ms. Mason told the crowd… she was in a support group for illegitimate children: ‘B.A. — Bastards Anonymous.’” According to the Observer report, she used the “he runs in the other direction” joke back then, too.

Sheba Mason sounded a more earnest note in a 2008 interview with the New Jersey Jewish News. “Because he’s such a star, such a legend, and so amazing, I have him on such a pedestal in my mind that I couldn’t begin to compete with him or compare myself to him. I do aspire to be on that level one day, but I like to keep a realistic viewpoint of where I am and where he is,” she said.

For the moment, those aspirations include a showcase she hosts at Manhattan’s New York Comedy Club; its own web site promises she “Will Have You Clutching Your Sides in Laughter with witticisms from being single to politics to grandmas” (capitalization and grammar is theirs, not ours). We don’t usually clutch our sides when we laugh, but we’re curious to see Mason on stage — and, yes, to compare her to her famous father.