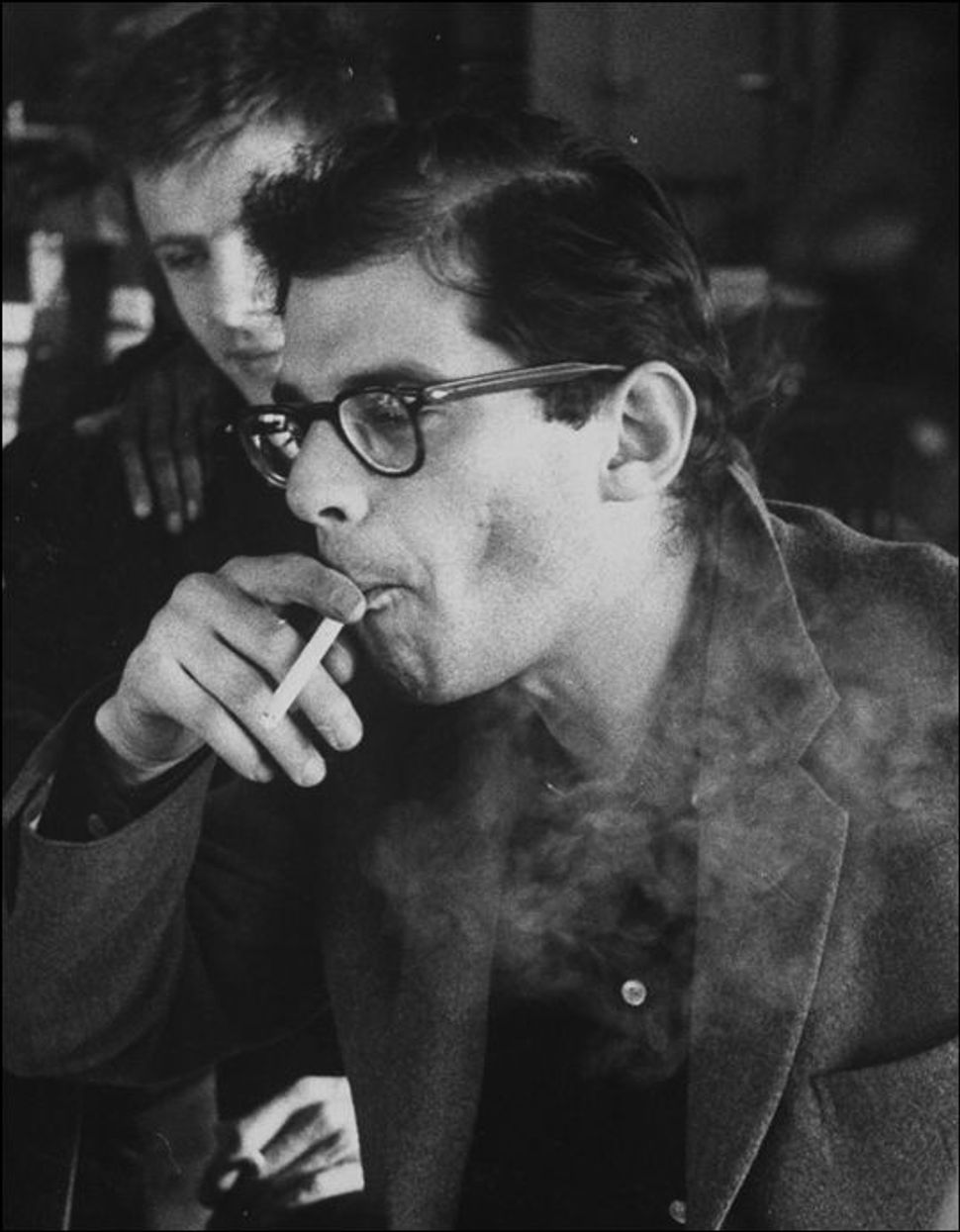 I had skin in the game when Bill Morgan’s “The Typewriter is Holy: The Complete Uncensored History of the Beat Generation” (Simon & Schuster) was published a month ago. With a title like that, it would surely undermine the premise of my own just released Beat book, “Missing a Beat: The Rants and Regrets of Seymour Krim.”

What lousy timing! I argued that Seymour Krim had been dropped from the Beat canon — he’s nowhere to be found in the many anthologies and histories of the past 20 years — because his work is too Jewish. He’s too concerned with Jewish identity, too much in love with the streetwise Jewish intellectual poet Milton Klonsky, too bugged by and too renegade about the whole Jewish-Black nexus. So even before I got my hands on “Typewriter” I visited Amazon to get a look at the index and wade through the long list of Kerouac entries to find the feared and damning Krim, Seymour, that would sink me.

Not only didn’t Morgan include Krim in his complete and uncensored history, he seems to have gone out of his way to prove my point about Beat and Jewish incompatibility. Morgan writes in his introduction that he understands the Beats as “essentially a group of friends who gathered around and interacted with Allen Ginsberg.” Right there, Morgan seems to have put himself in a Jewish half nelson. He’ll never get out of that one. Now he’ll have to talk about the Jewish cultural influence on the Beats that flowed from Ginsberg’s centrality.

But Morgan craftily uses the old Jewishness-is-solely-a-set-of-beliefs maneuver and, presto, he’s free. And Morgan seems to understand that he’s got to break this Jewish chokehold early, so on page three he writes, “The Ginsberg family was Jewish in name only, and both of Allen’s parents were fully agnostic; they were much more active in leftist politics.”

No Jews around here. Just some leftists named Ginsberg.

So my premise is safe, but that’s small consolation. Why do the Beats have a problem with the Jews?