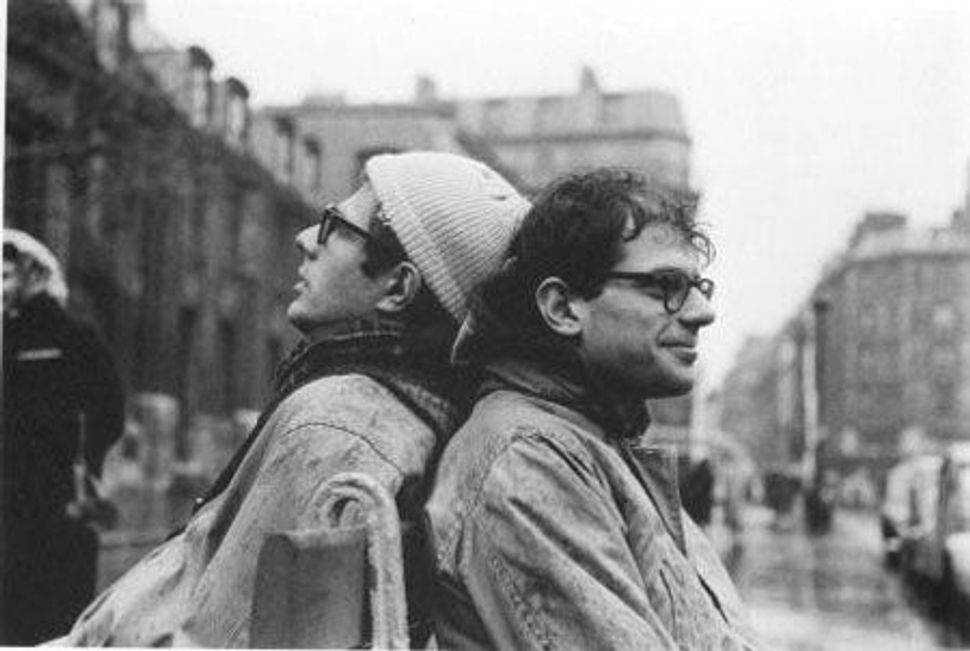 Ginsberg began snapping pictures of his fellow beats with a used camera in the early 1950s, capturing his group of intimates as they lounged, smoked, and bopped around Manhattan. This summer, Ginsberg as photographer is getting his first major exhibition at the National Gallery of Art in Washington, D.C., coinciding with the publication of “Beat Memories: The Photographs of Allen Ginsberg,” a collection edited by the NGA’s head of photography.

The 79 pieces at the art gallery begin in 1953 and, except for a hiatus between 1963 and the early 1980s, continue until Ginsberg’s death, in 1997. The photographs, tracing the Beats as they age, are spontaneous portraits with Ginsberg’s cramped captions commenting underneath. There’s Jack Kerouac horsing around in downtown New York, his mouth open in what Ginsberg describes as his “Dostoyevsky madface.” There’s Ginsberg leaning on a railing in front of a harbor, his eyes half closed and his lips frozen in a smirk, looking like a slightly nerdier Jeff Goldblum. There’s William Burroughs posing beside a “brother sphinx” in the Metropolitan Museum of Art, his hands deep in his pockets, his face exaggeratedly serious. And then there’s Ginsberg’s portrait on his 70th birthday, face lined and obscured by grey whiskers.

Ginsberg’s shots are full of charm, but it’s who’s in the photographs more than their composition that’s interesting. Looking through his pictures of musicians, writers, and assorted muses, you can’t help thinking about how much fun they’re having. There’s a knowingness to the frames that’s instantly recognizable: In a different age, this would have been a particularly well-edited Facebook album.

Self-indulgence — a quality that all self-proclaimed radicals must have in some quantity — has always been a hallmark of the Beats, and sometimes undermines Ginsberg’s writing. But in his photos, it has the opposite effect: Rather than excluding the audience, it draws them in. You are being allowed inside the Beat clubhouse, and it’s exhilarating. He infuses the pictures with casual warmth, but the photographs — particularly in the 1980s and 1990s — have a hard edge to them.

Ginsberg was inspired to take up his camera again in part because of the photographer Robert Frank, and Frank’s influence is evident in the later pictures: The lens seems less forgiving of its subjects, the angles sharper, the Beats fading, the feeling wistful. These are before and after pictures of Bohemia, yearbooks of a literary movement. Ginsberg thought of his work as “celestial snapshots,” a way to emphasize “the sacredness of the moment.” By those terms, more than any artistic standard, Ginsberg as a photographer was entirely successful.