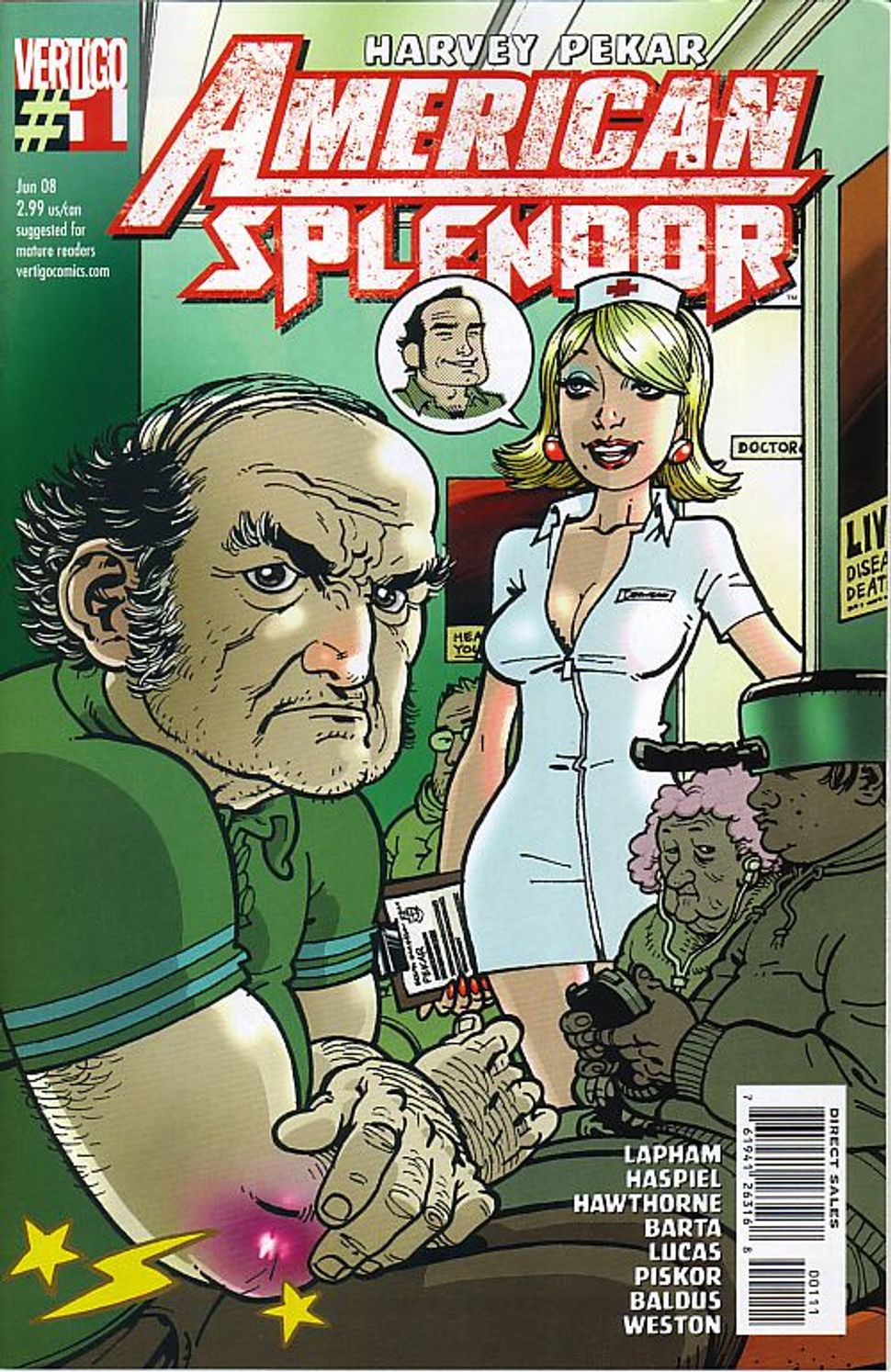 Even after Pekar’s death, however, there are things to look forward to in the world of Jewish comic books and graphic novels. On September 25, “Graphic Details: Confessional Comics by Jewish Women” opens at San Francisco’s Cartoon Art Museum. The Forward is an official media sponsor for the show, which will travel in April 2011 to Toronto’s Koffler Centre for the Arts, and which features such prominent artists as Aline Kominsky-Crumb, Sarah Glidden, Miriam Katin and Ilana Zeffren.

Ideal background reading for the exhibit is provided by the recent paperback edition of “The Jewish Graphic Novel: Critical Approaches” from Rutgers University Press, edited by Samantha Baskind, an associate professor of art at Cleveland State University, and Forward contributor Ranen Omer-Sherman, professor of English and Jewish studies at the University of Miami.

“The Jewish Graphic Novel” includes Baskind’s interview with the Hungarian-born Katin, who moved many readers with her 2006 graphic memoir of her own childhood Holocaust experience, “We Are On Our Own,” from Drawn & Quarterly. Katin confides that the first time she noticed Art Spiegelman’s “Maus” “in a bookstore window in Tel Aviv…I was so appalled that someone presented this subject in comic form, I did not even want to touch the book. However, later in New York I did read it and realized how great it is and that gave me license to deal with the subject myself.”

Similarly liberating was Zeffren’s 2005 “Sipur Varod” (“Pink Story”), an autobiographical history of the struggle for lesbian and gay rights in Israel. “Sipur Varod” is the “first graphic novel published in Hebrew to feature a lesbian heroine,” according to chapter author Alon Raab, a Lecturer in Religious Studies at UC Davis. Zeffren quietly makes devastating points by contrasting self-confident Israeli gays like singer Ivri Lider to vocal homophobes like the late performer Meir Ariel, whose reactionary bigotry was detailed in Lee Walzer’s 2000 study, “Between Sodom and Eden: A Gay Journey Through Today’s Changing Israel” from Columbia University Press. Zeffren’s narrative is also interrupted by anachronistic cameos, such as one by England’s Queen Victoria who declares that sex between women is “impossible.”

What is clearly possible is a renaissance of gifted Jewish artists in the field of comic books and graphic novels. While Pekar will surely be missed, “The Jewish Graphic Novel” is a timely and acutely informed survey of these developments.

Watch Harvey Pekar on Late Night with David Letterman in 1987: