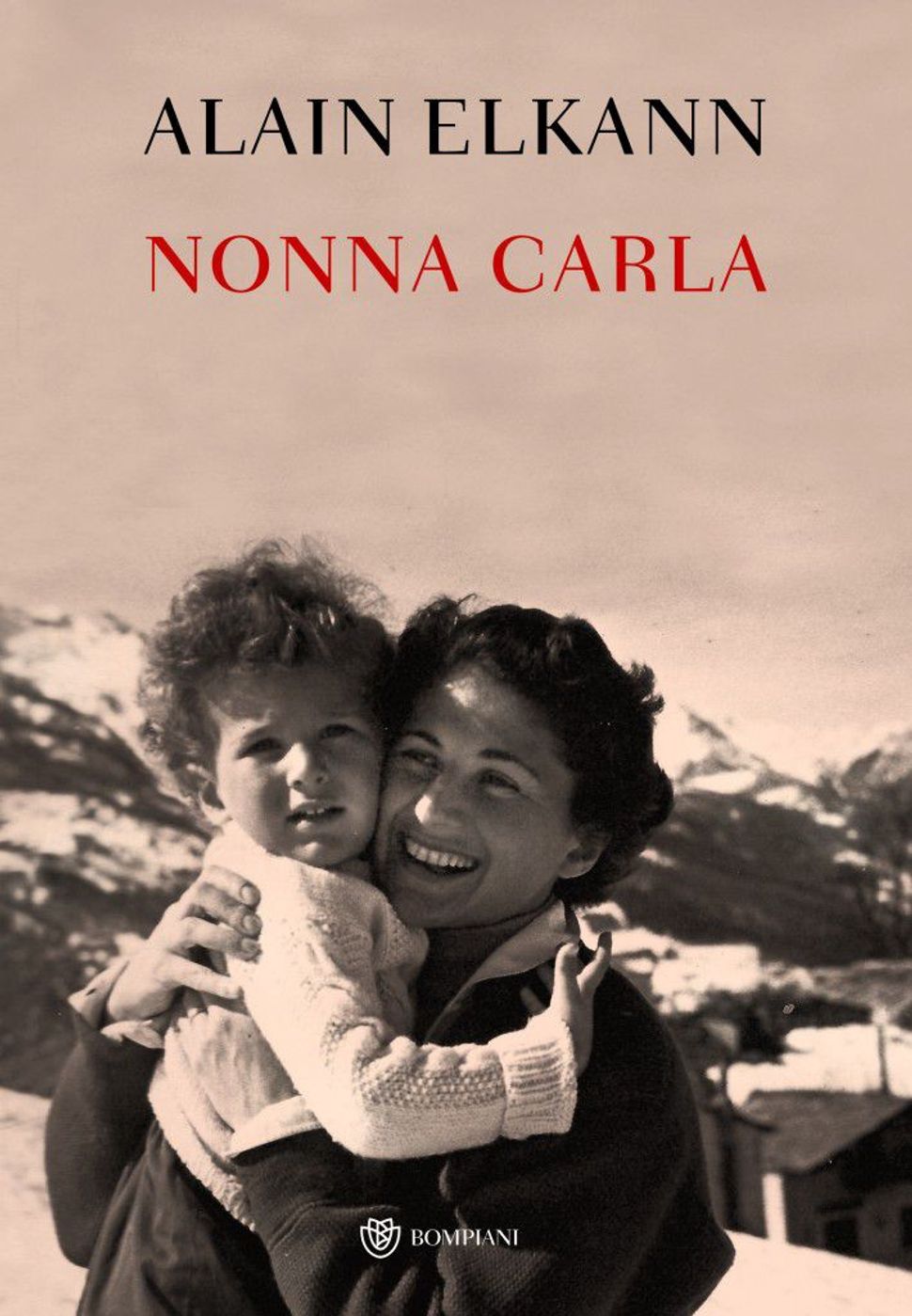 Alain Elkann, born in 1950, is perhaps best known for his “Life of Moravia,” in which he was the chosen interlocutor of the famed novelist Alberto Moravia.The Jewish Italian author and journalist has also published two books of conversations with the chief rabbi emeritus of Italy, Elio Toaff, “To Be A Jew” and “The Messiah and the Jews,” both from Edizioni Bompiani.

Unfortunately, few of Elkann’s books are available in English, aside from a few short novels published by Pushkin Press. Such is also the case with Elkann’s new memoir, “Grandma Carla,” also from Bompiani, a moving elegy to his late mother which certainly merits translation.

In 1938, Elkann’s mother Carla Ovazza fled wartime fascism to Manhattan with her husband Jean-Paul Elkann, a banker and the longtime president of Paris’s Consistoire council, a leading French Jewish organization. Returning to her native Turin after the war, Ovazza renewed friendships with Primo Levi, Rabbi Toaff, and Tullia Zevi, the remarkable nonagenarian who served as president of the Union of Italian Jewish Communities.

In April, 2000 Carla Ovazza fell ill, and her family clustered around her Turin hospital bed. Elkann clings to family traditions at this difficult time, traveling to Rome to attend a Passover Seder with friends, speaking to Rabbi Toaff by phone, and even reading Isaac Bashevis Singer’s novel “Shadows on the Hudson” in Italian translation (“Ombre sull’Hudson”). He attends a dinner hosted by Italian Jewish film producer Roberto Haggiag for Lord Weidenfeld, but anxiety about Grandma Carla, as the family calls her, persists.

Elkann is repelled by the hospital’s scientific aspect, which obviates spirituality, and refuses to consult his mother’s medical charts and test results “as if she were a refrigerator.” When she dies, Elkann feels an immediate need to visit Jerusalem after reciting the Kaddish.

A decade later, he is most proud of his mother for “being Jewish, deeply religious and observant, living amidst people of other religions, but without judging or criticizing.” A touching filial tribute to a woman now buried mere steps away from her childhood friend Primo Levi in the Cimitero Monumentale.

Watch Alain Elkann discuss his memoir of his mother: