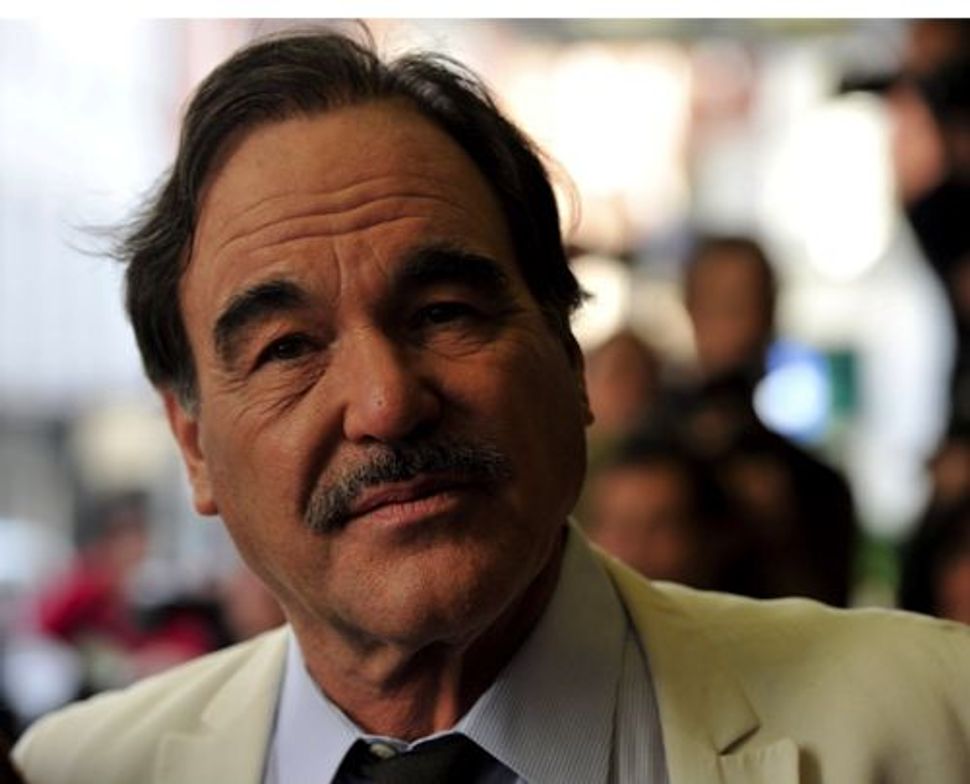 Maybe he’s not such an expert on natural born killers, after all.

For the second time this year, filmmaker Oliver Stone has generated controversy with comments about Adolf Hitler, contending in London’s Sunday Times that the Nazi dictator needed to be viewed “in context.” The July 25 interview also quoted the “Platoon” and “Wall Street” director as criticizing “Jewish domination of the media,” saying that it had distorted popular understanding of the Holocaust. The comments followed a January press conference in which the three-time Oscar winner told journalists, “Hitler is an easy scapegoat…. We can’t judge people as only bad or good.”

A swift online backlash (which included a tongue-lashing from several prominent Jews, including Abe Foxman, director of the Anti-Defamation League) prompted a July 26 apology for the most recent comments, in which Stone also contended that Israel has “f—ed up U.S. foreign policy for years.”

“In trying to make a broader historical point about the range of atrocities the Germans committed against many people, I made a clumsy association about the Holocaust, for which I am sorry and I regret,” the director said in a statement. The apology also noted that “Jews obviously do not control media or any other industry. The fact that the Holocaust is still a very important, vivid and current matter today is, in fact, a great credit to the very hard work of a broad coalition of people committed to the remembrance of this atrocity — and it was an atrocity.”

Stone was born to a Jewish father and was raised Episcopalian. He has stirred debate with his films, like the conspiracy-minded “JFK” and the hyper-violent “Natural Born Killers.” His Sunday Times interview came as part of efforts to promote “South of the Border,” a Stone-directed documentary that has been criticized by some as being overly sympathetic to Hugo Chavez and other South American leaders.