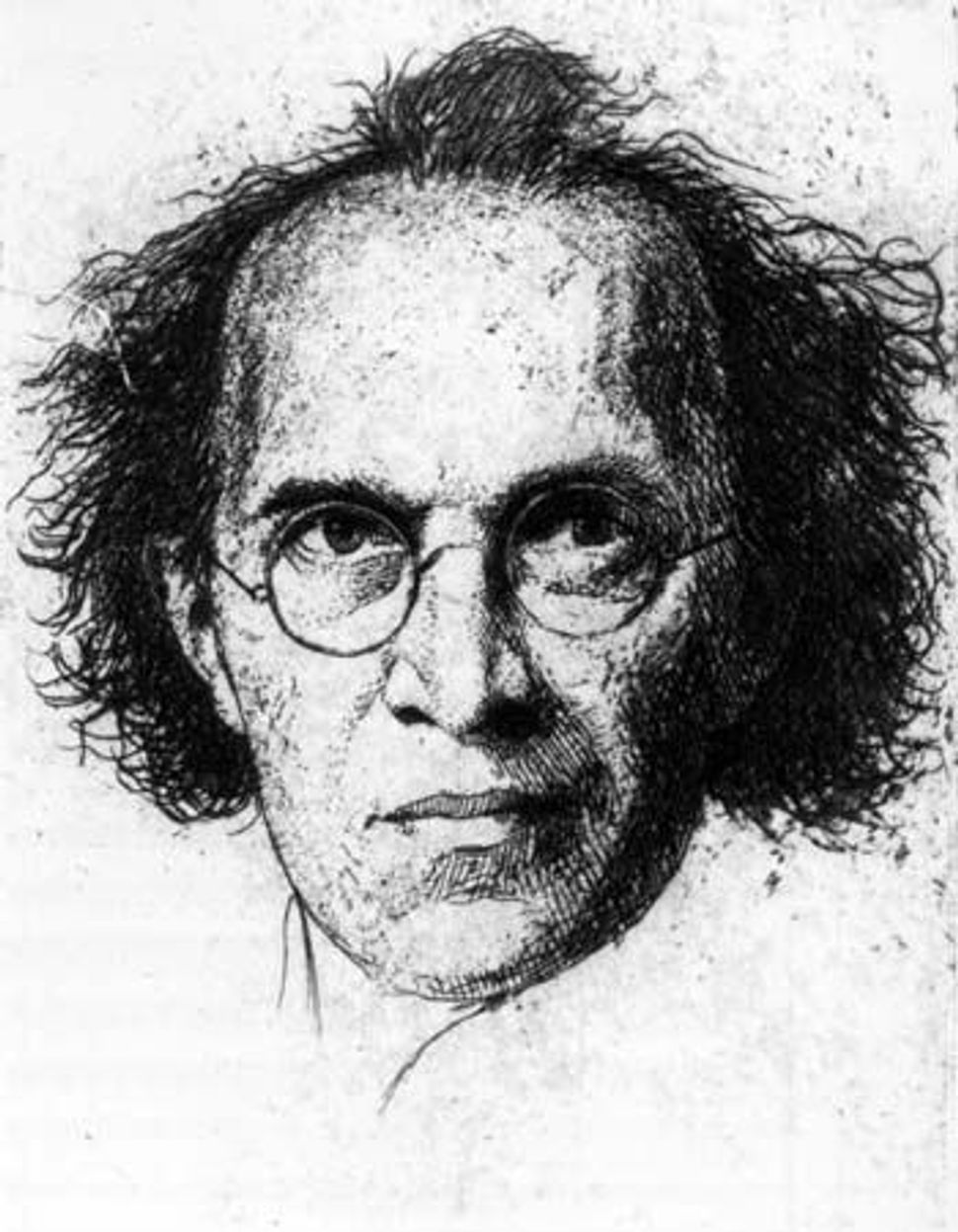 Franz Schreker in 1922, as drawn by the German artist Heinrich Gottselig. Image by Wiki Commons

In recent years, however, Schreker’s works have received some long-overdue attention. In 2005 American music director Kent Nagano conducted a darkly impressive revival of Schreker’s 1918 opera “The Marked Ones” ( “Die Gezeichneten”) at the Salzburg Festival, and last April it was performed by the Los Angeles Opera to considerable acclaim.

Now, Schreker’s 1912 work, “The Distant Sound” (“Der Ferne Klang”), is being fully staged for the first time in North America at the Bard SummerScape Festival at Annandale-on-Hudson. A high-decibel post-Wagnerian extravaganza, the opera is conducted by the president of Bard College, Leon Botstein, and directed by Thaddeus Strassberger, the 2005 winner of the European Opera Directing Prize.

“The Distant Sound,” whose music and libretto were both written by Schreker, tells the story of a poor composer named Fritz (Mathias Schulz) who abandons his lover, Grete (Yamina Maamar). While Fritz pursues the titular “distant sound” of his imagination, Grete descends into prostitution. The second act of the opera takes place in a Venetian bordello, and the music includes a gypsy band and full chorus in addition to the orchestra.

While Schreker originally set “The Distant Sound” around the end of World War I, the Bard production moves it to the time of Schreker’s death in 1934. Aged only 55, the composer had by then already fallen out of favor with the prevailing musical tastes of the day. Even by the late 1920s, Schreker’s heavy orchestrations seemed old fashioned to modernists, though Schreker himself retained the personal affection of colleagues such as Arnold Schoenberg.

Following the rise of the Nazis Schrecker was further attacked due to his Jewish roots, despite a 1933 letter to the president of Berlin’s Prussian Academy of Fine Arts in which he disingenuously (and unsuccessfully) claimed to be Aryan. His reputation continued to decline after his death, and in the 1938 Nazi-sponsored exhibit of “Degenerate Music” in Düsseldorf he was termed the Magnus Hirschfeld of opera composers, a reference to the pioneering Jewish sexologist. “[Schreker] has set to music every sexual or pathological perversion,” the Nazis complained.

Such disadvantages notwithstanding, Schrecker had considerable influence on subsequent composers. Indeed, the reason for the performance of “The Distant Sound” at Bard is because of Schreker’s influence on the modernist Austrian composer Alban Berg, to whom this year’s festival is dedicated. Schrecker’s many devoted pupils also included such prominent Jewish conductors as Jascha Horenstein, Artur Rodzinski and Joseph Rosenstock.

Still, despite Schreker’s influence, an otherwise sympathetic study, “Franz Schreker,” by Alain Perroux (Les éditions Papillon) goes overboard in claiming that a repetitive passage for celesta from “The Distant Sound” prefigures minimalists like Steve Reich and Philip Glass. Schreker really prefigured no one, but that hardly lessens the value of his music.

Listen to an aria from Franz Schreker’s ‘The Distant Sound’: