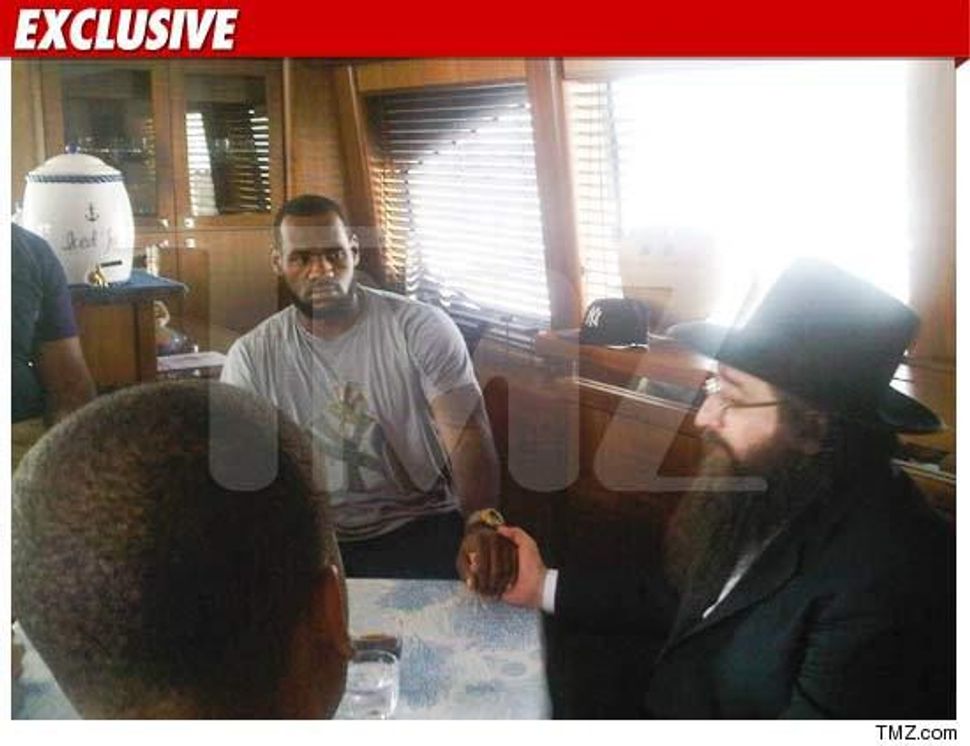 In the wake of his much-maligned primetime special announcing his move to the Miami Heat, is hoops superstar LeBron James desperate for some good advice?

“Whoever this rabbi is or isn’t, he can’t possibly give worse advice than his handlers have given him,” said Bissinger, who co-authored a biography titled “Shooting Stars” with the player. “The Decision,” James’ hour-long announcement aired on ESPN on July 8 to near-unanimous derision.

Pinto, whose organization Shuva Israel has its Manhattan headquarters on East 58th Street, does not speak English. It was not immediately clear how the two had communicated. Spokesmen for James and Pinto declined to comment.

According to TMZ, James paid Pinto “in the neighborhood of 6-figures” to sit in on a business meeting. Pinto regularly advises his followers on business matters.

“There’s a component of that where someone believes that the kabbalist can predict the profitability, or lack thereof, of a specific investment,” said Jonathan Nachmani, a real estate investor and a member of the Sephardic community who has met Pinto many times. He maintained that Pinto would “never give a guarantee one way or the other” regarding the prospects of a deal.

Bissinger said that James doesn’t spend money frivolously. “He’s very careful with money and he doesn’t throw it around,” he explained. “So obviously he did this for specific reasons. To him it’s very serious.”