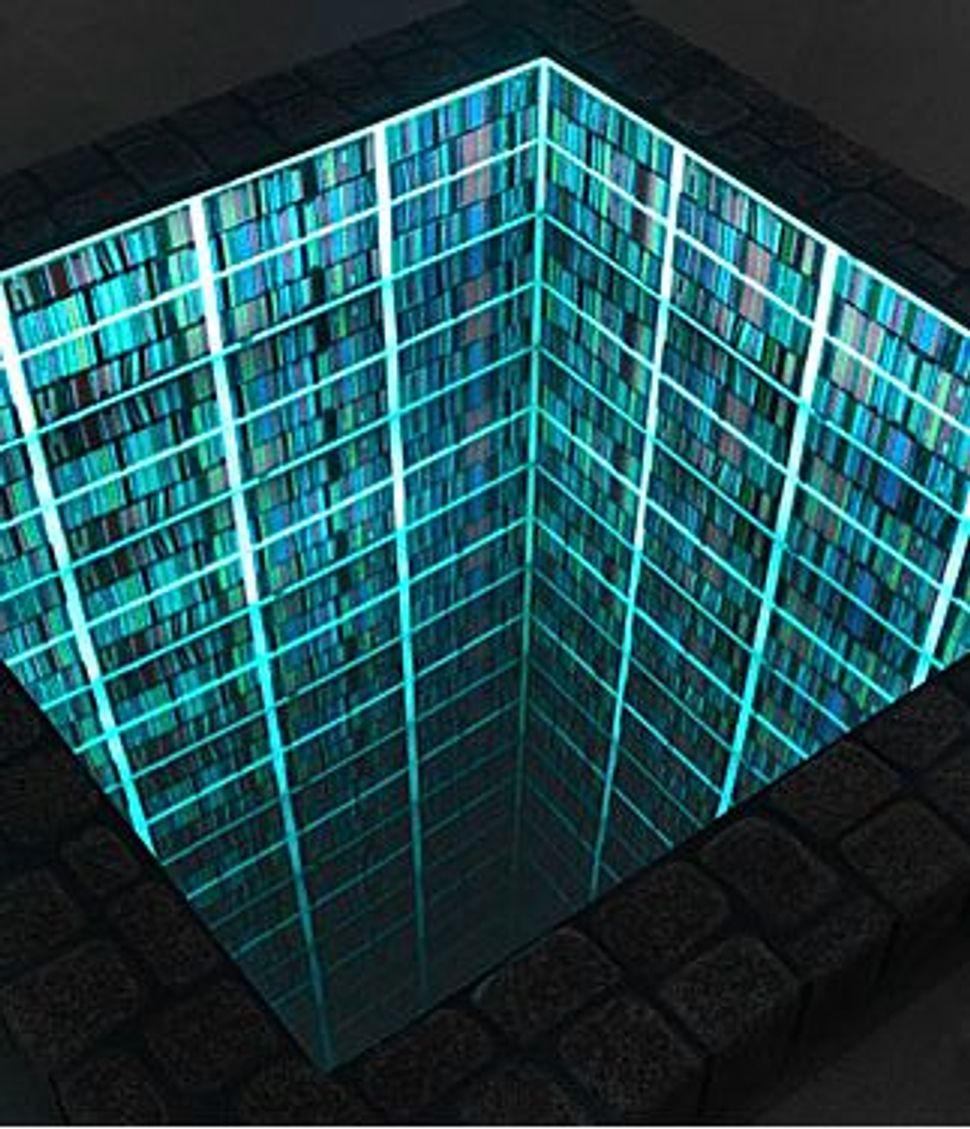 The theme of the exhibition is books, and each of the show’s five sections is oriented around the idea of the book, whether literally — stacks of Jewish Argentine biographies are piled on tables in the “Bookstore” section — or figuratively, with sculptures that take books as the central feature of their design.

Aside from steak and psychoanalysis, Argentina is known for its rich intellectual life and deep-seated Jewish community, and the exhibition aims to eliminate any doubt over the connection between the two. Writer Jacobo Timerman, playwright Ariel Dorfman, and a number of renowned chess players are among the community’s more notable members, and their biographies are the first things that visitors encounter upon entering the exhibition — a towering physical reminder of decades of cultural history.

A timeline on the back wall dates Argentine Jewry’s origins to 1860, when Buenos Aires recorded its first Jewish wedding, and it traces the evolution of the community up through 2009, mapping the proliferation of Yiddish newspapers, organizations, and kosher butchers alongside national and global events. At the end of the history, so to speak, visitors are invited to duck into one of the museum’s signature nooks and watch four TV screens projecting parts of contemporary Jewish Argentine films. After half an hour, my screen had already cycled through three movies and a modern dance routine, and I walked off, fully convinced that the field of Argentine Jewish cinema was extensive enough to take up the rest of my afternoon.

The final parts of the exhibition, “Support Columns,” “Sidewalk of Memory” and “Underground Library II,” attempt to create a dialogue with the show’s broader context. With “Underground Library II,” the exhibition’s organizers created a small-scale replica of Israeli artist Micha Ullman’s “Bibliotek” memorial, a subterranean sculpture about Nazi book burnings embedded in nearby Bebelplatz. The piece is immediately recognizable to anybody who’s been in Berlin for more than a day with a decent guide, but in the new version, the normally empty underground bookshelves are fully stocked.

Walking around the corner, visitors encounter “Sidewalk of Memory,” a piece that features the names of murdered Jews engraved into plaques and tiles. The sidewalk, a riff on Gunter Demnig’s “Stolperstein” project, ends in Menashe Kadishman’s powerful “Shalechet” installation, which invites viewers not only to look at tiles, but to walk on a field of crying metal faces. The final piece of the trio is “Support Columns,” a series of pillars that most explicitly makes the connection between memory and history. The columns are made up of stacks of books, and their spines remind viewers in English, Spanish, and German, that “everything falls apart when there’s no memory.”

In a place like the Jewish Museum Berlin, however, art is hard-pressed to challenge the gravitas of the space itself, and in “Jewish Life in Argentina” it almost feels beside the point. The history of Argentina’s Jews is nearly as old as the country’s own, and this story is complex and fascinating enough in documentary form. The show’s reading material can keep visitors busy for hours, and next time, perhaps, all the curators need to do is add a few more chairs.