For the Hebrew Mamita, Poets Are Rock Stars Still 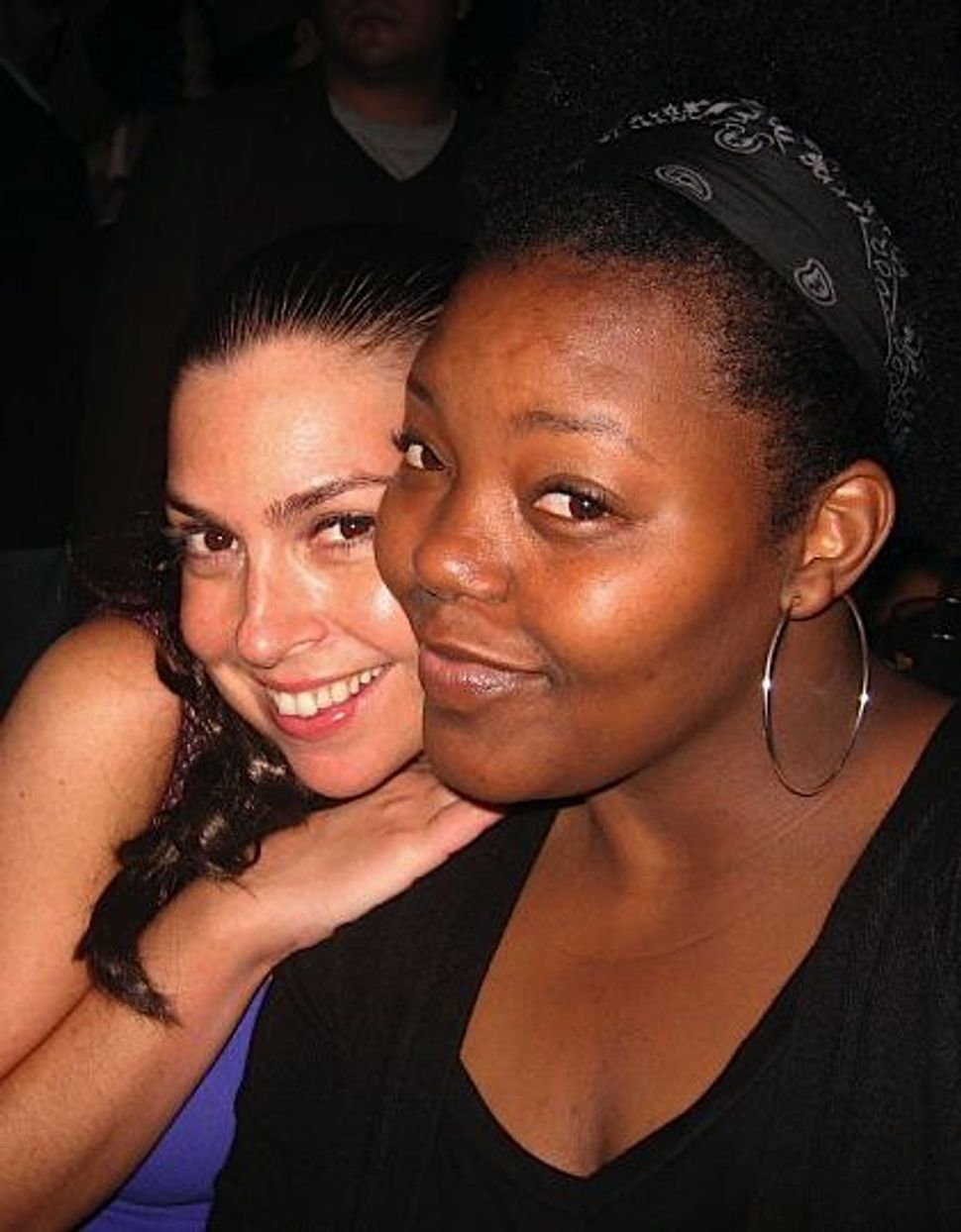 What if I knew more Hebrew than Spanish? What if I only hung out with white girls? What if Orthodox Jews reject me because I have a busted hymen and a head full of human rights? What if I’m not really Jewish?

Those were some of the questions Vanessa Hidary, aka the Hebrew Mamita, asked in a poem she performed on August 16 at New York’s Nuyorican Poets Cafe. Hidary’s candor, humor, and willingness to shock fit the tone and mood of “Throwback,” a showcase of spoken word poetry about sex, race, ethnicity, class, gender, religion, social maladies, and the meta-subject of poetry. With a dozen poets and a capacity crowd of super-fans who recited key lines, the event was a throwback to an era when poets were rock stars.

If you remember when mix tapes were made on cassettes and New York’s 1 train was called the 1/9, then this was your scene. The poets were in their 30s and older, many with long poetry and performance resumes. Some of them may even recall first-hand the original Nuyorican Café founded 35 years ago in an East Village apartment. Per the throwback theme, each poet performed one new and one old poem, all filled with references to historical figures, literary legends and old school urban culture.

Several poets mentioned the socioeconomic changes in New York. Kasim Allah remembered “when most white people in Harlem were homeless.” Still, there was a collective implication that that the more things change, the more they stay the same. One poet wondered if conditions in South Africa had improved since the end of apartheid. Brother Earl used the board game Othello as a metaphor for interracial dating. Another poet commented on societal divisiveness via the contents of a refrigerator. And after celebrating his wardrobe, ButtaFlySoul noted: “No matter how fly my gear is/New York City cabs still don’t stop.”

Despite the lack of instruments, the night was filled with music and references to songs. One poet sang an a capella overture and coda to a poem about pregnant teenage girls in group homes. Another borrowed lyrics from Dionne Warwick’s “Walk on By” in a poem about an ex-boyfriend. And Allah remixed the classic Jackson 5 hit “ABC” with his own acronyms: “HIV/CDC/That’s how easy death can be.”

Other crowd favorites included a woman’s encounter with a man whose bad breath had “more kick than ‘Crouching Tiger, Hidden Dragon’”; a poetic letter to the singer Trey Songz that ridiculed his faux sexiness; and a mock feud between the Brooklyn-born host EPatric and several poets from New Jersey. The Garden State definitely represented, but the Hebrew Mamita had the last word in a poem about an ex-lover who dumped her and moved to Peru. The thing she misses most about him? “He f*cked me like Brooklyn.”

The next Throwback Poetry Showcase will be on October 26 at 9 p.m. at Nuyorican Poets Cafe.

For the Hebrew Mamita, Poets Are Rock Stars Still