If Sigmund Freud Put C.S. Lewis on the Couch… 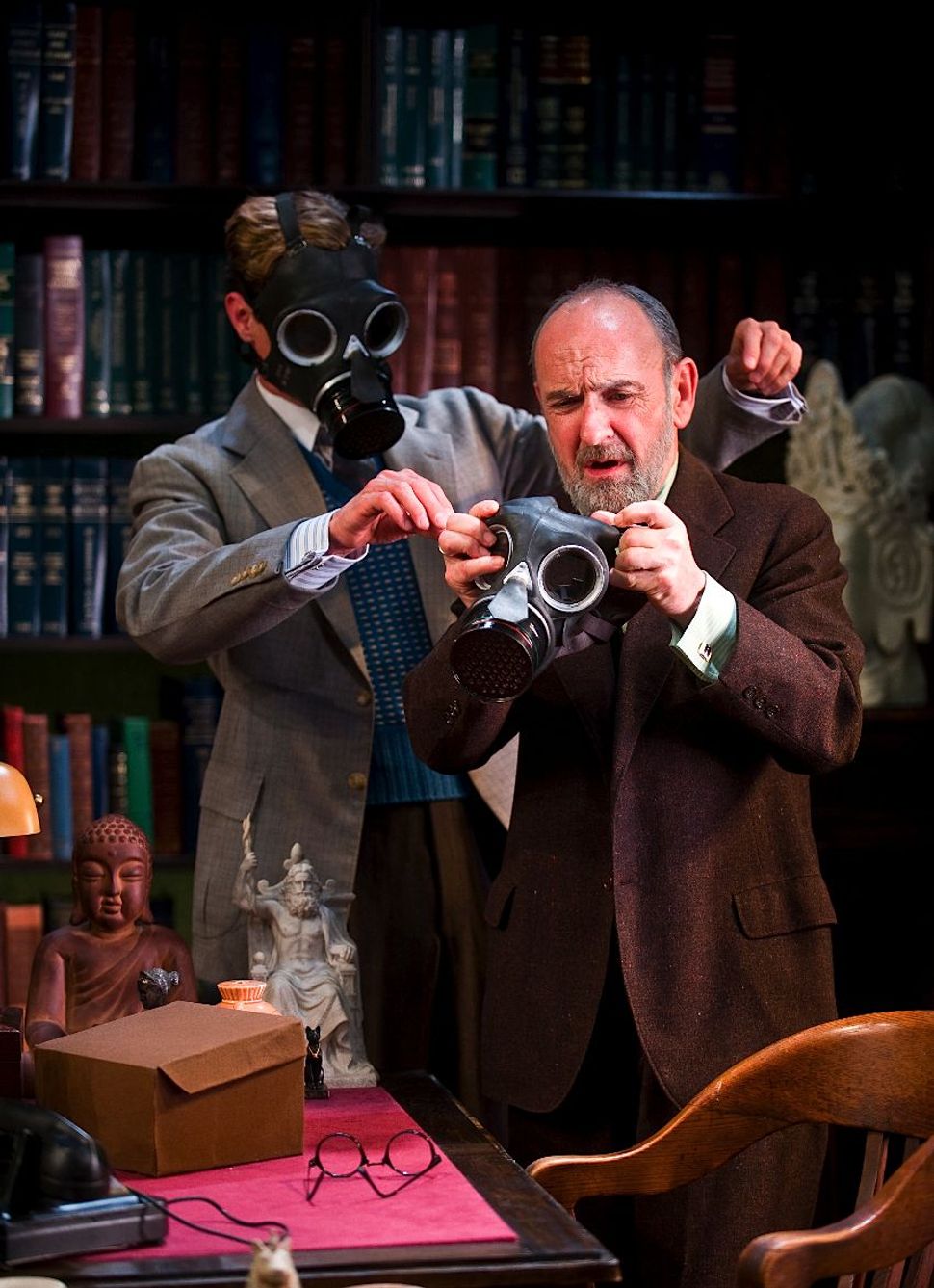 Both Sigmund Freud and C.S. Lewis devoted their lives to studying the nature of life, death and God, yet the two thinkers came to opposite conclusions. Whereas Freud believed that God is a fantasy we create to fulfill our longing for a perfect father, Lewis argued that this longing itself proves the existence of God, much like our thirst presupposes the existence of water.

With such a perennially interesting question between them (along with many others), it’s shame the two thinkers never got to debate the issue face-to-face.

Now, playwright Mark St. Germain imagines what Freud, a secular Jew and the father of psychoanalysis, and Lewis, an Oxford scholar (and “Narnia” author) who returned to Christianity in his early 30s, would have discussed if stuck in the same room for 80 minutes.

“Freud’s Last Session,” — currently playing at New York’s Marjorie S. Deane Little Theater — is set on September 3,1939, with Europe on the brink of World War II. An elderly Freud, played by Martin Rayner, has invited the 41-year-old Lewis, played by Mark H. Dold, to his new home in London, having fled his native Austria. Soon after Lewis arrives, the friendly yet impassioned argument begins.

The two scholars debate everything from the role myth plays in preserving Truth, to the problem of Evil in a world created by an all-good and all-powerful God. Along the way they discuss topics ranging from the nature of sexual tension to the necessity of humor and the joy of music. At some point, each man finds himself lying on Freud’s famous couch, fumbling to answer questions about his own beliefs.

Many critics have praised the two man show for its witty banter, thoughtful insights and superb acting. Fern Siegel in The Huffington Post wrote that “Freud’s Last Session” contains a “great chemistry between the men, aided by St. Germain’s crisp, carefully calibrated script,” while Backstage called it a “near-perfect gem of a play.”

The sharpest criticism of the play, however, is that it sacrifices philosophical depth for conversational breadth. The New York Times noted that “There’s plenty of fuel in Freud’s Last Session. But sometimes there’s a lack of fire.”

Much of the show’s philosophical dialogue is derived from “The Question of God” by Dr. Armand M. Nicholi Jr., a professor of psychiatry at Harvard who has made a career out of comparing and contrasting the two intellectuals. While the play is a good introduction to the issues, for those interested in exploring the ideas more deeply, reading “The Question of God” might be preferable.

Indeed, whenever Lewis and Freud are on the verge of getting beyond their initial point-counterpoint exchange, they’re interrupted by an incoming phone call or a coughing fit from Freud, who was suffering from oral cancer at the time and would commit suicide a few weeks later.

Perhaps the dramatist in St. Germain was worried that the audience might get bored watching two men talk in a play without a plot. To that end, he reminds the audience about the approaching war through bomb sirens and speeches on the radio — as though the question of whether we are alone in the universe doesn’t contain enough excitement in itself.

Still, it is the intellectual drama of the play that is its greatest strength. While some adherents to either side of the debate will claim the other is clearly wrong, “Freud’s Last Session” offers no simple answers. What it does demonstrate, however, is that intellectual rivals can engage in a clash of ideas without it turning into a battle of fists or bombs.

If Sigmund Freud Put C.S. Lewis on the Couch…