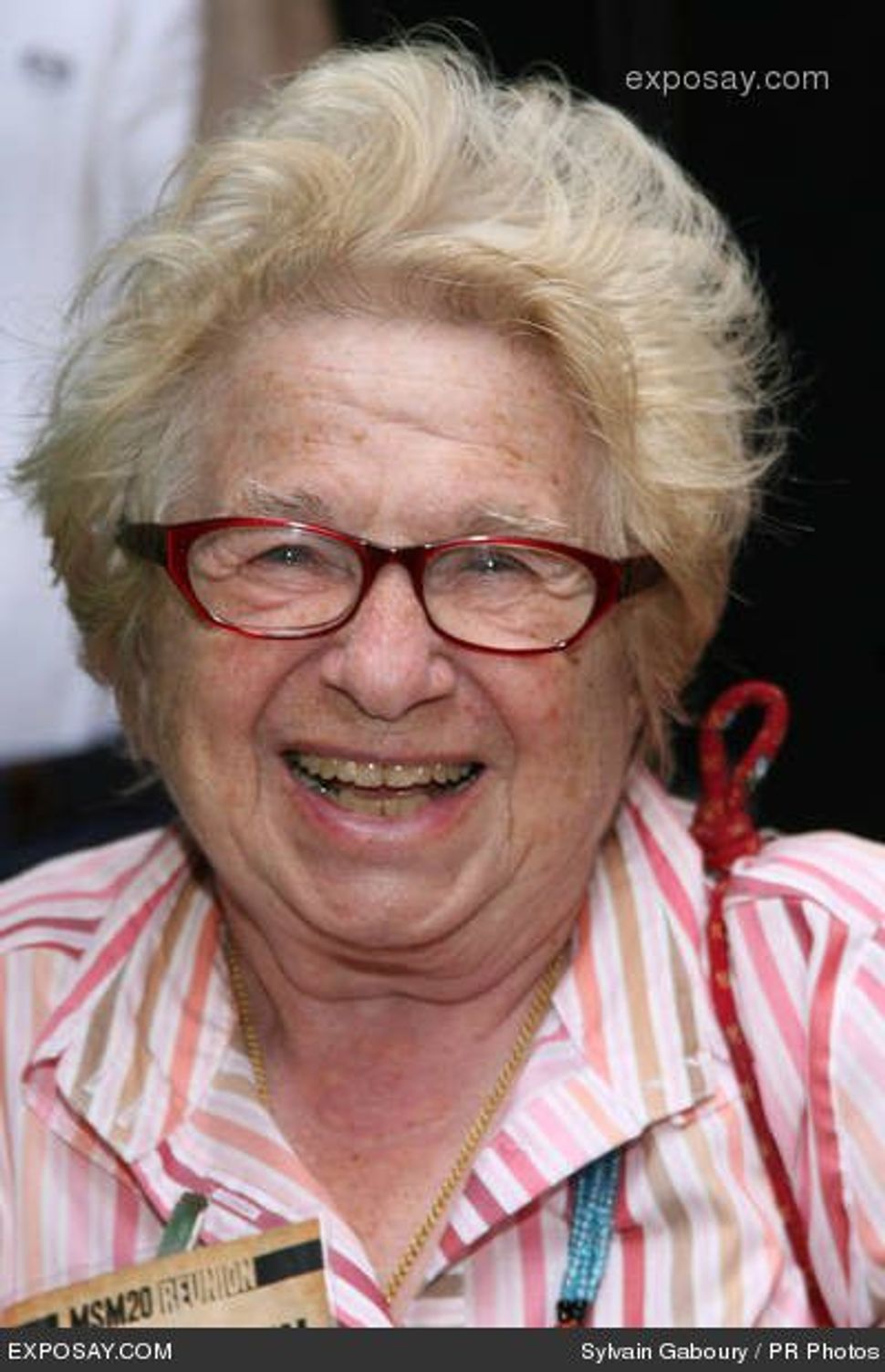 Dr. Ruth Westheimer has a new project — and it has nothing to do with the bedroom.

Those who know Westheimer for her tips on intimacy and sexual literacy may be surprised by the move, but this is not her first foray into film. As her website suggests, her fascination with minority groups has already culminated in films on Ethiopian Jews, religious values, the Druze and Bedouin women. The Circassian work is simply her next step.

Born to an Orthodox Jewish family in Germany, Westheimer escaped the Holocaust when her parents sent her to an orphanage in Switzerland. By 17, she was fighting for Israel’s independence as a member of the Haganah. She later she began a long, illustrious career as a sex educator, author, and TV personality.

During the visit to Israel — the place where, brace yourself, Westheimer says she had her first sexual experiences — the quadrilingual sexologist appeared on several talk shows, conversing fluently in Hebrew.

According to the AP, the film comes at an opportune time for Westheimer, as she has little to say about the field that made her famous. “I don’t have any new research. There is nothing new under the sun,” Westheimer said about sex research.

But, she says, “Sex is still the most interesting subject under the sun,”

Case in point: To raise money for her upcoming film, she said she promised donors “good sex for life.”